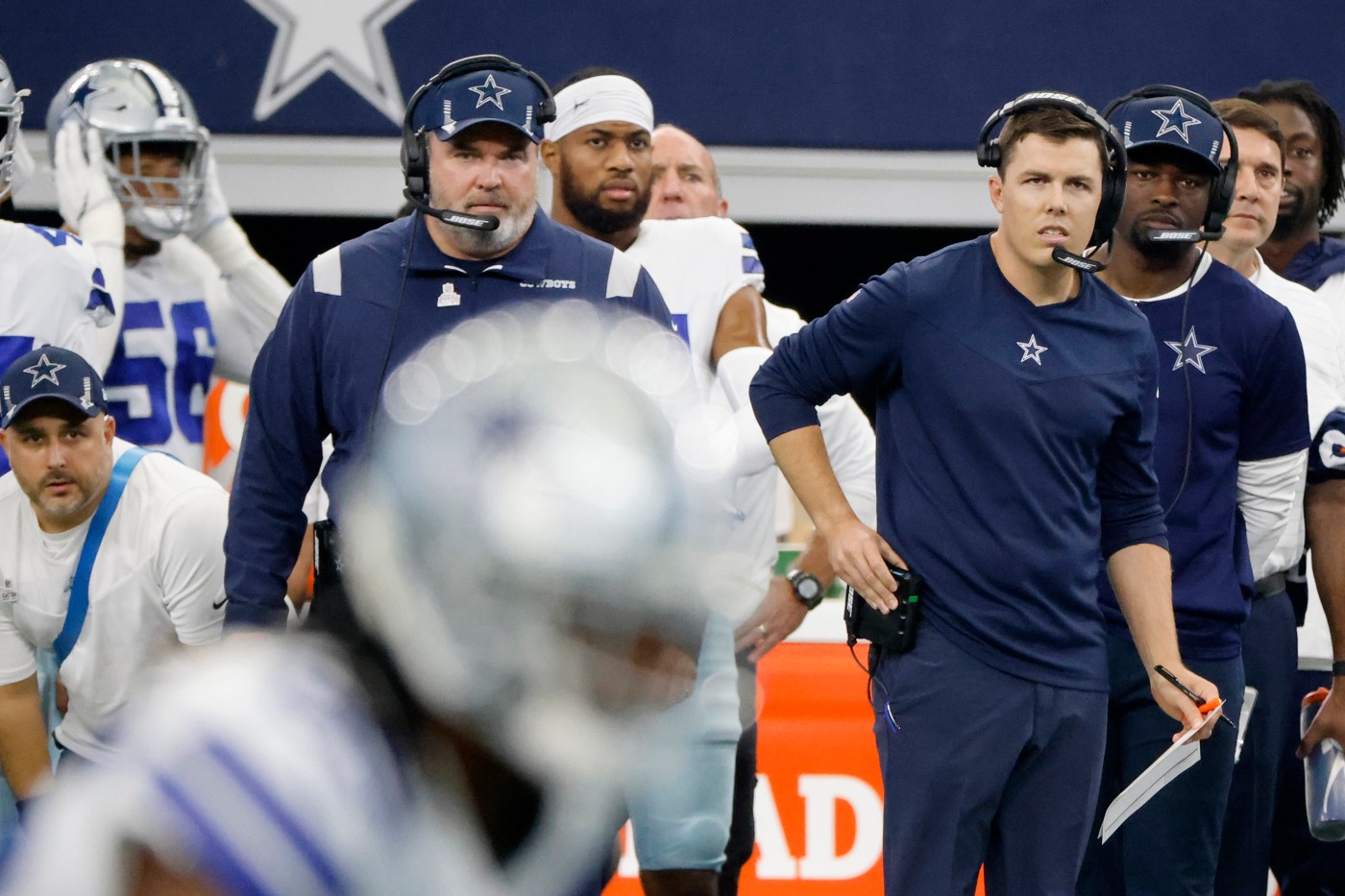 A day after promising to be “open-minded” during his first Broncos coaching search, general manager George Paton cast a wide net by requesting to meet with seven candidates ranging in age from 33-52 and NFL experience from 4-19 years.

Because the Packers have a first-round playoff bye, Hackett is eligible to conduct interviews this week and is already scheduled to visit with Jacksonville. The other four coaches, if they choose, can meet with the Broncos on Sunday (Mayo), Monday (Bieniemy, Gannon, Moore and Quinn) and next Tuesday (O’Connell) after their teams’ first-round playoff games, win or lose.

The Broncos and Jaguars were joined Monday on the coaching market by Chicago, Miami and Minnesota.

Despite a streak of six consecutive non-playoff seasons and consistent tumult at the quarterback position, the Broncos’ job is believed to be attractive.

“You have a good general manager that coaches will want to work with, you have some nice pieces on defense, a really good receiving corps and a stud running back with (Javonte) Williams,” a league source told The Denver Post. “Obviously, the reason why Vic (Fangio) got fired is the quarterback and that’s the key piece they need to figure out.”

The source ranked the five openings as the Broncos, Miami, Chicago, Minnesota and Jacksonville.

Among the first six candidates, only Quinn has previous head-coaching experience at any level. A closer look at each coach:

+ Gannon, 39, is a first-year coordinator and was Minnesota’s assistant defensive backs coach from 2014-17 when Paton was in the Vikings’ front office.

+ Moore, 33, went right from Cowboys’ backup quarterback to quarterbacks coach and has called the plays for the past three years.

+ O’Connell, 36, spent time as a player with five teams before moving into coaching with Cleveland in 2015. He has worked for the Browns, San Francisco, Washington and joined the Rams in 2020 as a non-play-calling offensive coordinator.

Mayo and Bieniemy, if they interview, will fulfill …read more