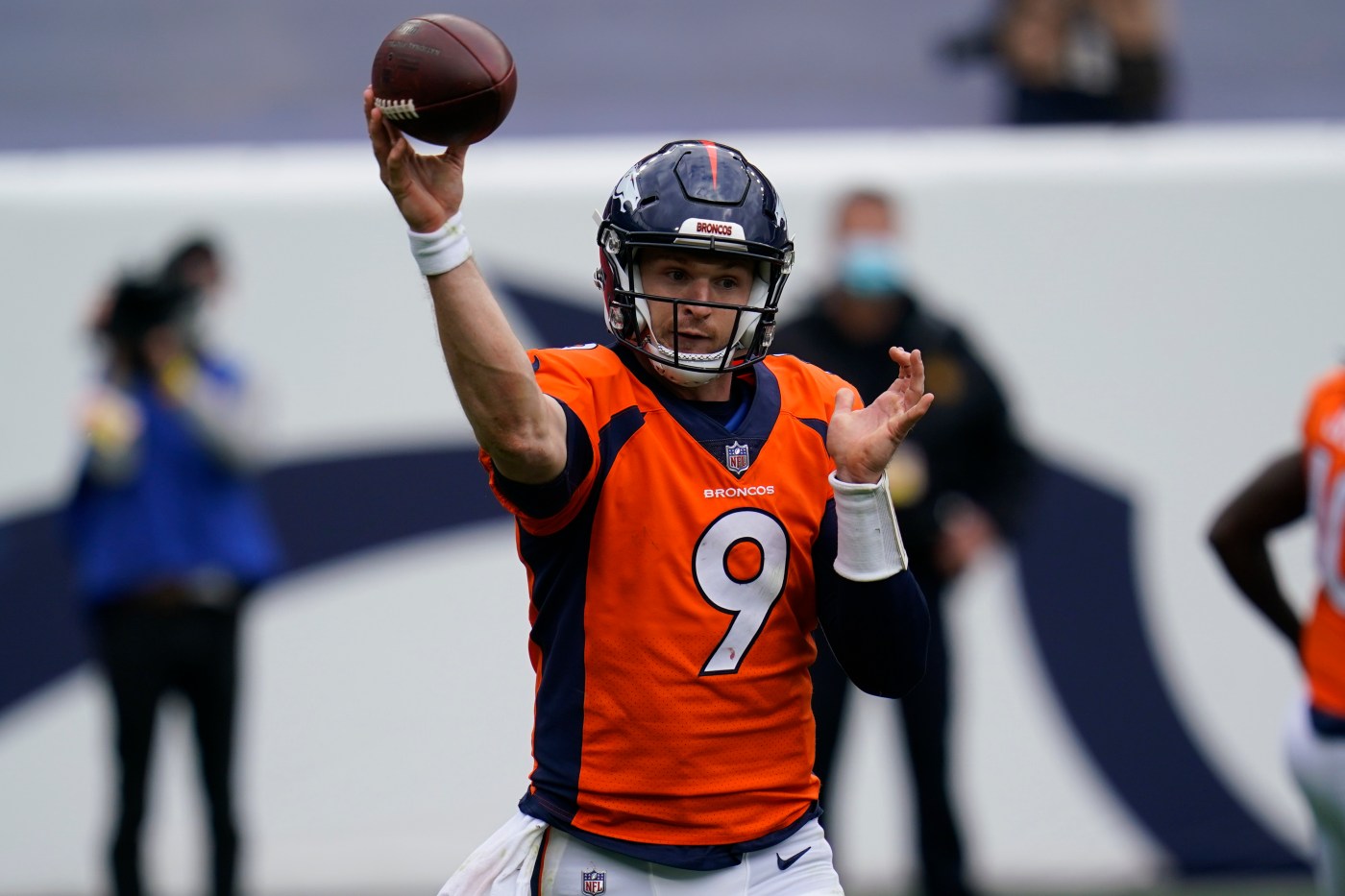 Jeff Driskel’s uneventful tenure with the Broncos has come to an end.

Denver cut the quarterback Monday, a league source said. Driskel signed a two-year, $5 million deal ahead of the 2020 season to be Drew Lock’s backup, but that didn’t pan out as he made just one start before being demoted to third string.

Driskel nearly led the Broncos to a comeback win in Week 2 after Lock went down with a shoulder injury in Pittsburgh, but his performance the next Sunday was poor. He was benched on the final possession of that Week 3 home loss to Tampa Bay in favor of Brett Rypien.

Denver Broncos’ 2021 NFL draft picks: Everything you need to know

Keeler: Vic Fangio, you got the Broncos draft you wanted. Time to go win with it.

After being sacked 11 times over two games, coach Vic Fangio expressed frustration that the quarterback was hanging on to the ball too long. Driskel threw three touchdowns and two interceptions, and had a 78.4 rating with the Broncos.

The departure of Driskel leaves three quarterbacks under contract for the Broncos: Lock, Rypien and Teddy Bridgewater, who was acquired via last week’s trade with Carolina.

Meanwhile, the Broncos also added to their roster Monday with the signing of free agent tight end Eric Saubert, a league source said. A 2017 fifth-round pick by the Falcons, Saubert has 10 catches for 85 yards in 40 career games for Atlanta, Chicago and Jacksonville.

Saubert joins a Broncos tight end room headlined by Noah Fant and Albert Okwuegbunam. Austin Fort is also under contract, and the Broncos agreed to terms with undrafted free agent Shaun Beyer out of Iowa.