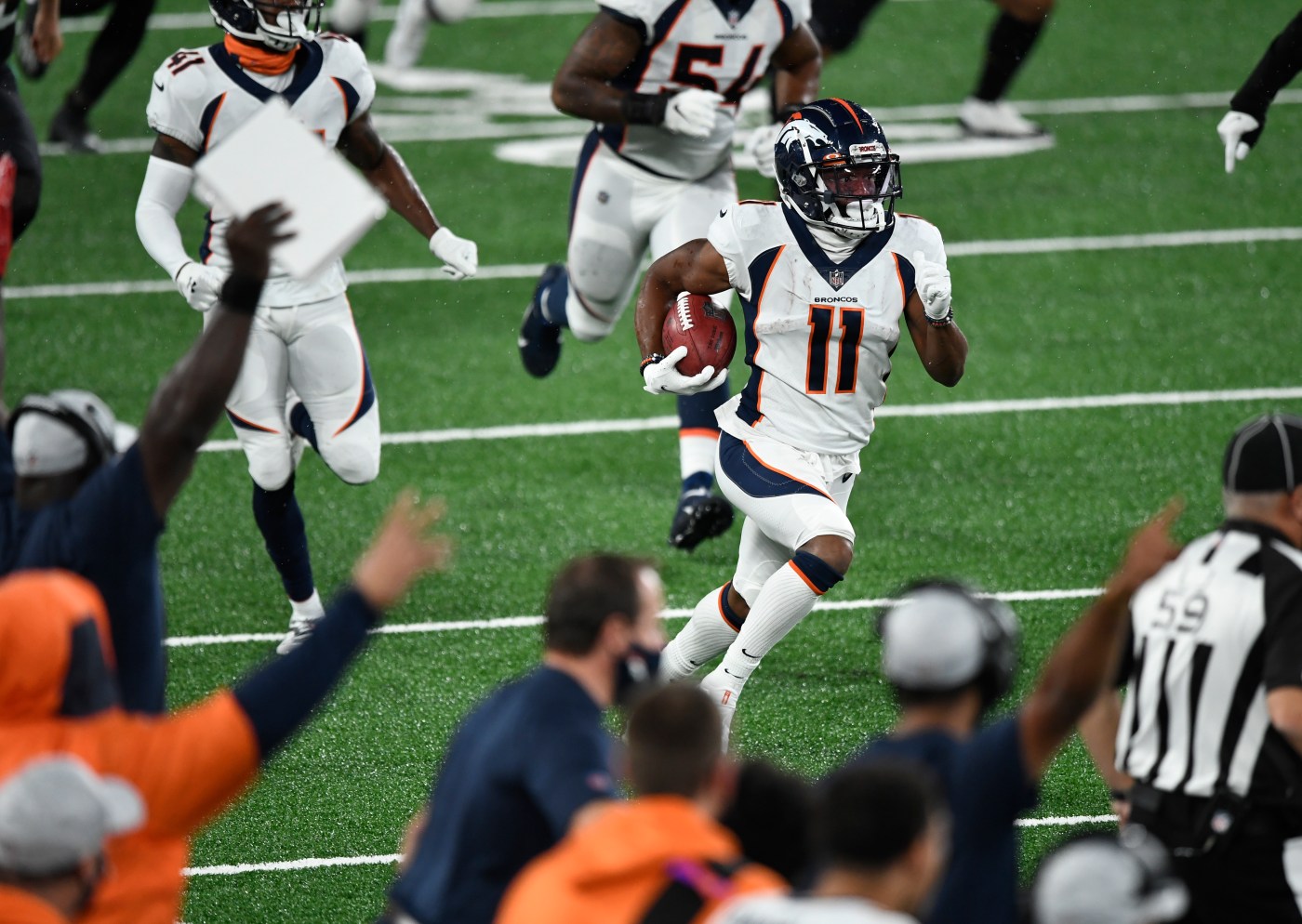 After an unexpected early bye week due to positive COVID-19 cases in New England, the Broncos (1-3) are entering Week 6 looking at 12 straight weeks of games in front of them.

First up: The Patriots on the road where Denver hasn’t won since the Jake Plummer era. Plus, Cam Newton may be back. Enjoy.

Here’s a look at how various national experts rated the Broncos in their power rankings entering Week 6:

“If there’s a silver lining to the unexpected bye week, it’s that when the Broncos do (hopefully) play in Week 6, there’s a chance that Drew Lock will be back under center.” See the full rankings.

“They were forced to have their bye last week, and now must travel to play the Patriots this week. Drew Lock should be back,” Pete Prisco writes. See the full rankings.

“The Broncos’ lackluster scoring offense isn’t far behind their defense’s inability to create takeaways in terms of the team’s biggest weakness after four games, but the two go together. The team has lost the turnover battle in three of its games, including a minus-3 effort in their only win over the struggling Jets. They have forced turnovers in just one game — their Week 2 loss in Pittsburgh. Their two takeaways tie them with Houston for last in the league. As a result, they haven’t created many short fields for an offense that has used three quarterbacks already and has lost its best wide receiver — Courtland Sutton — for the season with a knee injury,” Jeff Legwold writes. See the full rankings.

“Some Broncos players expressed unhappiness with the NFL’s decision to postpone Sunday’s scheduled Week 5 matchup against the Patriots after another positive coronavirus test in New England, thus turning what would have been a game week into their bye for the season. … The league made the right decision to put the safety of the teams first, but players are creatures of habit, and bye weeks are hugely important as physical and mental breaks during an arduous season. There’s no avoiding the reality that the 2020 campaign is an imperfect machine,” Dan Hanzus writes. See the full rankings.

“The Broncos didn’t play in Week 5. That doesn’t hide the fact their more limited offense still has a daunting date with the Patriots next,” Vinnie Iyer writes. See the full rankings.

“The silver lining of the COVID-related postponement is that Drew Lock gets another week to get healthy–they’re good enough to steal some games with Lock under center. But man, injuries to Lock, Von Miller, Courtland Sutton and A.J. Bouye is the kind of consequence normally …read more