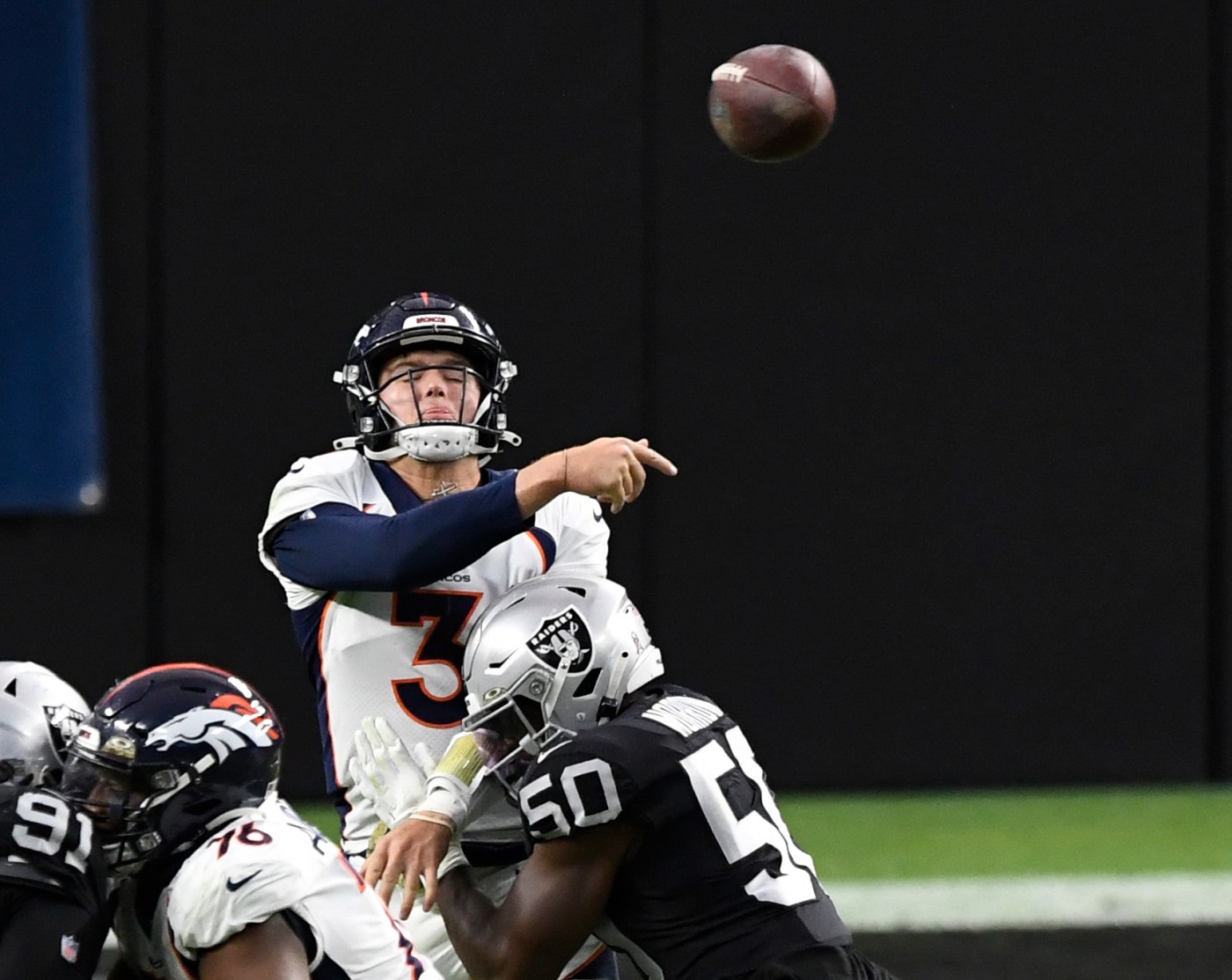 Broncos quarterback Drew Lock returned to practice in a limited fashion Thursday, which represented a positive step toward starting Sunday against Miami.

“I’m feeling better every day,” said Lock, who sat out Wednesday’s practice. “It’s been a good process so far with the doctors and all of the trainers here. I got to go out and throw the ball. It’s all I could ask for (Thursday). I was excited and ready to get back out there and throw it and it was feeling good.”

During the 30 minutes of practice open to media, Lock took part in the team stretch, tossed soft passes to the other quarterbacks and received shotgun snaps. It was clearly a be-cautious-but-still-do-something workout. Before practice, coach Vic Fangio said the plan was for Lock and Brett Rypien to split team-period snaps.

“I think (Lock is) getting better,” offensive coordinator Pat Shurmur said after practice. “He did some work (Thursday), but we’ll just have to see what the rest of the week brings. He’s obviously trending toward playing better than (Wednesday).”

“I was feeling it (during the game), but you play football your whole life, you get twisted ankles and a bruise here and a bruise there,” he said. “How I was raised (was), ‘You’re tough, you’re going to go out and play until they drag you off the field.”

Asked if he will be able to play Sunday, Lock said: “I would like to be. I’m going to take it day-by-day with these doctors and trainers and even the coaches. I’ll let them make a decision on whether they want to play me or not. Obviously, I’ll give my opinion and it’s, ‘I want to play.’

Lock threw four interceptions at Las Vegas, giving him 10 (all in the five games since his return from a shoulder injury) for the year, tied for third-most in the NFL.

Shurmur punted on a question about how he balances being the play-caller and providing critical feedback with being a psychologist and making sure his struggling quarterback stays positive.

“As a play-caller, you’re trying to do the right things to get the team in the end zone,” he said. “… Everybody has to make good decisions. He has to remain aggressive, but efficient.”

The Broncos have shown an ability to produce chunk plays — 51 passes of at least 16 yards and 17 rushes of at least 12 yards — but have been consistently inefficient.

At the root of the struggles, Lock pointed to turnovers (league-high 21), avoiding third-and-long (59 of the Broncos’ 122 third-down plays have required eight or more yards to go) and “maximizing our first-down play” (they are 31st at 4.71 yards per first-down snap).

“There are a lot of little, intricate things that go on in football that are biting us in the butt right now,” he said.