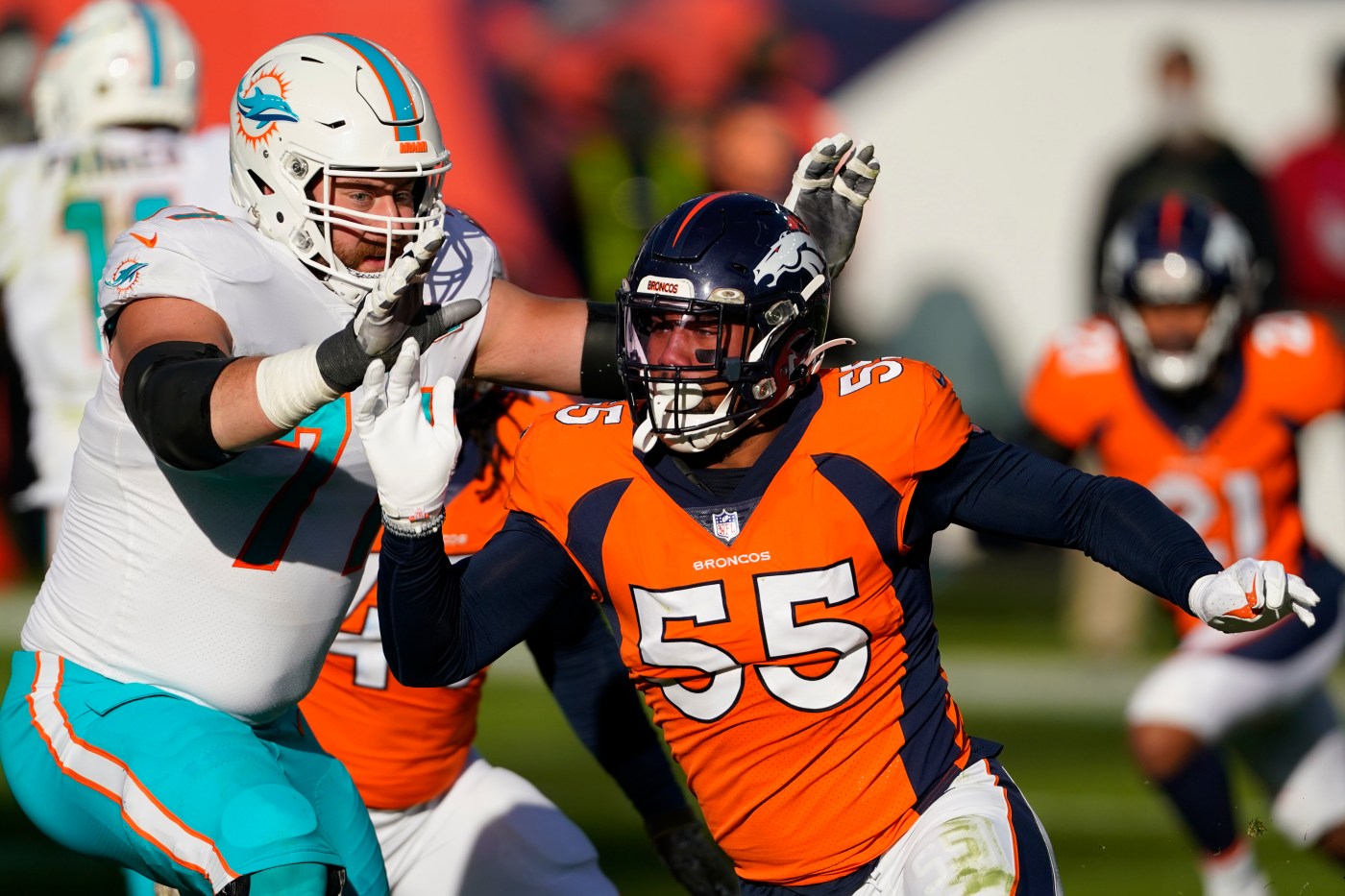 The Broncos started poorly (again) when quarterback Drew Lock threw an opening-series interception and followed with a three-and-out. From there, though, the offense finished the first half by going touchdown, field goal and field goal for a 13-10 lead. The run game showed its long-awaited burst (having a lead helped). Melvin Gordon and Phillip Lindsay had rushes of 25 and 20 yards, respectively, in the first half, and the story of this game offensively was the running game. The Broncos carried 33 times for a season-high 189 yards. Gordon kept Miami in it with a fourth-quarter fumble at the goal line. Lock overcame the early interception to complete 18-of-30 passes for 270 yards. The third-down work wasn’t great (4-of-12), but the offense was ignited by Lock’s 15-yard pass to KJ Hamler on third-and-10 during the third drive. That led to Gordon’s touchdown and settled the whole unit down.

The Broncos tied a season high with six sacks, set a season high by forcing five three-and-outs and capped the game with safety Justin Simmons’ end-zone interception with 1:03 left. Miami had only 105 yards offense through three quarters and Dolphins coach Brian Flores turned to Ryan Fitzpatrick after rookie Tua Tagovailoa took a big hit from outside linebacker Bradley Chubb (although Flores said the decision was performance-related). Miami’s only touchdown capped a 22-yard drive after Lock’s interception. An iffy holding penalty on A.J. Bouye negated Simmons’ interception on that possession. The Dolphins, though, found the going difficult. Miami had four three-and-outs in the first half as the Broncos created three sacks. The Dolphins’ third drive elapsed 7 minutes, 21 seconds (second-longest allowed by Broncos this year), but Miami settled for a field goal. The Dolphins had only 56 yards rushing. Miami reached the Broncos’ 15 before Simmons’ interception.

In season marred by injuries and coronavirus, Broncos practice squad becomes critical pipeline in filling out Denver’s roster each week

A smart move by special teams coordinator Tom McMahon and terrific execution by kicker Brandon McManus and punter Sam Martin to neutralize standout returner Jakeem Grant. McManus boomed four kickoffs into the end zone. Martin punted well directionally to allow the Broncos to use the sideline as a 12th defender and had a whopping 50-yard net average. Diontae Spencer’s decision making on returns was smarter than last week — he took a kickoff out from a yard deep in the end zone (22-yard return). Two penalties on returns, one apiece by Michael Ojemudia and Alijah Holder, cost the Broncos field position. McManus connected on field goals of 29 and 47 yards. Arguably the best special teams performance of the year.

Broncos up-down drill: Highs and lows for Denver against the Dolphins

Broncos hold on for gritty win against Dolphins as defense shows up, run game posts season-high