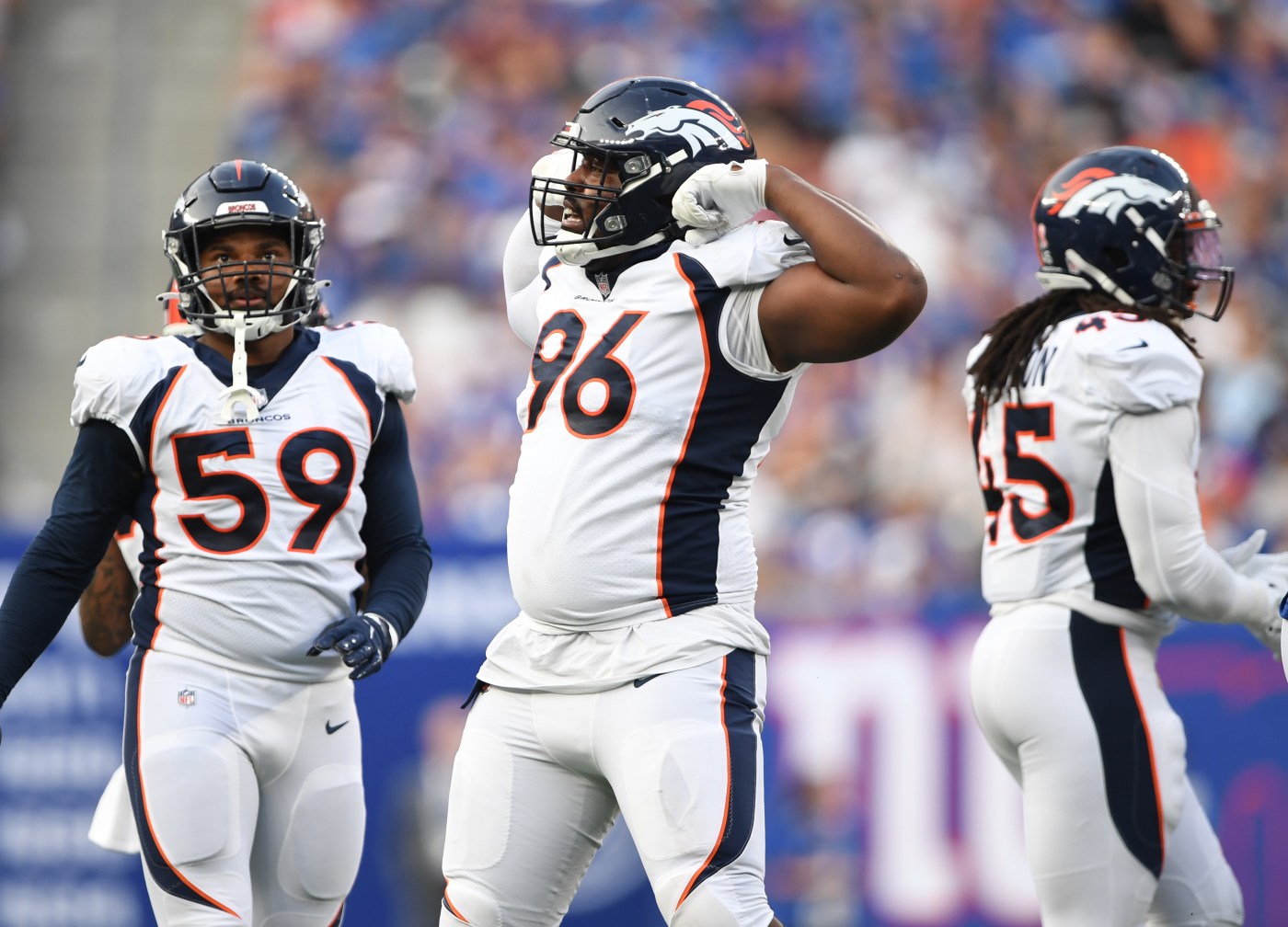 Only tight end Albert Okwuegbunam’s fumble at the Giants’ six-yard line late in the first half kept the Broncos from getting an A. Everything else? Just about ideal. Teddy Bridgewater was lights out, completing 28 of 36 passes for 264 yards and two touchdowns. The offense went 7 of 15 on third down and 3 of 3 on fourth down. Melvin Gordon scored on a 70-yard touchdown. And Jerry Jeudy and Noah Fant had six catches apiece. Bridgewater was especially effective when having to vacate the pocket. The high ankle sprain to Jeudy put a mini-damper on the loss, but the receiver room’s depth was on display with Tim Patrick catching four passes and KJ Hamler catching three passes.

Let’s start with the run defense. The Giants were completely bottled up. Quarterback Daniel Jones was the team’s leading rusher. Enough said. Saquon Barkley is clearly not up to full speed and managed only 26 yards on 10 carries (long of five). At one point, the Giants were being outgained by the Broncos 337-171. The Broncos should be encouraged by Von Miller’s first full game since December 2019 (two sacks and one tackle for lost yardage). Josey Jewell’s forced fumble of Jones in the third quarter basically ended the Giants’ hopes. The play of the cornerbacks was a little concerning. The Giants had completions of 17, 37 and 42 yards.

Broncos up-down drill: Highs and lows for Denver against the Giants

Padres, not Dodgers, are the team Giants need to be concerned about

WATCH: Broncos’ Teddy Bridgewater connects with Albert Okwuegbunam for the TD on fourth down against Giants

Brandon McManus was good on field goals of 23 and 36 yards and all three of his extra-point attempts and posted touchbacks on four of his six kickoffs. Sam Martin had to punt only twice (38-yard net average) and only two return yards. Diontae Spencer had punt returns of 13 and nine yards. The initial bar for the Broncos’ special teams is set pretty low because they struggled in the preseason and added new faces over the last two weeks that they needed to get up to speed. One of those additions, Mike Ford, had the only negative play of the night — a hit out of bounds on a Giants kickoff return that resulted in a 15-yard penalty.