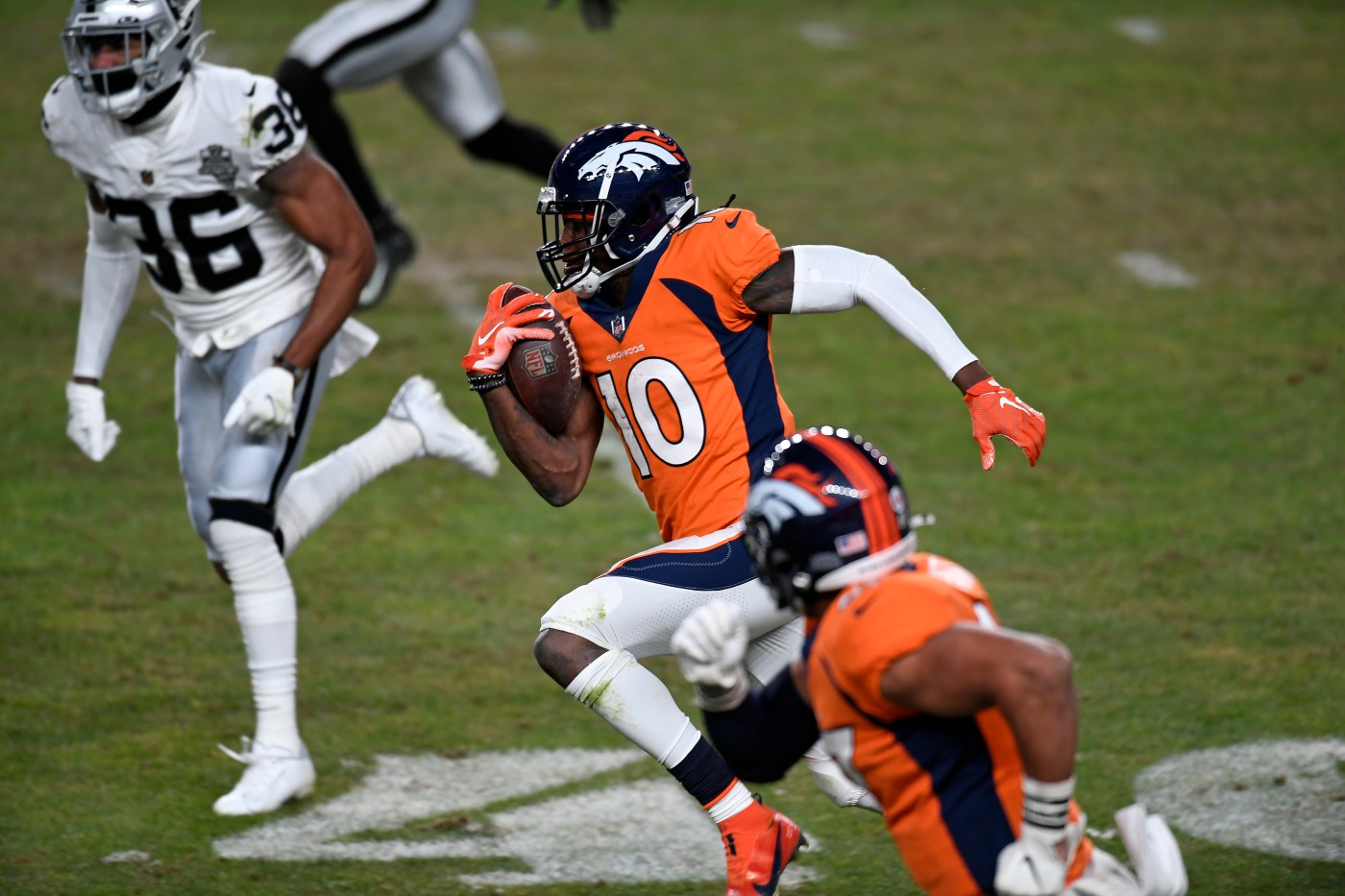 But at least the Broncos’ young offensive players got experience during the 5-11 season. Five first- or second-year players saw at least 500 snaps of action.

Going young generally equals struggles and poor statistics. The Broncos checked both boxes this past season. Following is a statistical review of the Broncos’ offense via The Denver Post’s game charting and supplemented by Stats, Inc.:

The Broncos’ offensive rankings at the season’s quarter marks:

The Broncos’ season-high for offensive snaps was 80 in the loss to Las Vegas (second meeting) and the low was 43 in the loss to New Orleans. … The  Broncos used five offensive line combinations, the most common being Bolles-Risner-Cushenberry-Glasgow-Wilkinson and Bolles-Risner-Cushenberry-Wilkinson-Dotson for six games apiece. … Jeudy led the receivers in playing time only once (vs. Kansas City). Patrick led nine times.

The high total this year was 14 at Pittsburgh and the low total was two vs. New Orleans (replacement QB).

The average length of the passing touchdowns was 19.3 yards. Four were at least 40 yards …read more