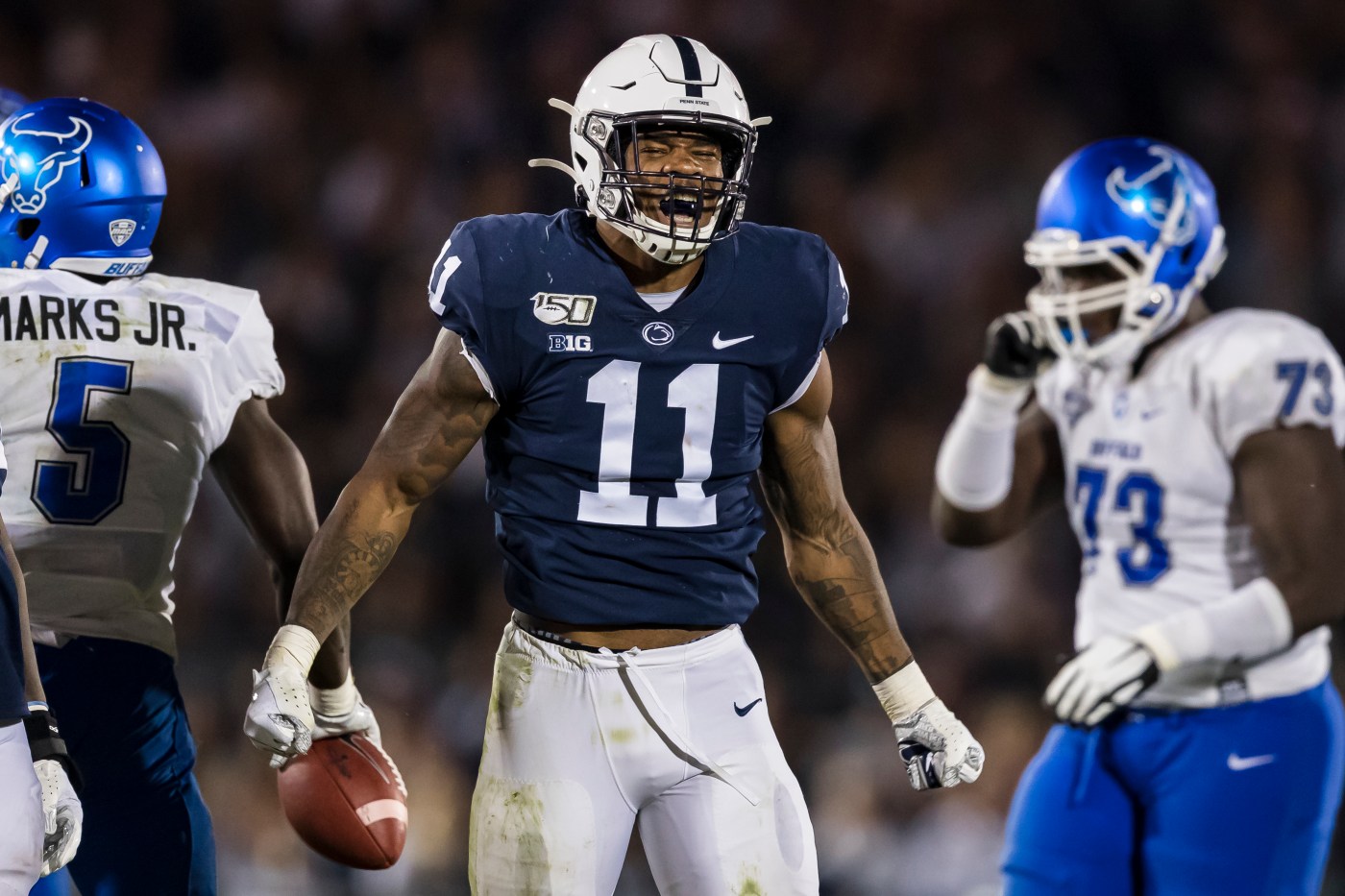 The Broncos’ draft is set to go one of two ways.

General manager George Paton either uses significant capital to trade up for his franchise quarterback or decides to go with Drew Lock as the starter for another season and uses his picks to fortify what looks to be a fairly well-rounded roster.

The expectation here is Paton holds off on swinging for the fences and instead bolsters the Broncos’ defense, addresses a few key spots on offense and sets up a make-or-break year for Lock.

With nine selections to work with, here is a look at how things might play out:

If the Broncos don’t trade up, trading back is certainly an option. Parsons gets a slight nod over Alabama cornerback Patrick Surtain II to give coach Vic Fangio a freakishly athletic off-ball linebacker who totaled 192 tackles (19 for lost yardage) and 6 1/2 sacks in 26 career games. After opting out in 2020, Parsons wowed at Penn State’s Pro Day last month. His 2019 game against Minnesota (11 tackles and a sack) was full of twitchy, sudden movements, as well as some inconsistency. Parsons beat a tight end inside for a tackle for loss, showed off a nasty swim move to beat the left guard for a chase-down, 10-yard sack and had another quarterback hit. However, Parsons took a few incorrect angles in the run game that left him out of position. His instincts need to develop and maturity is a concern, but this pick would add a new dimension to the Broncos’ defense as a 3-4 inside linebacker.

Kiszla vs. Singer: How far can the Nuggets go in the NBA playoffs without Jamal Murray?

Even after signing Week 1 starters Ronald Darby and Kyle Fuller, cornerback remains a long-term need for the Broncos. Fuller is signed to a one-year deal and Bryce Callahan’s three-year contract is up after this season. Stokes had 78 tackles, 26 passes defensed and four interceptions in 36 career games, and offers special teams value as a returner. One question on Stokes was how he factored in when Florida quarterback Kyle Trask torched Georgia for 38 first-half points last November. The game film showed Trask was happy to pick on the rest of the Bulldogs secondary, while Stokes was targeted four times. He allowed completions on a crossing route (four yards) and slant route (14 yards), but also forced an incompletion near the goal line and returned an interception for a touchdown. Stokes showed great awareness on his takeaway, coming off his man to undercut a route by WR Kadarius Toney. At 6-foot-1, Stokes has good physical traits and room to develop. Drafting him would turn the Broncos’ cornerbacks room into one of the team’s biggest strengths.

There are several intriguing draft-and-develop offensive tackles, including Little, Northern Iowa’s Spencer Brown and North Dakota State’s Dillon Radunz. All three would fit the timeframe that makes sense for the Broncos: serve as depth in 2021 and step in for right tackle Ja’Wuan James in ’22. The 6-7 Little was …read more