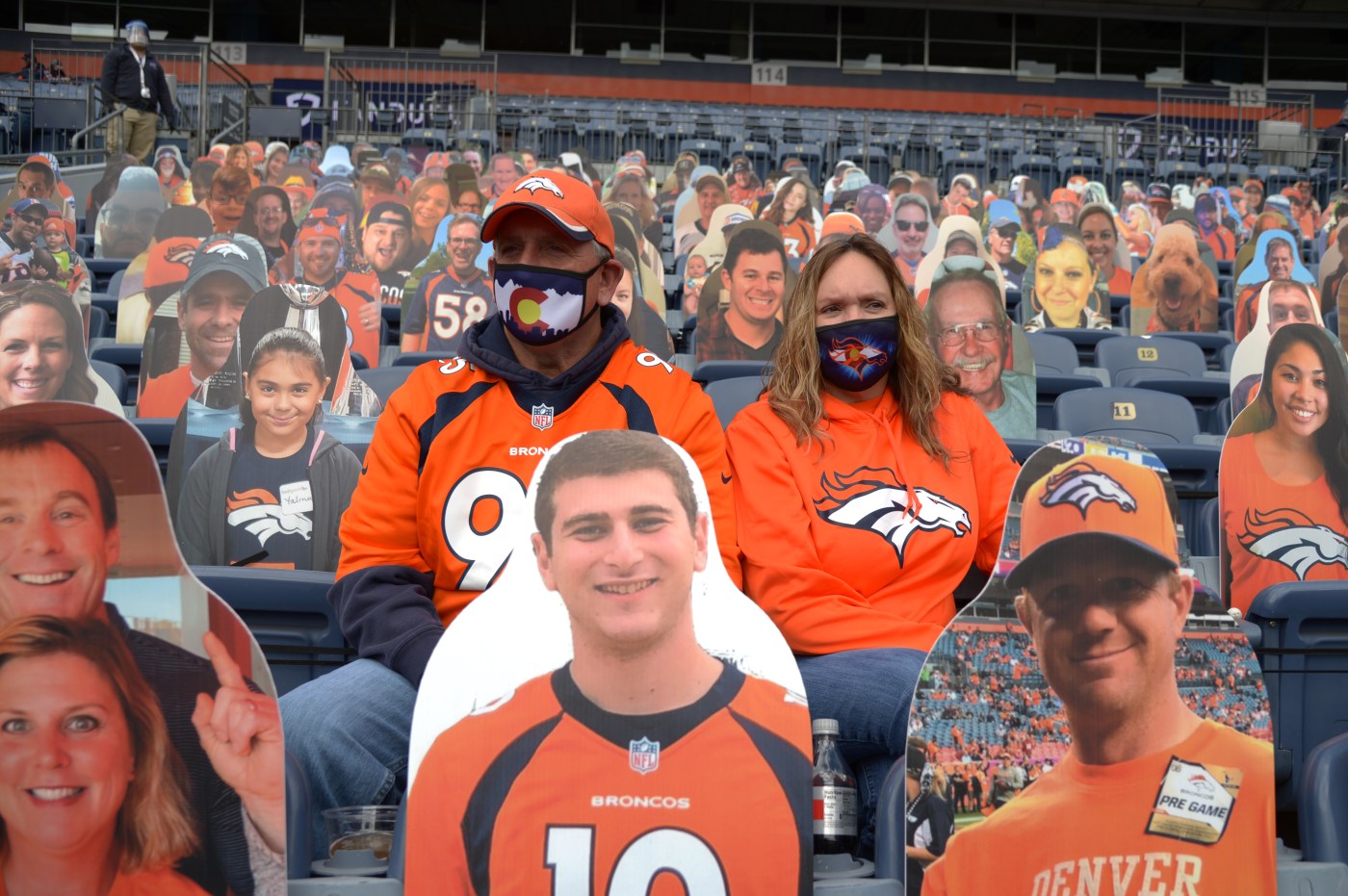 Despite a record spike in coronavirus around Colorado, the Broncos will still allow 5,700 fans into Sunday’s game against the Dolphins at Empower Field, a league source told The Denver Post.

The state health department announced Tuesday that Denver and surrounding metro counties were moving to Level Red, the second-highest level of restriction on Colorado’s coronavirus dial. But a league source said that change, and the rise in cases and hospitalizations statewide, hasn’t affected the Broncos’ attendance capability.

On Sept. 8, Gov. Jared Polis announced a variance for 5,700 fans to attend Broncos home games, and that was officially extended Oct. 5 to cover the team’s seven remaining games at Empower Field. The team initially opened the season to no fans at Empower Field in Week 1 against Tennessee.

On track for fourth consecutive losing season, Broncos should take cues from the young, surging Dolphins

The Level Red designation, a notch below Level Purple which includes a stay-at-home mandate, allows outdoor events at 25% capacity or 75 people, and individuals can only attend outdoor events with members of their own households.

A league source said the Broncos’ current attendance rules and safety measures fall in line with the Level Red mandates. An attendance of 5,700 is about 7.5% of the stadium’s capacity, while seating is sold in “pods” of one to six tickets and sections are separated into smaller groups with designated entry, concession and restroom areas. Masks are required and there are signs everywhere to remind fans to social distance.

The Broncos have been in constant communication on attendance at Empower Field with Gov. Polis’ office, which the league source said has approved of the club’s efforts to limit co-mingling at games (no tailgating or congregating inside the concourses/stadium bowl is allowed).

Gov. Polis’ office did not respond to request for comment for this story. Meanwhile, Scott Bookman, Colorado’s COVID-19 Incident Commander, told 9News that “the Broncos have been wonderful partners throughout the course of this pandemic” when asked about why the team is able to still have fans while restaurants, bars, offices, schools and gyms are all facing severe restrictions starting this weekend.

“We continue to be in conversations with the Broncos to make sure that we are doing all that we can to keep everyone safe (at the games),” Bookman said.

All ticket inventory for Sunday’s game will again be limited to the 100 level, …read more