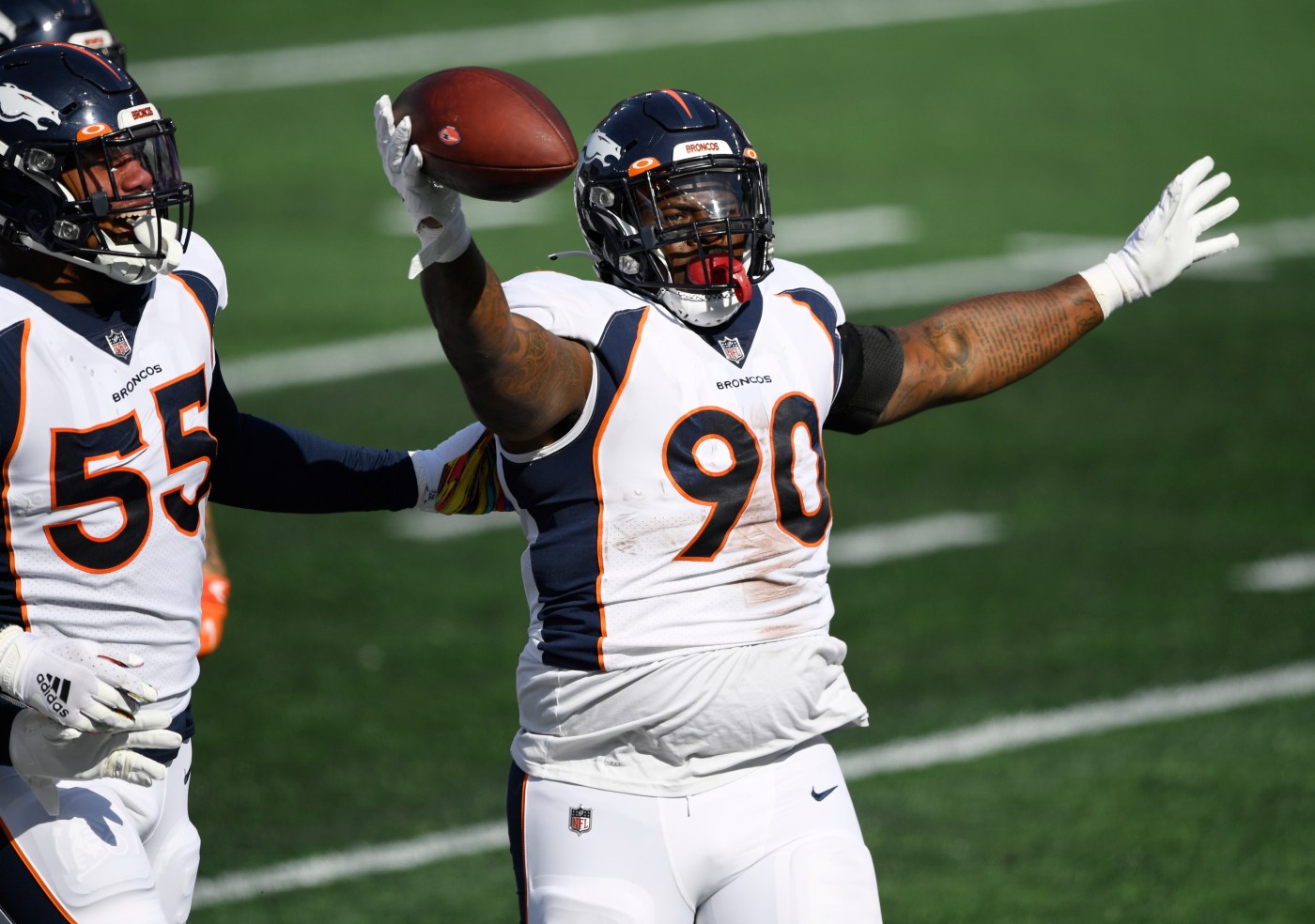 Up: The game plan (defensively). The Pats were a mess on the offensive line, and Broncos coach Vic Fangio knew it, dialing up blitz looks that had the hosts guessing early. The Broncos had three takeaways. They’d forced two, total, in the previous four games.

Down: Red-zone blues (again). This one would’ve been over by halftime if the Broncos’ demons inside the 20 hadn’t struck again. Denver was 0-for-2 on touchdowns in the red zone and came into the day as the fifth-worst in the NFL in touchdown percentage in the red zone (46.2%).

Up (and down): Belichick’s decision-making. The Evil Genius was off his game almost from the get-go. But never more so than late in the third quarter. Down 12 and having forced the Broncos into a third-and-4 at the New England 36, the Pats’ coach elected to decline a penalty rather than push the Broncos farther out of field-goal range. It was strange on several fronts, because the Denver offense had struggled all day in the red zone while kicker Brandon McManus has been automatic. Sure enough, the Denver kicker converted from 54 yards out, pushing the visitors’ lead to 15 points.

Up: The ground game. With Phillip Lindsay back in the fold, the Broncos ran for a season-best 135 yards on the ground and controlled the line of scrimmage most of the afternoon. Anybody missing Melvin Gordon? Yeah, what’s what we thought.

Down: Red-zone drops (also again). And there’s why you miss Courtland Sutton. One toss in the end zone went through the mitts of Jerry Jeudy. Another two slipped out of Albert Okwuegbunam’s grip. Snare one of those, and the Patriots would’ve been buried early.

Up: DeShawn Williams’ pick. Williams is now just the 19th player in Broncos history to snare a pick in his first career start. And he’s only one of two Denver defensive linemen to ever pull that off. (Elvis Dumervil was the first, back in 2007.)

Up: No penalties early. You know how to win on the road? Run the ball. Force turnovers. And play clean. The Broncos’ first penalty came with 10:29 left in the fourth quarter. And it was their choice, a delay-of-game penalty on 4th-and-1 at midfield.

Up: Two franchise tight ends? Anyone else stoked about the idea of a healthy Noah Fant and a healthy Albert O at the same time? Especially in the red zone?

Up: Finally, a game! The Broncos played Sunday for the first time since Oct. 1. In a non-strike year, only three teams have gone longer between games than the Broncos’ 17-day span. After the Sept. 11, 2001, terrorist attacks, New Orleans, Pittsburgh and Tampa Bay all went 20 days between games.

Up: Route 1 traffic. The Patriots’ stadium is, well, not near anything, which has traditionally meant for a tricky game-day commute off Interstate 95 and onto Route 1. But on Sunday? Yes, having no fans is unfortunate, but it meant a seamless commute into Lot 10, located across the street from Trader Joe’s and Bed, Bath & Beyond.