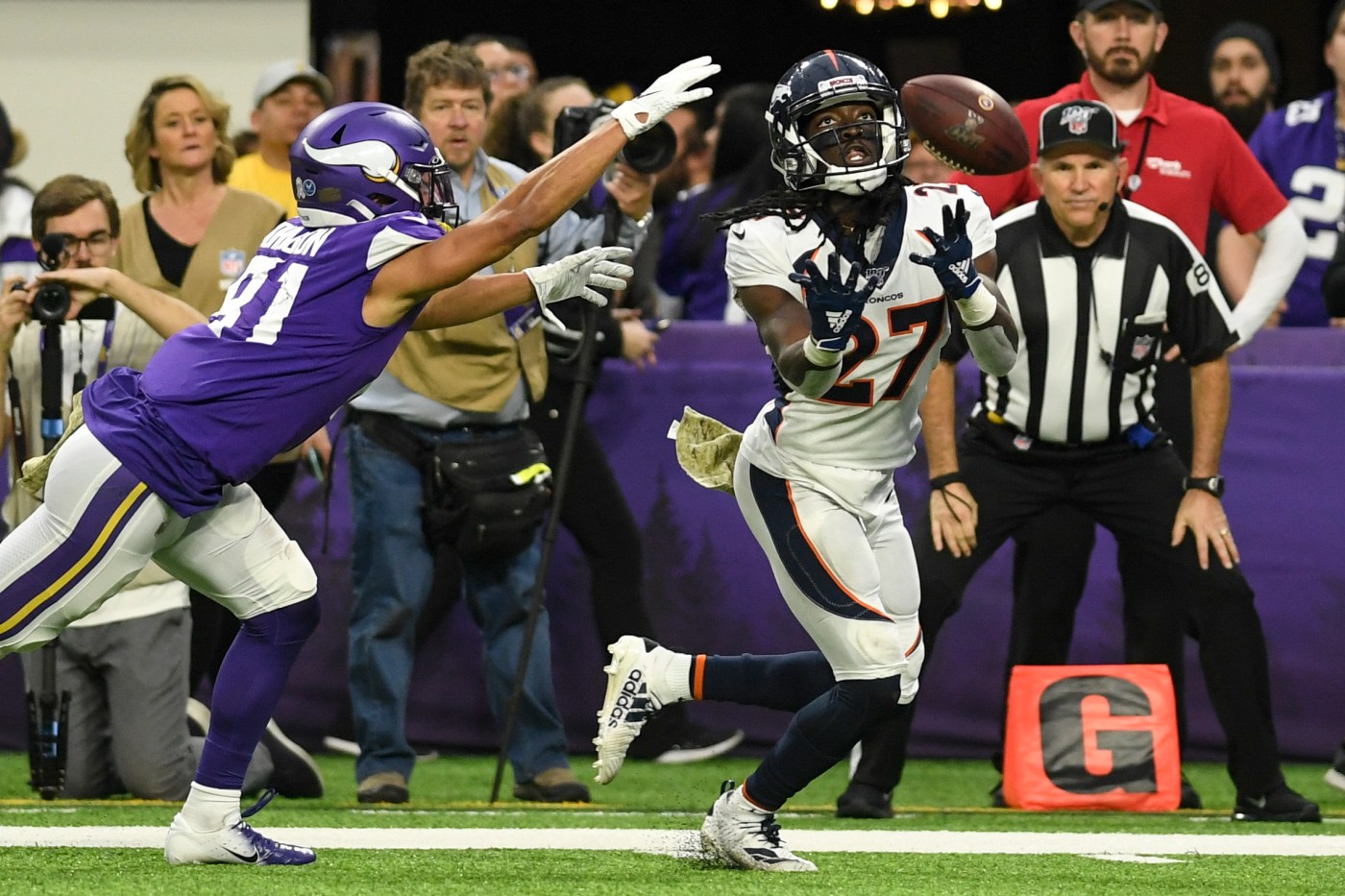 The Broncos waived cornerback Davontae Harris on Tuesday, a week after the team reacquired De’Vante Bausby.

Bausby, who was with the Broncos in training camp and earlier this season, was claimed but had to sit out practice and Sunday’s loss at Las Vegas because of the standard coronavirus protocols.

Broncos Analysis: How to kick-start a scuffling offense? There are many areas to address.

Broncos Mailbag: Is there a disconnect between Drew Lock, Pat Shurmur?

Harris played defense in only one game this year — 54 snaps in the Week 9 loss at Atlanta. Minus starting cornerbacks Bryce Callahan (ankle) and A.J. Bouye (concussion) against the Falcons, Harris allowed completions of 51 and 42 yards and committed a penalty before he was benched and eventually re-inserted to the game.