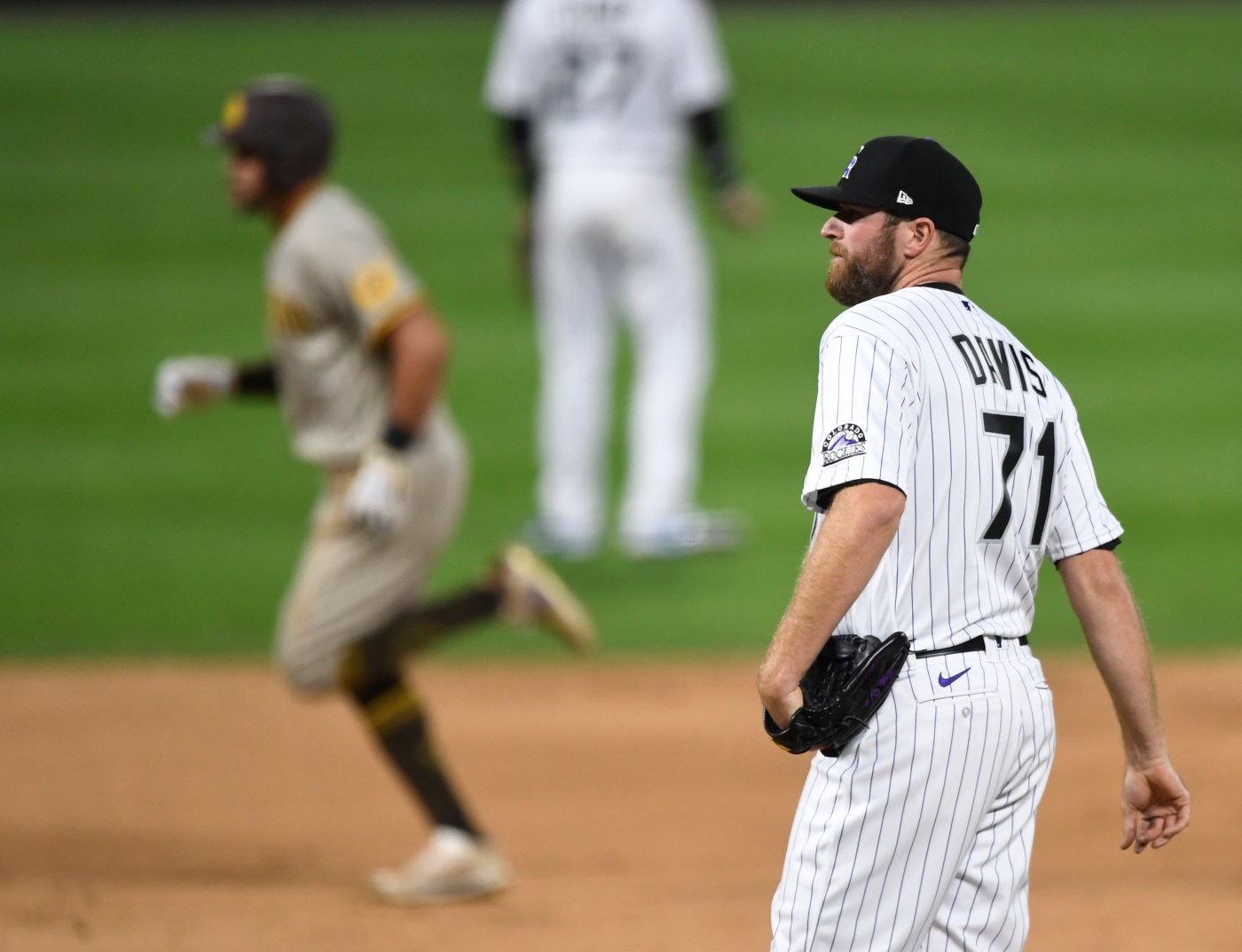 After Wade Davis’ four-run implosion cost the Rockies a victory in the home opener, manager Bud Black isn’t ready to officially remove the right-hander from the closer role.

“In looking at video (Friday) night and this morning, he missed with a couple fastballs (up in the zone),” Black said Saturday. “Against good hitters, that’s going to cost you. And then there’s the bad walk to (Trent) Grissom with two outs in a tight game — that’s not something Wade wanted to do.

“We’ll see where this goes.”

Black’s ambiguity six games into the season, and one game into the team’s opening homestand, comes as he doesn’t have another sure option to immediately take over for Davis as closer.

Right-hander Scott Oberg, the bullpen’s most reliable arm last year and a veteran who was projected to likely be the opening day closer, has been on the injured list since the season started with a lower-back strain. He threw live batting practice Thursday and another simulated session Saturday, but Black offered no immediate timetable for Oberg’s return.

The manager also noted Oberg wouldn’t immediately slide into the closer role when he comes off the IL.

“I would guess that, when he gets activated, there will be a couple games where he’s inserted just to get him going,” Black said. “He hasn’t pitched a whole lot, or even had the competitiveness of an exhibition game. We’ll cross that bridge when we get there as far as his health.”

As for as other realistic options to take over for Davis, who Black said was rested Saturday due to Friday’s pitch count, right-hander Jairo Diaz tops the list. He had five saves, and three blown, in 2019, and has walked a tight-rope to toss a scoreless inning in four separate games entering Saturday.

So will Diaz take over for Davis as the Rockies’ closer, until Oberg is healthy and back in back-end bullpen shape? Black didn’t rule the possibility out. Right-hander Carlos Estevez could also be another leading candidate should Black decide to replace Davis soon.