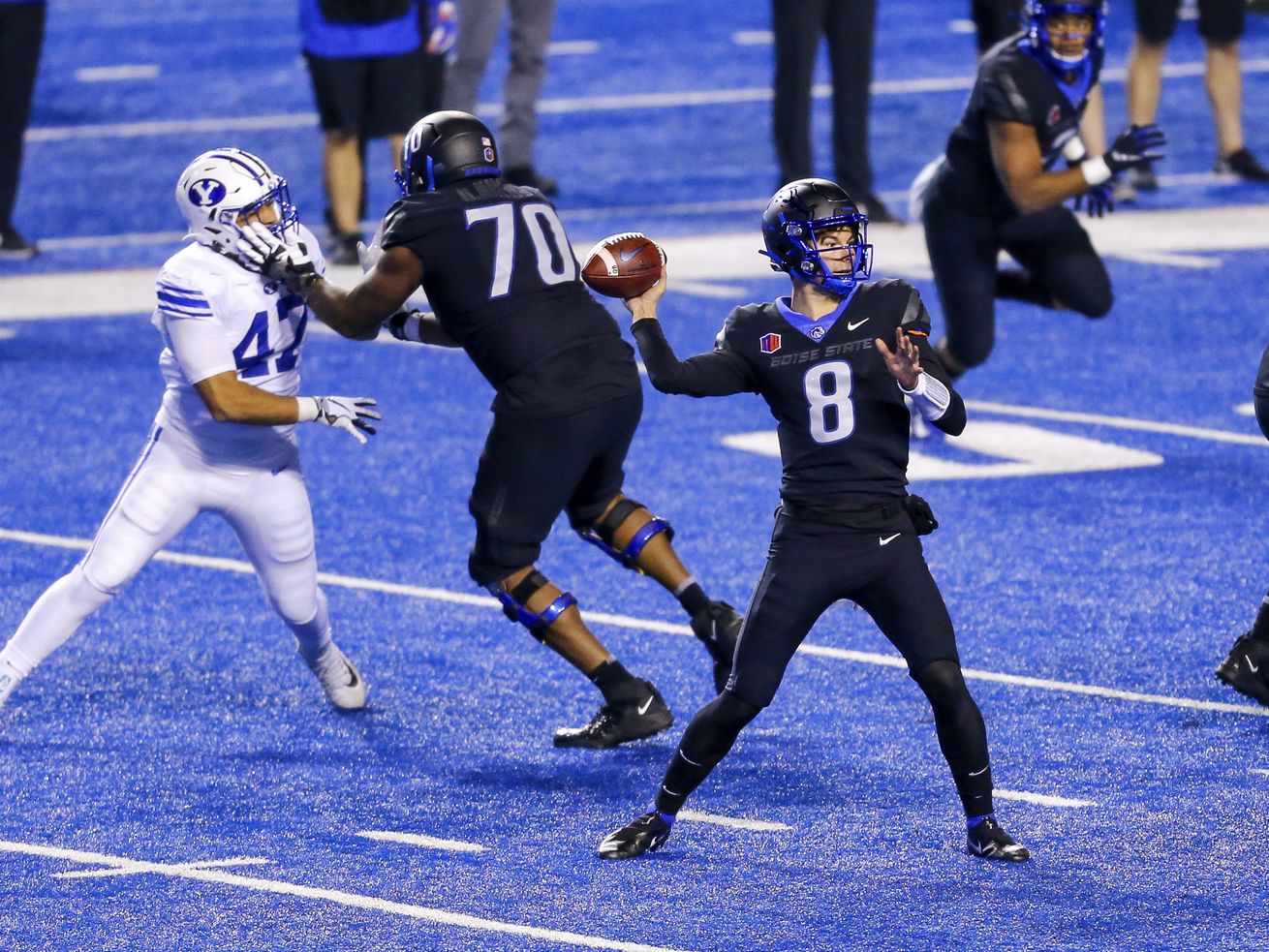 Boise State quarterback Cade Fennegan (8) throws the ball against the BYU defense during the second half in an NCAA college football game Friday, Nov. 6, 2020, in Boise, Idaho. BYU won 51-17. Fennegan announced he is transferring to BYU. | Steve Conner, Associated Press

Former Boise State quarterback Cade Fennegan announced Thursday he will transfer to BYU and join the team this fall after getting a scholarship offer from the Cougars’ coaching staff.

After much consideration I have decided to enter the transfer portal. I’m excited to announce that I’ve been offered a scholarship to play at BYU and will be transferring there this fall. Thank you to @kalanifsitake and @CoachRoderick for this opportunity! Go Cougs! pic.twitter.com/aGV6Bsu3wo

Fennegan, who is a member of The Church of Jesus Christ of Latter-day Saints, is familiar with BYU. He entered the Cougars’ 51-17 win over Boise State last season after starter Jack Sears was hurt, and Fennegan completed 15 of 26 passes for 182 yards, two touchdowns and an interception in relief.

Fennegan played his first college season at Boise State in 2020 following a two-year Latter-Day Saint mission to Argentina. The 6-foot-2, 180-pound quarterback hails from Dallas, Texas, and also had a handful of scholarship offers from Group of 5 programs, according to 247 Sports.

The Cougars are looking to replace NFL No. 2 overall draft pick Zach Wilson at quarterback. Fennegan joins a quarterback room that includes the three leading candidates to replace Wilson — Jaren Hall, Baylor Romney and Jacob Conover — as well as Sol-Jay Maiava-Peters and Nick Billoups, a transfer from Utah.