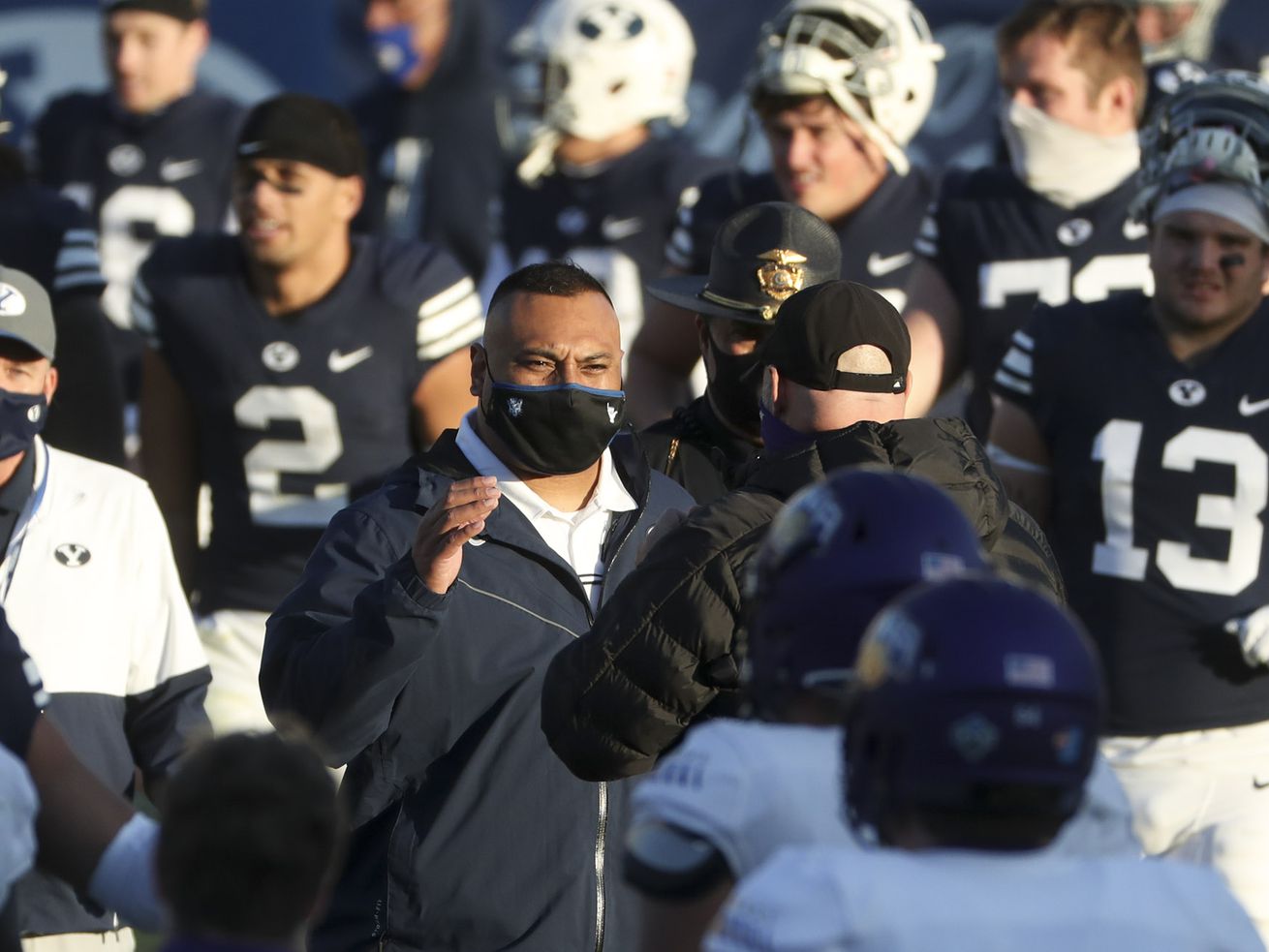 PROVO — North Alabama’s defensive back had no chance.

Zach Wilson lofted a short, fourth-down pass to the end zone in the northeast corner of LaVell Edwards Stadium, and 6-foot-6 tight end Isaac Rex easily plucked the football out of the air as one of the overmatched Lions tried desperately to knock it away.

It was Rex’s second TD catch of the day, and it gave BYU a five-touchdown lead in an eventual 66-14 win that improved the No. 8 Cougars’ record to 9-0 and further helped fans realize that Rex is quite likely the next great tight end at a school that has produced many.

“Yeah, I think it is kind of at the point now where we know Isaac Rex is a legit guy,” said BYU coach Kalani Sitake. “But we have been saying that for awhile now.”

Rex put BYU on the board with a 2-yard TD grab on the Cougars’ first possession, and finished with three catches for 20 yards and two TDs. He now has eight TD catches and is tied for fourth in the country in that category, after entering the game tied for 16th with BYU receiver Dax Milne and 10 others. Milne caught four passes for 101 yards Saturday, but didn’t get into the end zone.

“Yeah, I think it is kind of at the point now where we know Isaac Rex is a legit guy, But we have been saying that for awhile now.” — BYU football coach Kalani Sitake

Any fears that BYU’s offense would struggle a bit this season when All-America candidate Matt Bushman sustained a season-ending Achilles injury a few days before the season-opening 55-3 win over Navy have been erased by Rex’s emergence.

“We have been saying all along we felt really good about Isaac’s skill, and the skill of Dax and Gunner (Romney) and Neil (Pau’u),” Sitake said. “We knew we were going to be good. It was just a matter of letting them out there to make plays. That’s all.”

Wilson has said, even when Bushman was lost for the season, that he has all the confidence in the world in Rex, the son of former Cougar great Byron Rex, who was also a tight end.