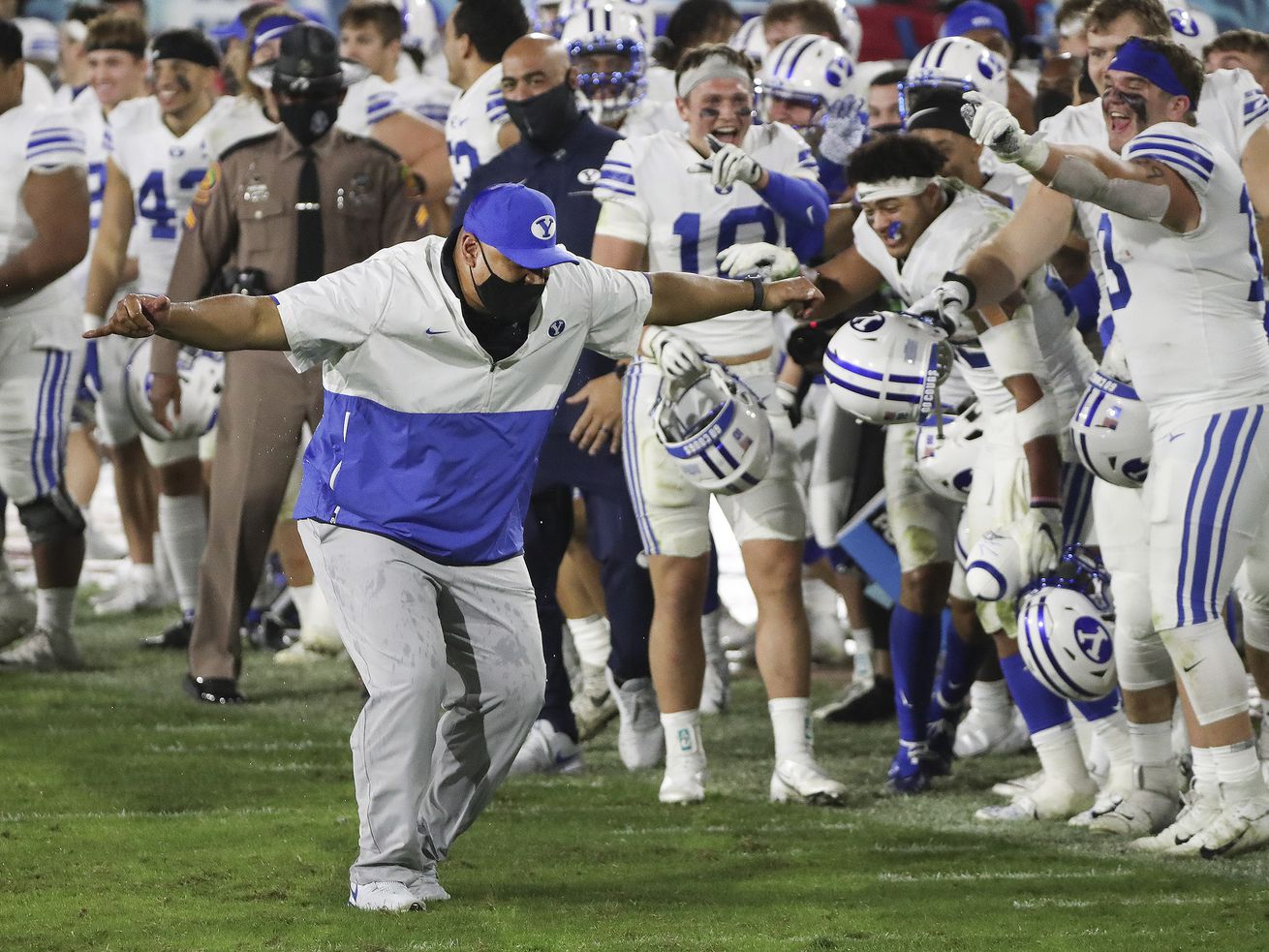 BYU finished the 2020 season ranked No. 11 in the final Associated Press poll, released Monday night after the national championship game.

It’s the fourth-highest season-ending AP ranking for the Cougars in school history, and the best for BYU since finishing the 1996 season No. 5 in the country.

The Cougars were ranked No. 13 in the AP poll heading into bowl season and moved up two spots with their postseason win. BYU played early in the bowl season, rolling to an easy 49-23 win over UCF in the Boca Raton Bowl back on Dec. 22.

BYU finished the pandemic-impacted 2020 season with an 11-1 record, the first 11-win season for the Cougars since 2009. It’s the 12th time in school history BYU has finished with 11 or more wins in a single season.

The last time the Cougars finished a season in the AP top 25 was 2009, when the Cougars ended the year No. 12.

BYU rose as high as No. 8 in the AP rankings this year.

Alabama, which beat Ohio State 52-24 in the College Football Playoff national championship game Monday, was No. 1, with the Buckeyes at No. 2. The top five included Clemson at No. 3, Texas A&M at No. 4 and Notre Dame at No. 5.

Urban Meyer’s return to the sideline not surprising, but is it wise?