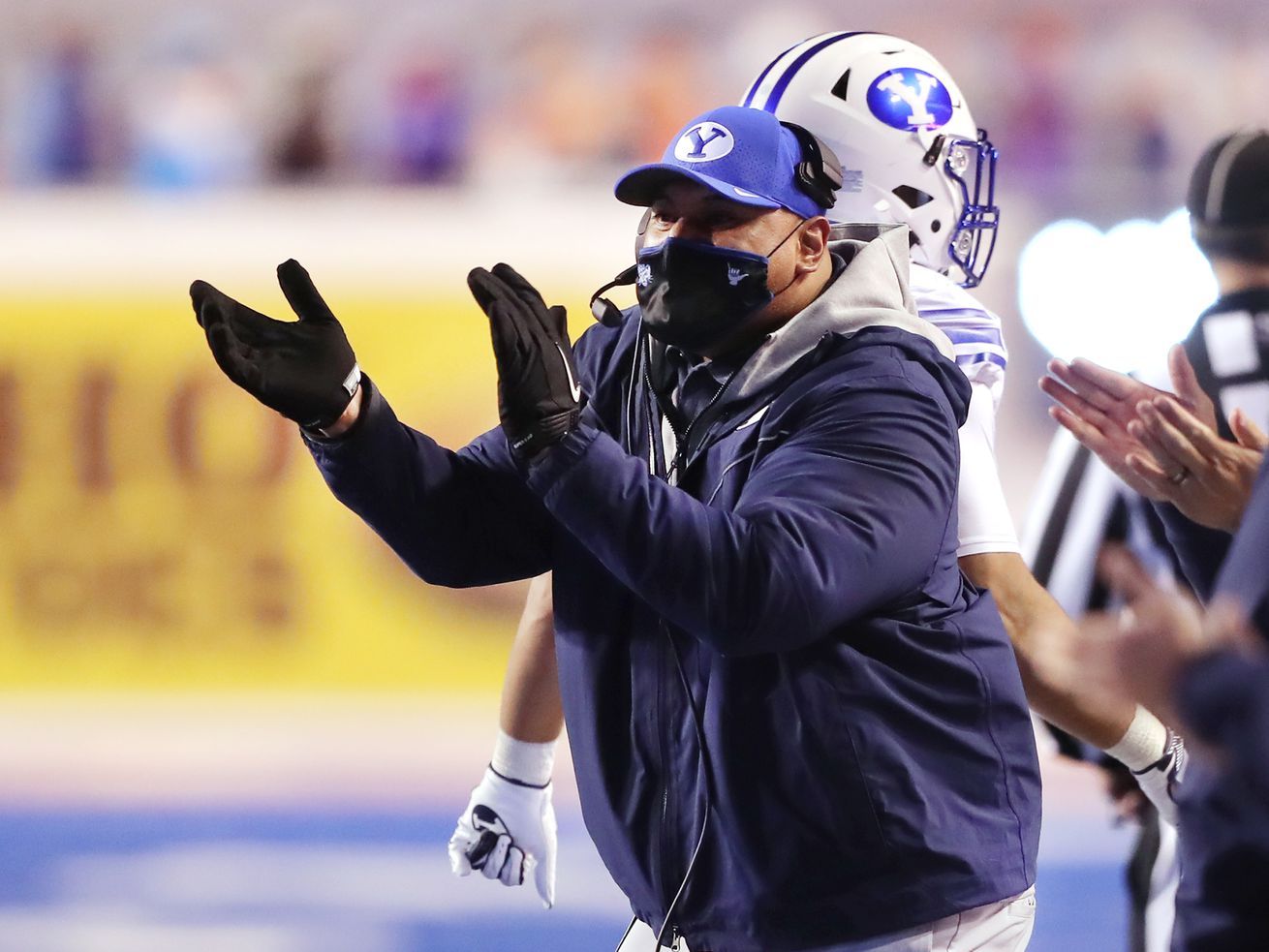 It was a quiet week at the top of the college football rankings, and as such, BYU stood pat in the latest polls released Sunday.

The Cougars maintained their No. 8 spot in both the Associated Press and Coaches polls following a bye week. BYU, off to an 8-0 start for the first time since 2001, will host FCS opponent North Alabama on Saturday.

There were six games involving top 25 AP teams there were postponed or canceled due to COVID-19 during Week 11 of the college season, and that included three teams near the top of the polls: Alabama, Ohio State and Texas A&M.

The top eighth stayed the same in both polls. Both rankings have Alabama at No. 1, Notre Dame at No. 2, Ohio State at No. 3 and Clemson at No. 4, with Texas A&M at No. 5 in the AP poll and Florida at No. 6 in the Coaches (the Aggies and Gators flip spots in the other polls). Cincinnati remained No. 7 in both polls.

Also of note from this week’s rankings:

Indiana, a 24-0 winner over Michigan State, moved up a spot to No. 9 in the AP poll and stayed No. 10 in the Coaches. Wisconsin, which beat Michigan 49-11 at the Big House, jumped two spots to No. 12 in the Coaches poll and vaulted three spots to No. 10 in the AP poll.
The Pac-12’s two ranked teams, Oregon and USC, both rallied for wins. The Ducks trailed Washington State 19-7 late in the first half before getting on track offensively and winning 43-29, while the Trojans needed a last-minute touchdown to edge Arizona 34-30. Oregon stayed at No. 11 in the AP poll but dropped one spot to No. 13 in Coaches, while USC jumped up one spot to No. 19 in Coaches and stayed at No. 20 in the AP.
There was only one ranked team that lost in Week 11: SMU fell 24-20 to Tulsa after the Golden Hurricane scored the final 21 points of the game. The Mustangs dropped from both polls, while Tulsa moved into the AP poll at No. 25.
Utah, which had its second straight game canceled due to COVID-19 issues and has yet to play this season, continued to garner votes in both polls. The Utes received 35 points in the Coaches poll, placing them two spots outside the top 25, and earned 17 votes in the AP, three spots outside being ranked.

Big Game Takeaways: Cal Bears tell story of their season in one play