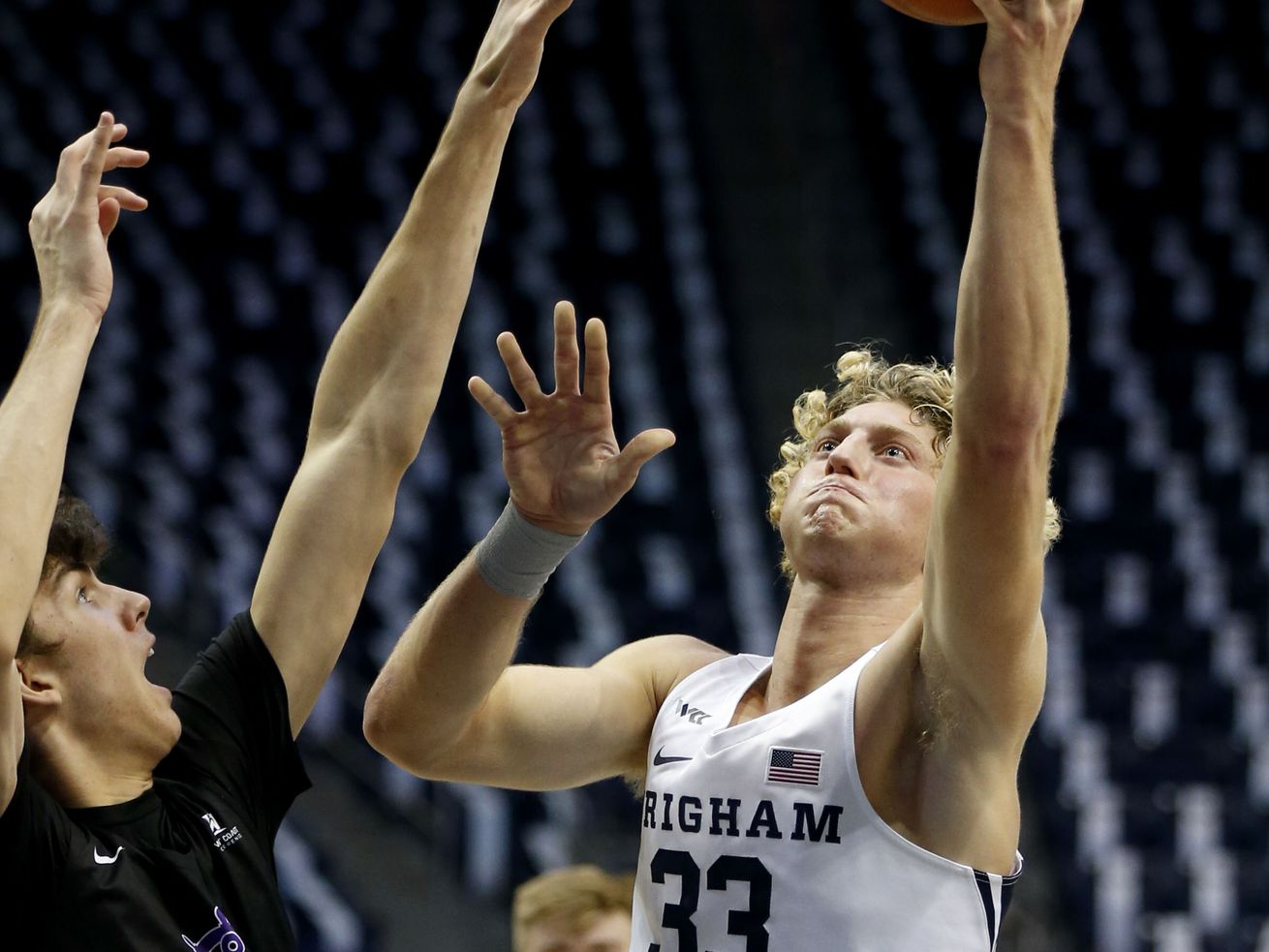 Many wondered how BYU would perform on the road Thursday night at the Spanos Center. Well, the Cougars didn’t have to squeak past Pacific like they did back on Jan. 30 in Provo in a double-overtime win.

Due in part to schedule interruptions related to COVID-19 involving other teams, it had been two weeks since BYU had won a game and it had been 10 days since the Cougars had played a game.

Many wondered how BYU would perform on the road Thursday night at the Spanos Center.

Well, let’s just say the Cougars didn’t have to squeak past Pacific like they did back on Jan. 30 in Provo in a double-overtime win.

This time, freshman forward Caleb Lohner fell just one rebound shy of a double-double, scoring a career-high 19 points and pulling down nine boards, as BYU pulverized the Tigers 80-52.

After falling by 11 points at home against No. 1 Gonzaga on Feb. 8, the Cougars spent their prolonged layoff trying to clean up their shortcomings, which were exposed by the Zags. And they looked ahead to more successful outings.

“This is exactly what I envisioned. These last 10 days of not playing, we’ve been working so hard,” Lohner told the BYU Radio Network. “A lot of teams in the country right now aren’t practicing as hard. There’s all these big gaps of not playing games. I think we really took advantage of that time. We just got better. I think it showed on the court tonight from everything — our offense, our defense, rebounding the ball, being in the right spots, making the simple play. I’m really proud of this team tonight.”

Lohner knocked down 6 of 8 shots from the floor, including 5 of 6 from 3-point territory.

The 6-foot-8, 230-pound Dallas native started the season missing his first 11 3-pointers. Thursday, he looked a little like Jake Toolson or TJ Haws from the 3-point line.

“He’s a special young man. As he goes through his career, the whole country is going to get to know him,” coach Mark Pope told the CBS Sports Network about Lohner. “He’s obviously spectacular on the court. He’s learning and growing and so eager every single day. As a human being off the court, he’s actually 10 times more fascinating. I’m super proud of him tonight. We’ve been anticipating that he would make a jump here towards the end of the season and he is certainly doing that.”

“Trevin was excellent tonight. He came in a little earlier in the …read more