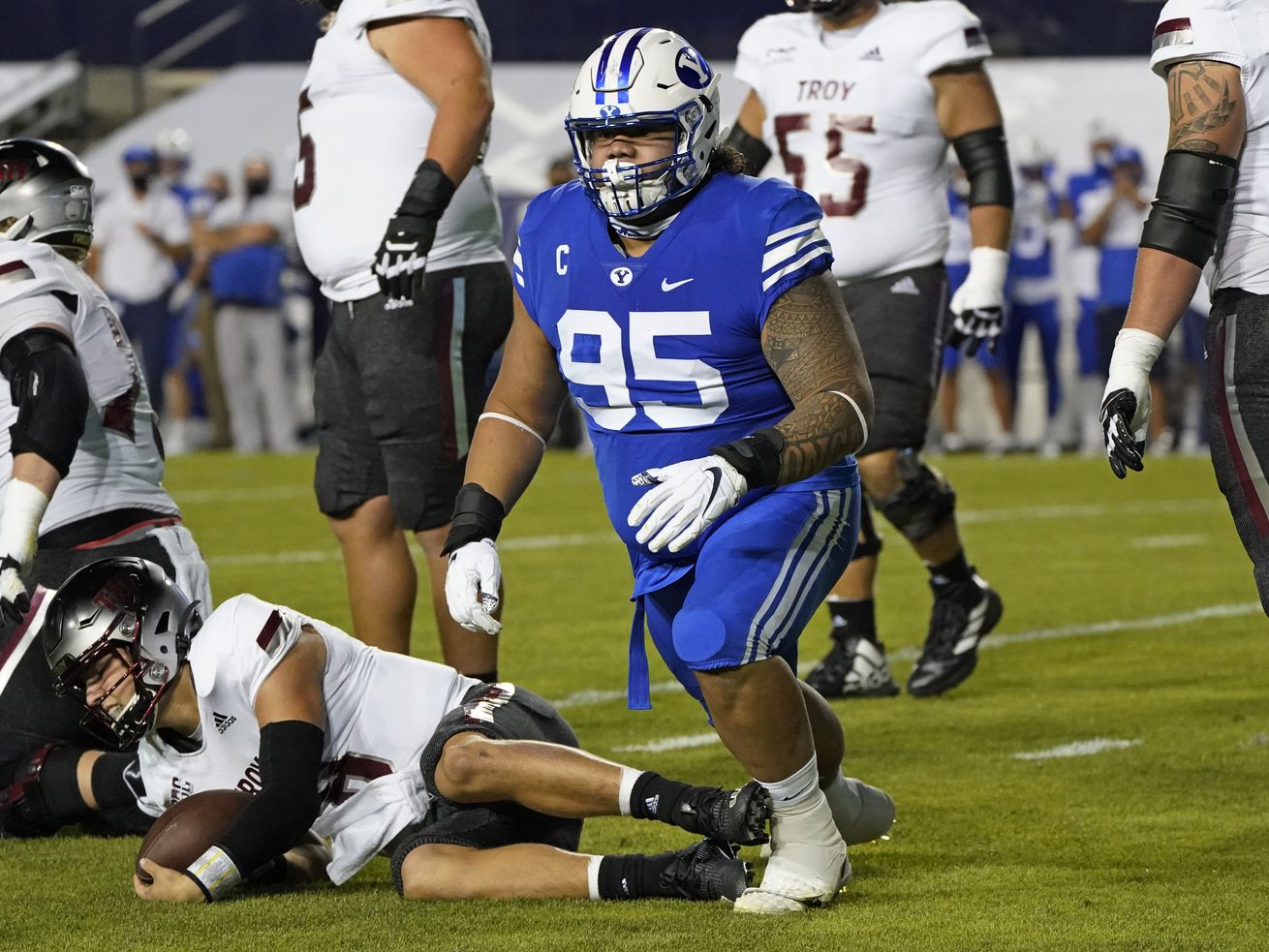 Tonga was selected by the Chicago Bears in the seventh round with the 250th overall pick of the 2021 NFL Draft on Saturday.

“Space-eating nose for odd or even fronts with excellent size and quality shed power but lacking desired knee bend to consistently grow his roots against opposing power. There are moments when Tonga really flashed over the last two seasons, but a step up in competition will test him,” NFL analyst Lance Zierlein wrote.

“He’s not overly explosive, but his initial hand quickness will allow him early positioning advantages that can be capitalized upon. He’s not going to be a third-down option for an NFL rush attack. However, he will use brute force to create some pressure up the gut. He has the upside to become a low-end, early-down starter but a career as a backup should be his floor.”

Tonga is the first defensive tackle drafted from BYU in 22 years. The last Cougar defensive tackle taken in the NFL draft was Daren Yancey, who was drafted in the sixth round by the Oakland Raiders in 1999.

Kiszla: Rockies’ first step on road back to respectability should be commitment to best baseball man in organization