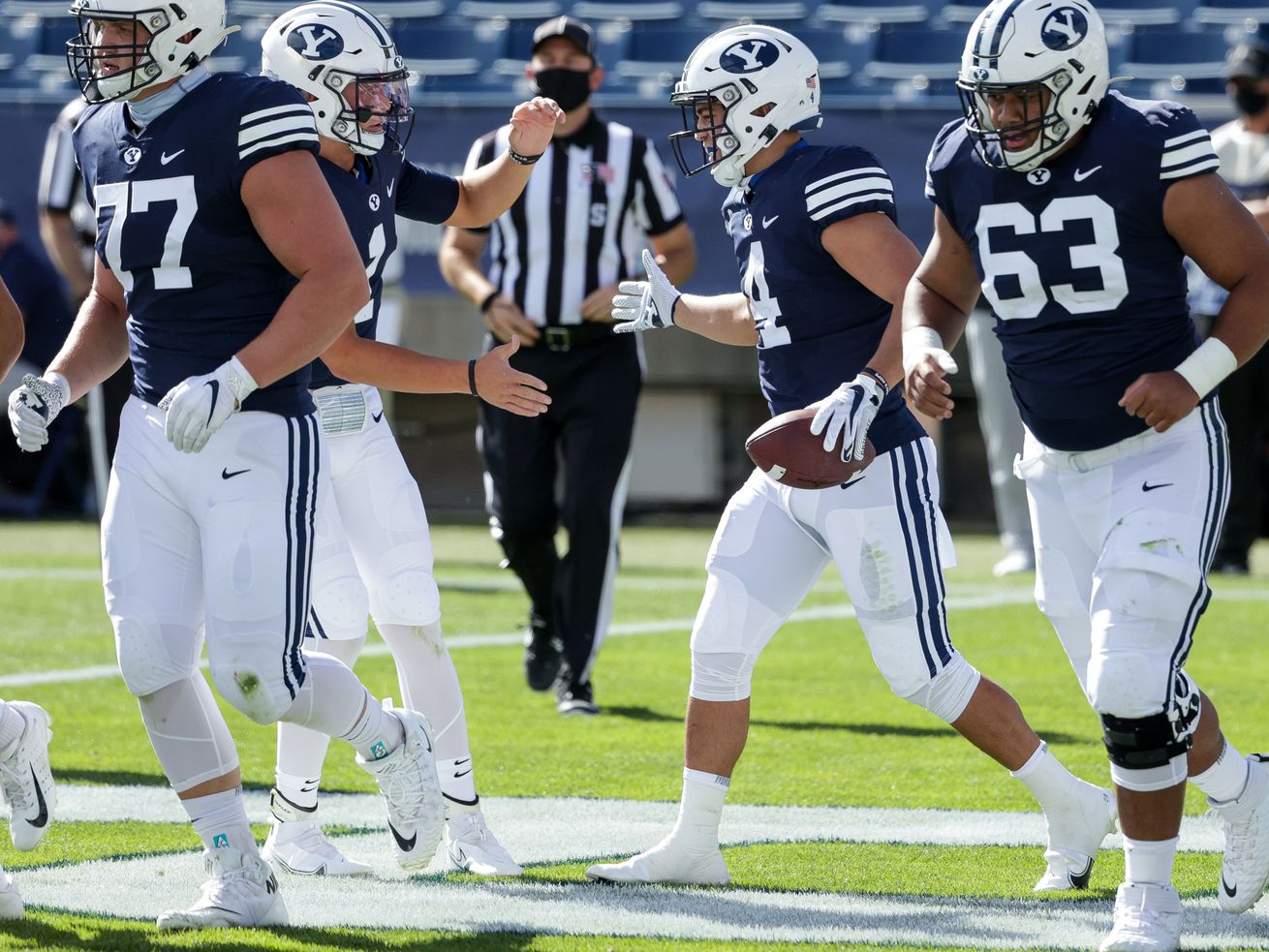 Brigham Young Cougars quarterback Zach Wilson (1) and running back Lopini Katoa (4) celebrate after Katoa caught the ball for a touchdown, giving the Cougars a 14-3 lead over the UTSA Roadrunners after the PAT, at LaVell Edwards Stadium in Provo on Saturday, Oct. 10, 2020. | Spenser Heaps, Deseret News

Weather: Partly cloudy skies with temperatures in the 60s.

For Houston … The host Cougars have had three games postponed due to opponents’ COVID-19 issues. Houston won its opener last week against Tulane and it has a chance to knock off a top-15 team as BYU comes to town.

For BYU … The Cougars hung on to beat UTSA last Saturday and are looking to rediscover their groove at Houston to preserve their perfect record and their No. 14 national ranking.

For Houston … The Cougars are 5-5 against AP top-25 opponents at TDECU Stadium since its opening in 2014. Houston has an all-time record of 36-105-2 against ranked opponents.

Houston will win if … The Cougars can put pressure on BYU quarterback Zach Wilson and limit their own turnovers after coughing up the ball five times last week.

BYU will win if … The Cougars are able to contain Houston’s speed, limit Houston’s long pass plays and run the ball consistently.

Marquez Stevenson, Houston wide receiver: The senior had a 41-yard touchdown catch and a 97-yard kickoff return for a TD in last week’s 49-31 win over Tulane.

BYU’s offensive line vs. Houston’s defensive line: BYU center James Empey is expected to be back after missing two straight games due to injury. BYU has allowed just two sacks through four games, with one of them being an intentional grounding penalty. Houston recorded six sacks against Tulane and senior DL Payton Turner recorded seven tackles and two sacks in that game.

“I’m proud to say that we’re No. 1 in the country in defense right now. Now we’ve got the best offense in the country coming to Houston on Friday night. (BYU) is spectacular.”