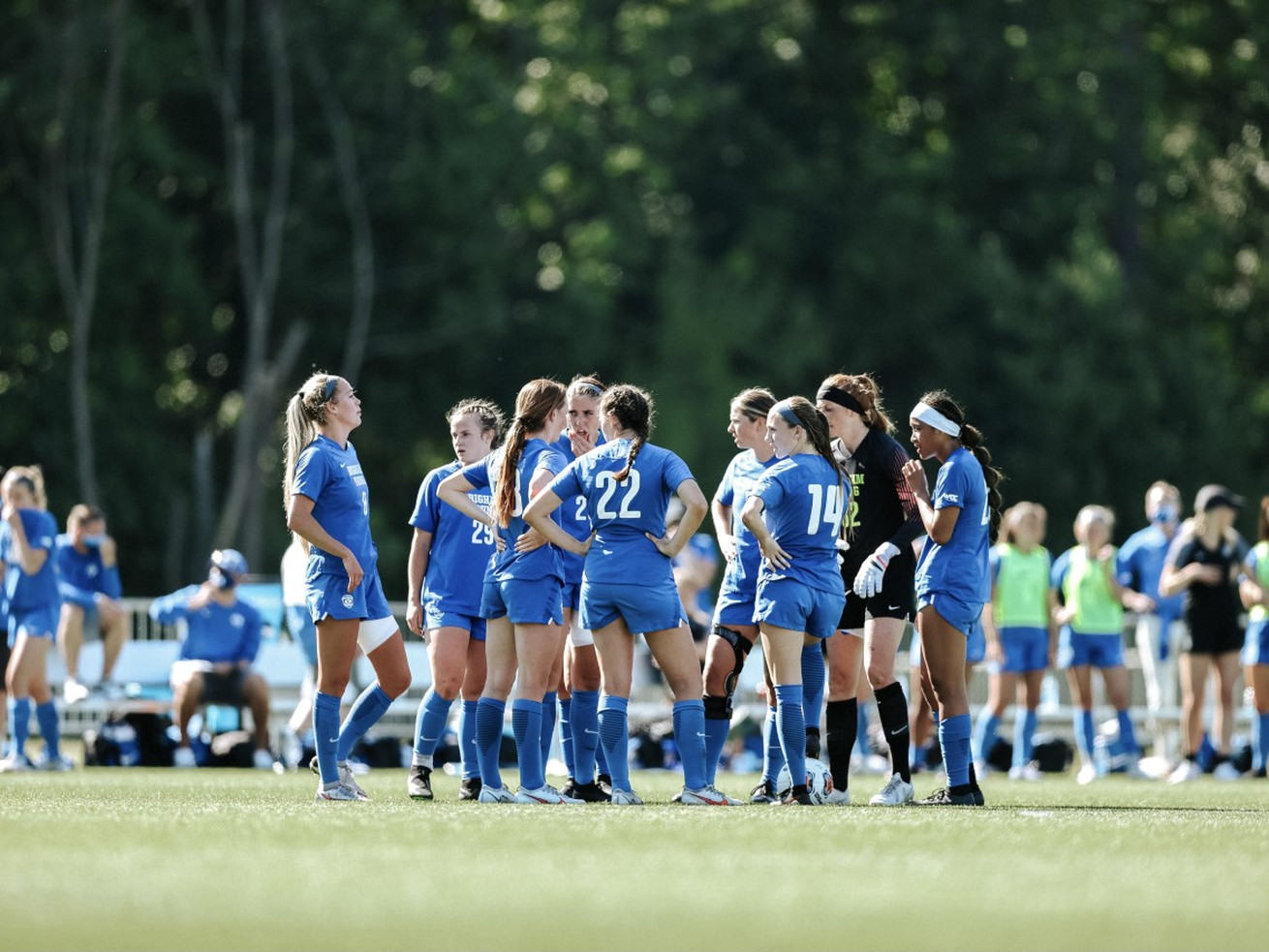 The BYU women’s soccer team at the NCAA Tournament in Cary, North Carolina on Saturday, May 1, 2021. The Cougars fell to the Virginia Cavaliers 2-0. | BYU Photo

The inability to finish cost the Cougars, who fell against an opportunistic Virginia team Saturday afternoon in the second round of the NCAA Tournament

For the No. 12 BYU women’s soccer team, it was a matter of missed opportunities.

The inability to finish cost the Cougars, who fell 2-0 against an opportunistic Virginia team Saturday afternoon in the second round of the NCAA Tournament at WakeMed Soccer Park in Cary, North Carolina.

BYU (11-4-1) controlled the match early on, including pair of great looks in the first 25 minutes of action, but the Cougars failed to capitalize on several open opportunities and chances to score.

“We came out and did exactly what we wanted to do in the first half, just not the most important thing, which is to put the ball in the back of the net,” coach Jennifer Rockwood told BYU Radio. “We let them hang around a little bit too long. They’re dangerous, but I’m really proud of the way the girls fought.”

“It’s been a great year for us. I’m proud of this team and proud of the way that we played.” — BYU head coach Jennifer Rockwood

The Cavaliers (12-4-2) scored in the 34th minute on a goal by Alexa Spaanstra and seized momentum. Spaanstra added another goal in the 68th minute to put Virginia ahead 2-0.

BYU forward Cameron Tucker had a pair of shots in the 62nd and 63rd minutes that were stopped by UVA’s goalkeeper.

With the win, perennial NCAA Tournament team Virginia advanced to the Sweet 16 for the 15th time in 16 seasons.

The Cavaliers meet Rice Wednesday in the Sweet 16. The Owls upset No. 5 West Virginia, 1-0, earlier Saturday.

BYU entered the tournament as the highest scoring team in the nation. The Cougars had scored at least one goal for a school record 53 consecutive matches, a streak that came to an end on Saturday.

“We looked fantastic those first 15-20 minutes. We couldn’t have played any better. It just didn’t go our way. We were down 1-0 at half. We still had 45 minutes (remaining) and we felt like there was plenty of time for us to get a goal,” Rockwood said. “We’ve been scoring goals all season, but we couldn’t find the last pass or the right shot. Virginia is obviously a fantastic team. Best of luck to them as they advance. We knew we’d have our hands full.”

BYU recorded 19 shots compared to 11 for Virginia. The Cougars had 11 shots on goal compared to four for the Cavaliers.

“It’s a really unfortunate way to end the season without scoring any goals, but we played well in the first half,” Rockwood said. “We had plenty of opportunities. Sometimes the …read more