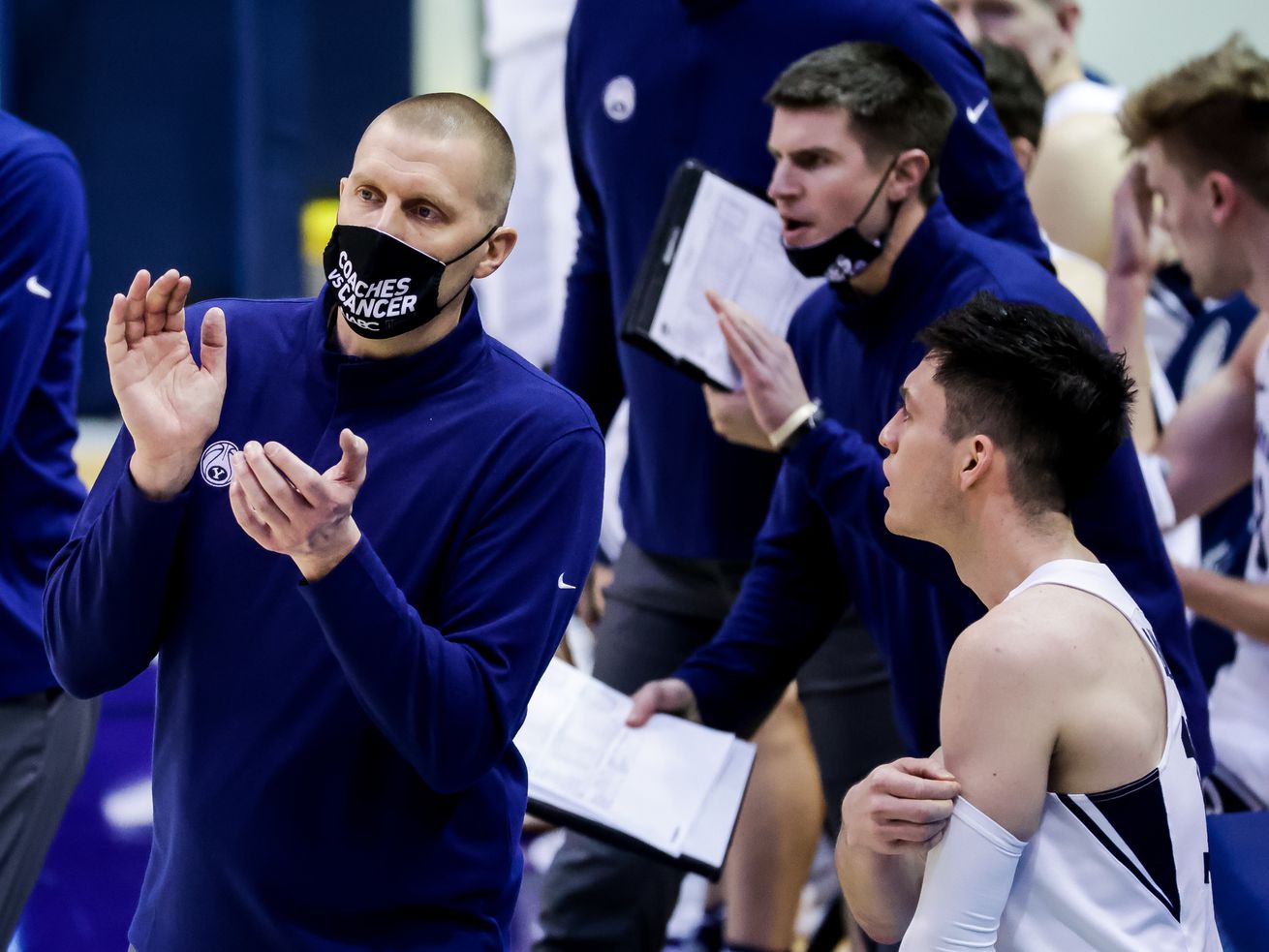 Brigham Young Cougars head coach Mark Pope works the sideline during the game against the Pacific Tigers at the Marriott Center in Provo on Saturday, Jan. 30, 2021. | Spenser Heaps, Deseret News

As we enter the final week of the regular season for a number of college basketball conferences, the picture for at-large bids to the NCAA Tournament is starting to sharpen into focus.

Here’s a look at where teams from around Utah stand in their quest for a bid, as well as how the squads in one-bid leagues are doing as their conference tournaments draw closer.

Could BYU end up in the top half of the bracket?

Since a rough loss to the Pepperdine Waves on Jan. 27, the BYU Cougars have bounced back very well, winning four of five games, with the only loss coming to the juggernaut Gonzaga Bulldogs.

Not only have the Cougars been winning, but three of their four victories have come by a combined 90 points, and it appears to be entirely within the realm of possibility that they will get a top eight seed in the NCAA Tournament (they’re all but a lock for an at-large bid at this point).

Perhaps the most interesting thing to watch with BYU at this point is if it opts out of the West Coast Conference tournament, as The Oregonian’s John Canzano reported last week could happen.

Gonzaga and BYU are weighing whether they should opt out of the West Coast Conference basketball tournament.

Nothing in it for either program, except risk of injury, bad loss and infection. They’re both NCAA Tournament bound regardless. WCC ADs are talking about this.

If Gonzaga also does so, as Canzano reported, that would theoretically open the door for the WCC to get a third bid to the Big Dance (the tournament winner), something that wouldn’t happen if the Bulldogs or Cougars were to win it.

For quite a while now, the Utah State Aggies have been widely seen as squarely on the bubble, as have Mountain West Conference foes Boise State and Colorado State, meaning every game is crucial, especially those against one another.

The Aggies last week had two absolutely massive games on the road against Boise State, and unfortunately for them, they squandered the opportunities to perhaps get a bit of bubble cushioning, as they lost both contests.

Now on Lunardi’s latest seed line, Utah State is in the “Next Four Out,” which means Craig Smith and company would have to jump a whole bunch of teams in order to get an at-large bid. With just two regular-season games left on the schedule against Nevada, it’s looking more and more like the Aggies will have to win the …read more