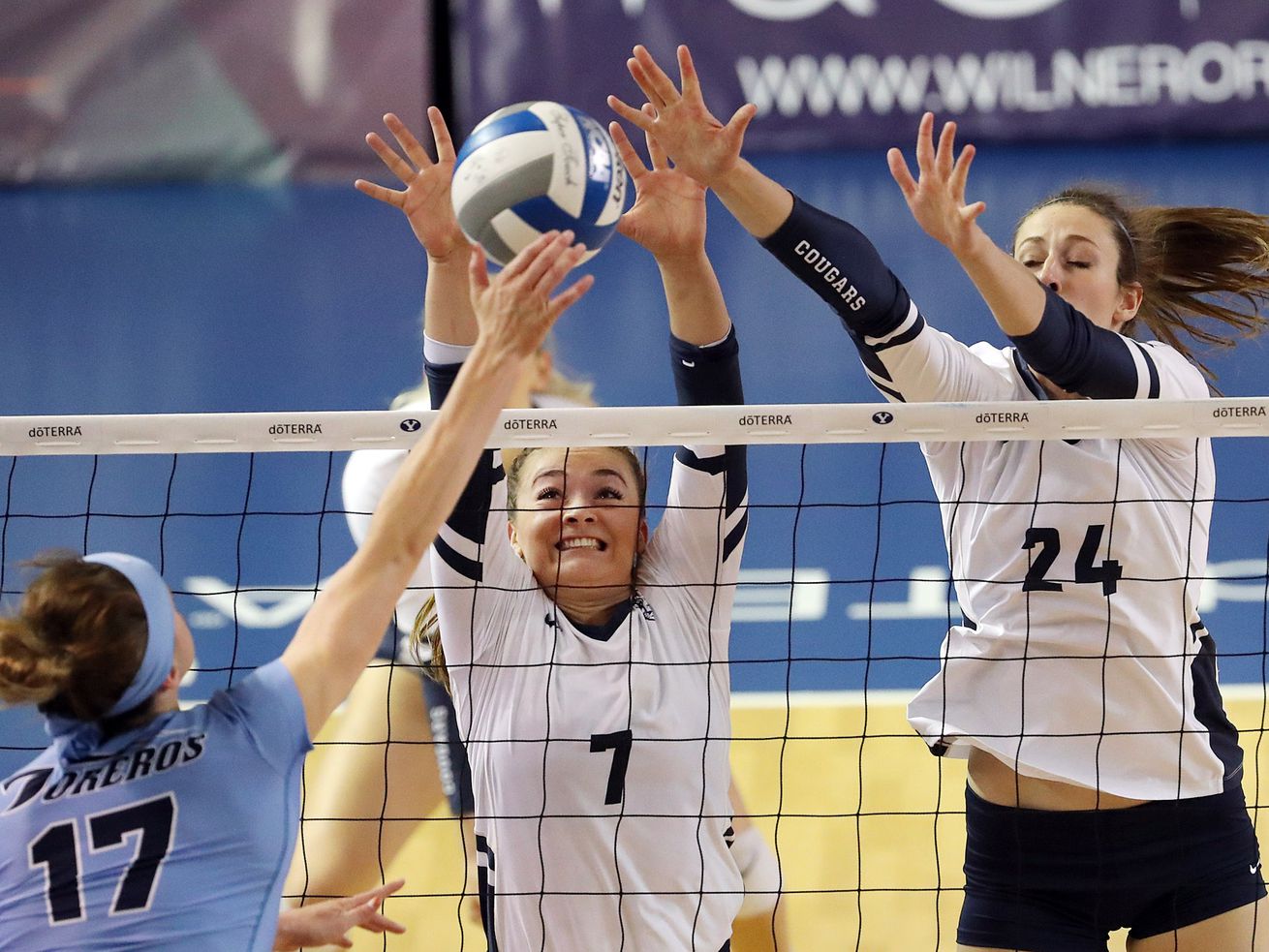 Whitney Bower, center, and Kennedy Eschenberg of BYU try to block a spike by Thana Fayad of San Diego during an NCAA volleyball match in Provo on Friday, Oct. 18, 2019. | Ravell Call, Deseret News

The No. 14-ranked Cougars won the WCC championship last week and earned a No. 16 seed in the NCAA Women’s Volleyball Tournament, which begins next week in Omaha, Nebraska. BYU has a first-round bye and will meet the winner of the Rider/UCLA match on Thursday, April 15 at 8:30 p.m. MDT.

It will be BYU’s ninth straight NCAA Tournament appearance.

Pepperdine’s Madison Shields is the WCC Libero of the Year (formerly defensive player of year) and Waves middle blocker Meg Brown is the league’s Freshman of the Year.

Rapids midfielder Cole Bassett is already among MLS’s best. Where does he go from here?

McKenna Miller was Player of the Year in 2019 and Roni Jones-Perry won the award in 2018.

Olmstead has guided BYU to five conference championships since becoming head coach in 2015. She owns the highest career winning percentage among active coaches at 89.4% (160-19) and is 97-9 in league matches.