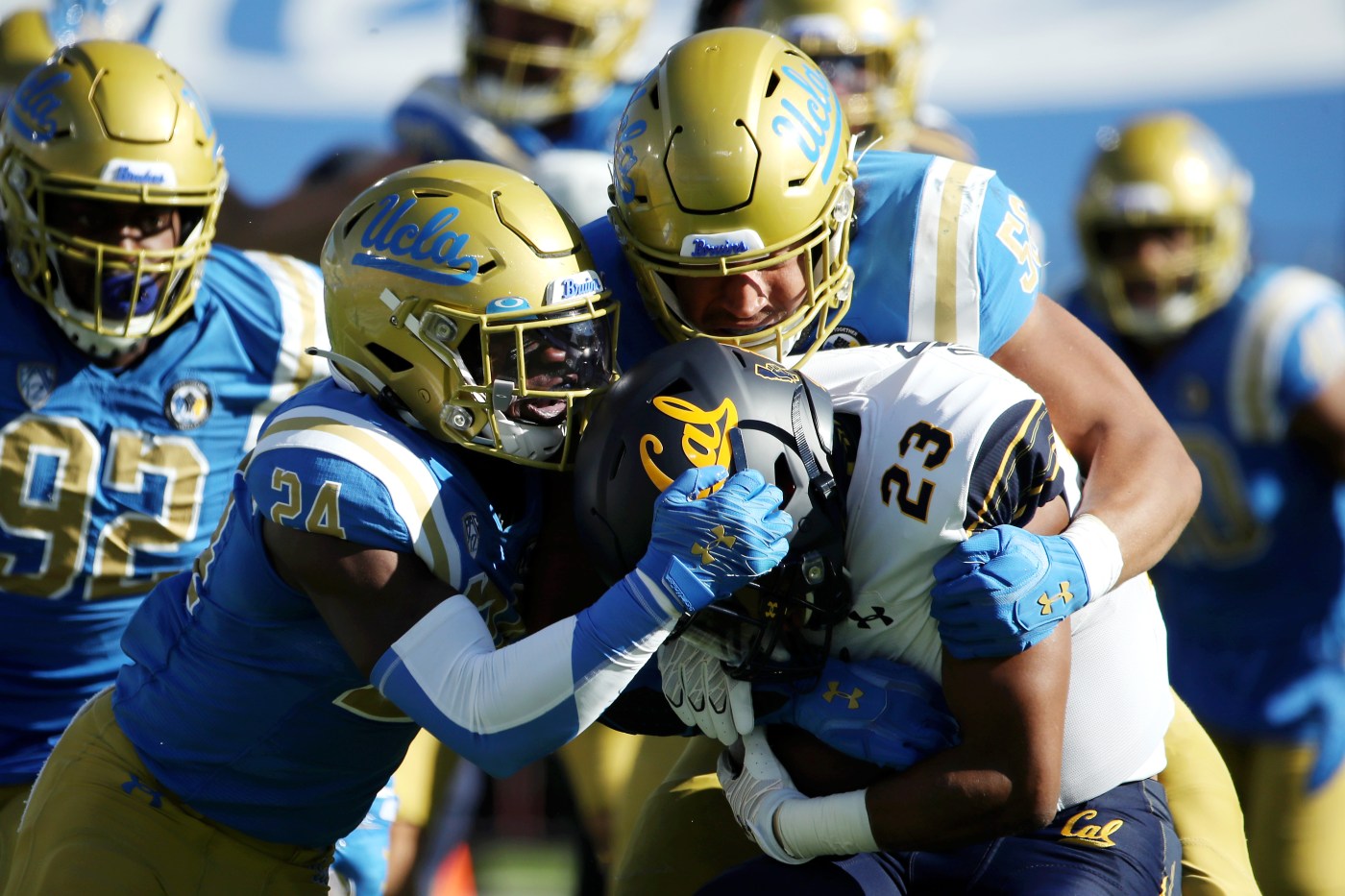 After a long wait, the start of the Cal football season went just about as badly as most everything else in 2020.

The Bears, finally beginning their season 78 days after originally scheduled, trailed UCLA  27-10 at halftime and lost 34-10 at the Rose Bowl after a 9 a.m. kickoff Sunday.

The many disruptions of COVID-19 clearly put their stamp on a team that was picked to finish second in the Pac-12 North but was badly outplayed by the Bruins.

Cal had expected to play Saturday at Arizona State, but that game was canceled Friday because of coronavirus issues within the Sun Devils’ roster. The Bears’ game the previous Saturday against Washington was scrubbed after one Cal defensive lineman tested positive for COVID-19 and others in his position group were sidelined by contact tracing.

Cal and UCLA agreed on Friday to play this game, and the Bruins seemed far more ready for a game played during Sunday brunch.

The Bruins pressured Cal quarterback Chase Garbers, sacking him five times. They stacked the front to defend the run and showed no fear the Bears could beat them deep.

The Bears finished the game with 176 yards and just one of its 61 plays went for more than 13 yards.

On defense, Cal missed tackles and looked like a team that didn’t have its defensive linemen available to practice for most of the past two weeks. UCLA rushed for 239 yards.

Playing for the first time in 322 days — since their 2019 victory in the Redbox Bowl — Cal led 3-0 after converting a blocked punt for a field goal.

The Bruins (1-1) rode the arm and leg of junior quarterback Dorian Thompson-Robinson, who threw three first-half touchdown passes and ran for a score.

Pac-12 preview: Wild start to the weekend with ASU-Cal cancellation

Cal football: As clock ticks, Bears still waiting to see if Arizona State game is on

Cal football: Coronavirus case has Bears wondering when they can play

Cal’s only first-half touchdown was an 8-yard scramble by Garbers, capping a 75-yard drive. Otherwise, the Bears mustered just 35 yards in the half.

Garbers finished 18 for 33 for 122 yards with an interception and no touchdowns.