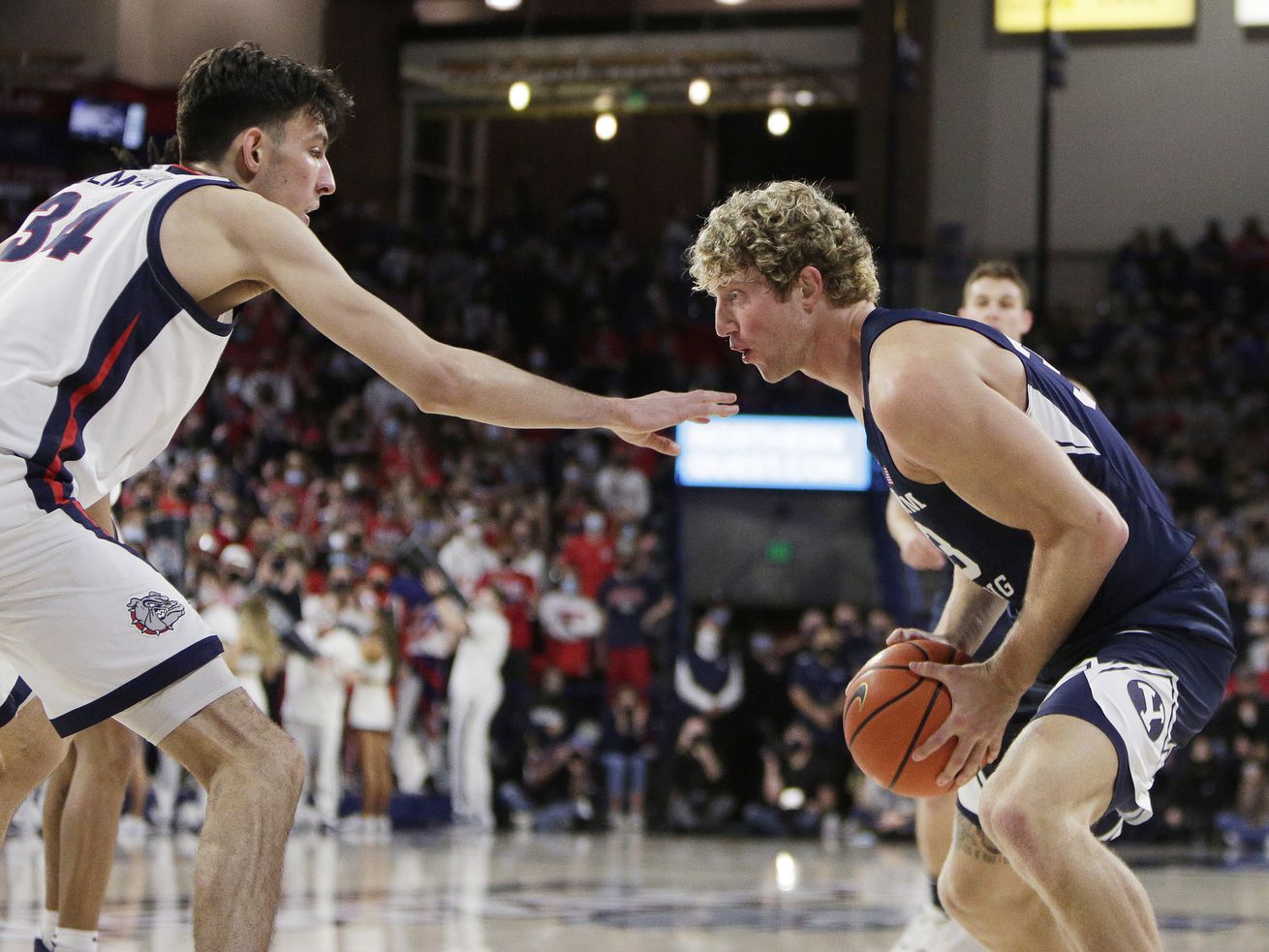 SPOKANE, Wash — From the time he strolled onto the floor during warmups Thursday night, about an hour before tipoff, the Gonzaga student section, known as the “Kraziness in The Kennel,” relentlessly jeered and taunted BYU forward Caleb Lohner.

That treatment continued throughout the game.

Zags fans singled Lohner out because of a comment he made Tuesday during media interviews in Provo, which made its way to Spokane. Lohner talked about wanting to be more assertive on the court, then he discussed the challenge of facing the No. 2 team in the country.

And, he added, “Everybody hates Gonzaga; so it’s fun to go play them.” That was the only part of the quote that went viral, of course, which put a target squarely on Lohner’s back.

“There was a media quote that was posted on Twitter,” Lohner said after the Cougars’ 110-84 loss to Gonzaga. “I think it went around. They took what they could and ran with it.”

But the 6-foot-8 sophomore from Dallas seemed to play inspired due to all of the attention.

In the first minute of the game, Lohner drilled a 3-pointer after entering the night having made just 2 of 24 3-point attempts this season.

In the end, Lohner finished with 17 points — two shy of tying his season-high — and five rebounds in 22 minutes of action. He made 7 of 10 shots from the floor, including 2 of 3 from 3-point range.

“I think I did (feed off the crowd),” Lohner said. “As weird as it sounds, I think I liked everyone screaming. There was tons of attention, whether it was negative or positive. I enjoyed it. We’ve just got to get better. We can’t let a team score that many points and expect to beat a high-caliber team like Gonzaga.”

Earlier this season at the Huntsman Center, Lohner — who had signed with Utah before deciding to enroll at BYU — was targeted by Ute fans. He ended up recording a double-double with 10 points and 12 rebounds in a 75-64 victory over Utah.

Lohner expected to draw the wrath of the Utes at the Huntsman Center, given the history.

But did he expect that kind of treatment Thursday?

“No. Not that much. But I enjoyed it,” Lohner said. “There’s a recurring theme — …read more