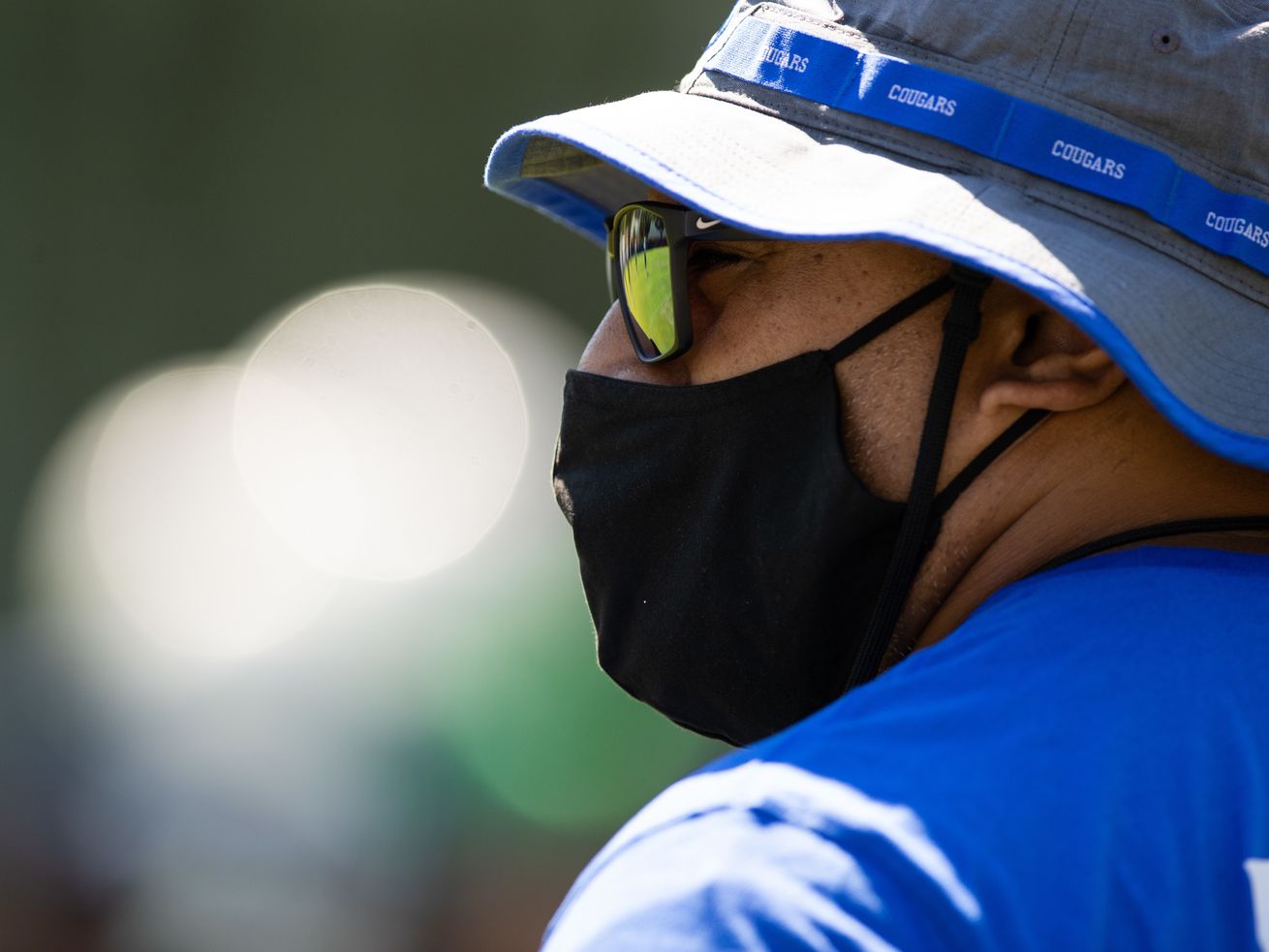 BYU football coach Kalani Sitake looks on during a practice last August during fall camp in Provo, Utah. The Cougars are coming off a spectacular 11-1 campaign in 2020 and are hoping to maintain that momentum in 2021. | Jaren Wilkey, BYU Photo

It has been a relatively quiet summer for BYU football news, which is a good thing because aside from some recruiting developments and acquisitions via the transfer portal, summer news for this program is usually of the negative variety.

No news in July is good news, generally.

Still, with preseason training camp about two weeks away, now seems like a good time to examine the factors that will determine whether the Cougars can repeat their magical 2020 football season, or if they will return to a year of mediocrity like in 2018 and 2019.

Here are five things BYU needs to do to put together back-to-back great seasons for the first time in the Kalani Sitake era:

1) Identify as early as possible the starting QB and give him bulk of the reps
Kristin Murphy, Deseret News
BYU quarterbacks, from left, Jaren Hall, Baylor Romney and Jacob Conover answer questions during BYU football media day at the BYU Broadcasting Building in Provo on Thursday, June 17, 2021.

With the Cougars’ Power Five-laden schedule hitting them three times in September alone (Arizona, Utah, Arizona State), there’s no time to waste in the search for Zach Wilson’s replacement.

New offensive coordinator Aaron Roderick has been tasked with that assignment, and he said during BYU’s football media day last month that he spends a lot of time thinking about it. Roderick hinted that Jaren Hall will be “hard to beat out” if he’s healthy, and that’s probably the strongest endorsement any coach has given since before spring camp.

“It is a big deal, for sure. It is a big game. I am not going to argue that it isn’t. It is important. But frustration is not the word. Sure, it is a big game. And if you act like it is not a big game, then you are going to keep on getting beat.” — BYU offensive coordinator Aaron Roderick on facing Utah on Sept. 11

As for a deadline to name a starter, Roderick and Sitake say there isn’t one. Maybe there should be. And the No. 1 criteria for picking that starter should be this: Who is most capable of rallying his teammates, gaining their confidence and commanding the huddle?

Roderick said he’s never been a coach with “a quick hook,” meaning he will be patient with …read more