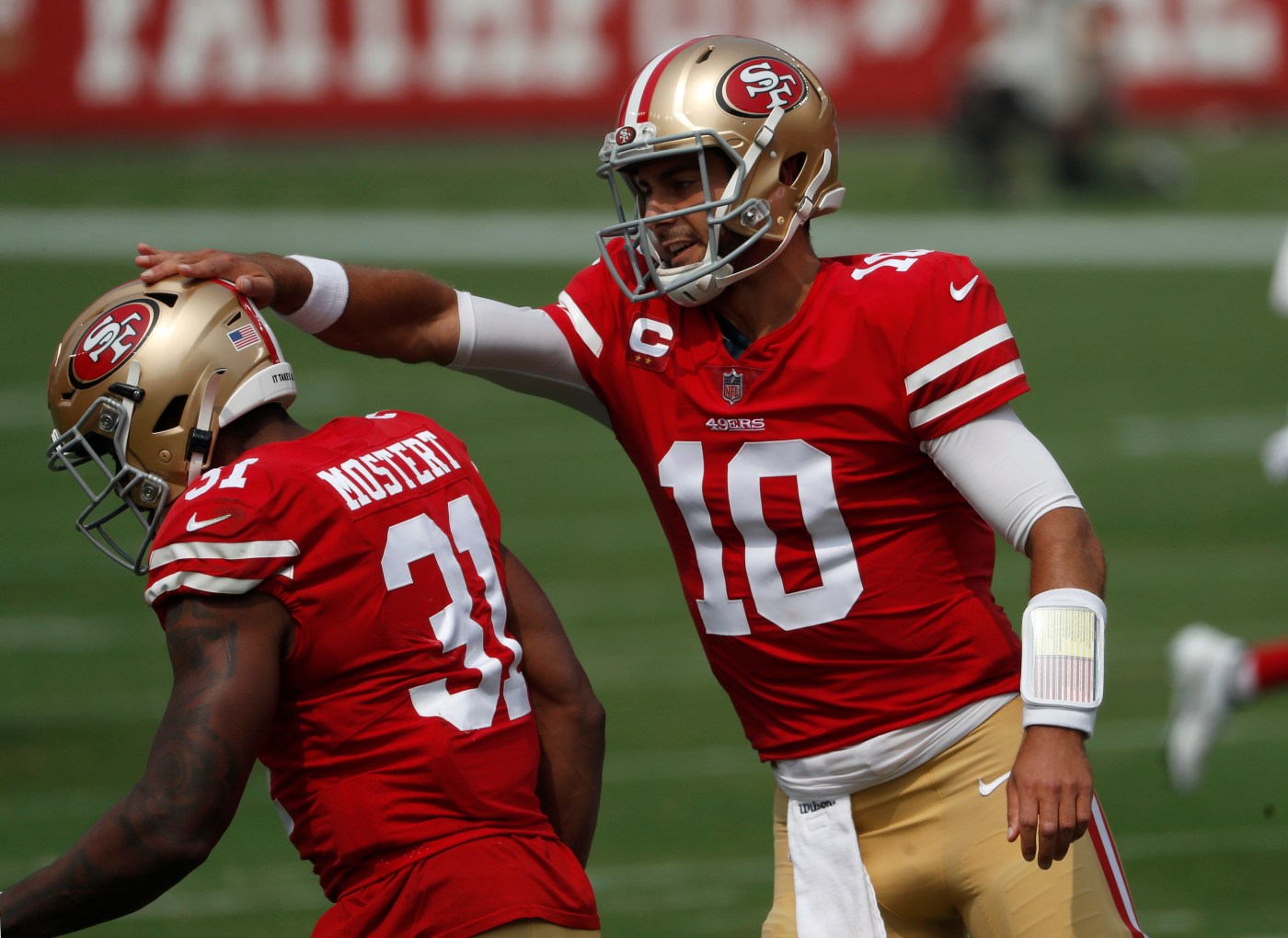 SANTA CLARA – The 49ers’ season opener headed for a frantic finish Sunday, and we all know how poorly that turned out their last game, in Super Bowl LIV.

This time, too, the 49ers failed to protect a fourth-quarter lead, doomed again by the opposing quarterback’s heroics amid busted coverage and failed containment.

And once again, Jimmy Garoppolo could not rally the 49ers on a last-gasp drive.

The 49ers’ fate was sealed this time once Garoppolo threw a fourth-down incompletion from the 16-yard line with 33 seconds remaining, and the Arizona Cardinals emerged with a 24-20 upset win at Levi’s Stadium, where no fans were allowed in because of COVID-19 precautions.

“It’s a reminder we’re back at football. That’s how football goes,” coach Kyle Shanahan said. “We had a number of chances to win that game. We had a chance to run away with it in the first half.”

The 49ers fell to 1-3 in season openers under Shanahan, their lone win coming last season to start an 8-0 run that catapulted them to the NFC Championship — and an eventual Super Bowl loss.

Next up are back-to-back road games against the New York Jets and Giants, with a layover in between at The Greenbrier Resort in West Virginia.

Here are the highs, lows and all you need to know from the 49ers’ opener:

KYLER SHINES: The Arizona Cardinals’ Kyler Murray proved as elusive and maddening as Kansas City Chiefs’ Patrick Mahomes did in the Super Bowl, where the 49ers blew a 20-10 lead and fell 31-20. Murray sandwiched a pair of touchdown drives around a Garoppolo touchdown pass to Jerick McKinnon amid the fourth-quarter follies.

Arizona went ahead for good on Kenyan Drake’s 1-yard touchdown run after DeAndre Hopkins’ 33-yard, near-touchdown reception against the 49ers’ busted coverage. Murray proved tough to defend (231 passing yards, 91 rushing yards). He weaved past the 49ers defensive front, up the hashmarks and then beat the 49ers’ safeties to the pylon for a 22-yard, go-ahead touchdown with 10:26 remaining.

“You see a guy very talented, who can run around and makes some plays,” Shanahan said. “I thought we did a pretty good job containing him. We had some unfortunate penalties that kept drives going.”

GAROPPOLO LINE: Garoppolo started hot but finished 19-of-33 for 259 yards with two touchdowns and no interceptions.

His  first quarter was way better than his last in the Super Bowl, as he completed 7-of-9 passes for 135 yards with one touchdown, no interceptions, one sack and a 155.8 rating.

Then came an array of off-target passes – one of which led to Kittle’s knee injury, one that slipped out from his grasp on a possible double clutch – and a couple sacks. By the way, Garoppolo wore a brace on his left knee, after not doing so the latter part of training camp.

“He had some good plays in there, but like the entire offense, just missed a number of opportunities it’s going to take to win the game,” Shanahan said.