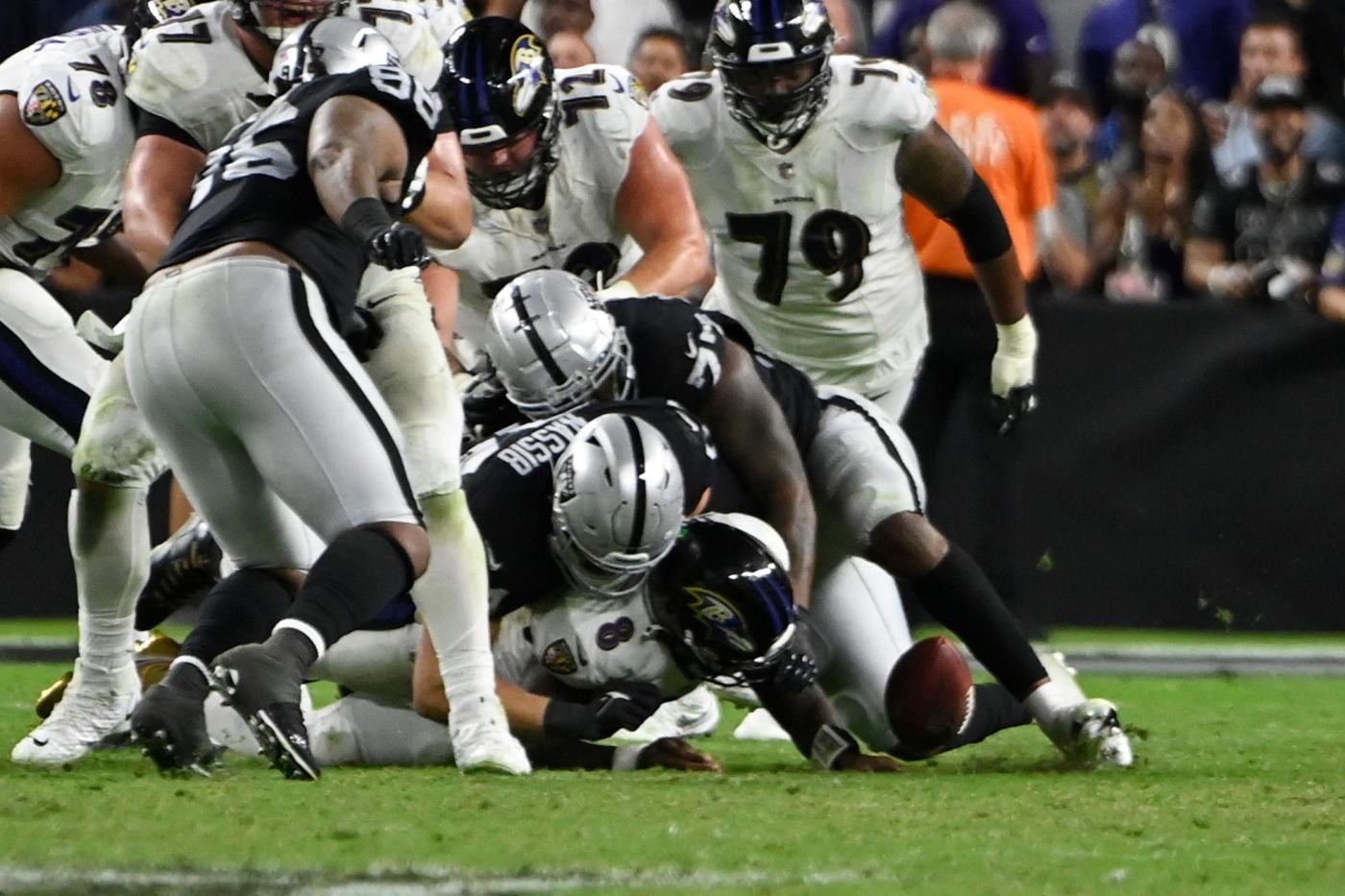 But of the 61,756 rabid fans in attendance for “Monday Night Football,” one just happened to be a non-football fan. Andrew Erazos, a 60-year-old server at a local steakhouse, is a Carl Nassib fan.

And when Nassib came out publicly as gay on Instagram in June, Erazos was moved so much that he bought Nassib’s No. 94 jersey and couldn’t wait to attend a game.

Erazos got more than he bargained for with a wild conclusion to Week 1 of the NFL season, as Nassib’s strip-sack of Baltimore Ravens quarterback Lamar Jackson came at a critical time in overtime and helped the Raiders to a 33-27 victory.

“That’s amazing, that’s a great story, I love that. I wish I could’ve seen (him),” Nassib said. “It was really special, I’m really happy that we got the win on the day that kind of made a little bit of history, which is like really nice to do.”

History as in the first regular-season NFL game with an openly gay player on the field. Nassib, who is in his second season with the Raiders, is the first active NFL player to come out as gay.

More than a dozen NFL players have come out as gay once their careers were over. Former University of Missouri defensive star Michael Sam was the first openly gay player ever selected in the NFL draft, when he was taken in the seventh round by the Rams in 2014. But he never made the final roster and retired in 2015 having never played in an NFL regular-season game.

SF Giants’ prospects gear up for playoff run of their own

Nassib finished with three tackles, including the key sack that helped the Raiders earn their third consecutive season-opening win.

“It was awesome, Carl works super hard,” Las Vegas defensive end Maxx Crosby said. “You see that. It’s the biggest play of the game. He comes out, gets a strip-sack, that’s what we talk about all the time. We’re super proud of him. Carl’s a baller and I’m proud of the guy.”

With Baltimore facing third-and-7, Nassib sacked Jackson, causing a fumble that was recovered by defensive tackle Darius Philon, and gave the ball to the Raiders at the Ravens 27-yard line.

Broncos Mailbag: Did offensive debut against Giants suggest Denver can keep up with Kansas City?