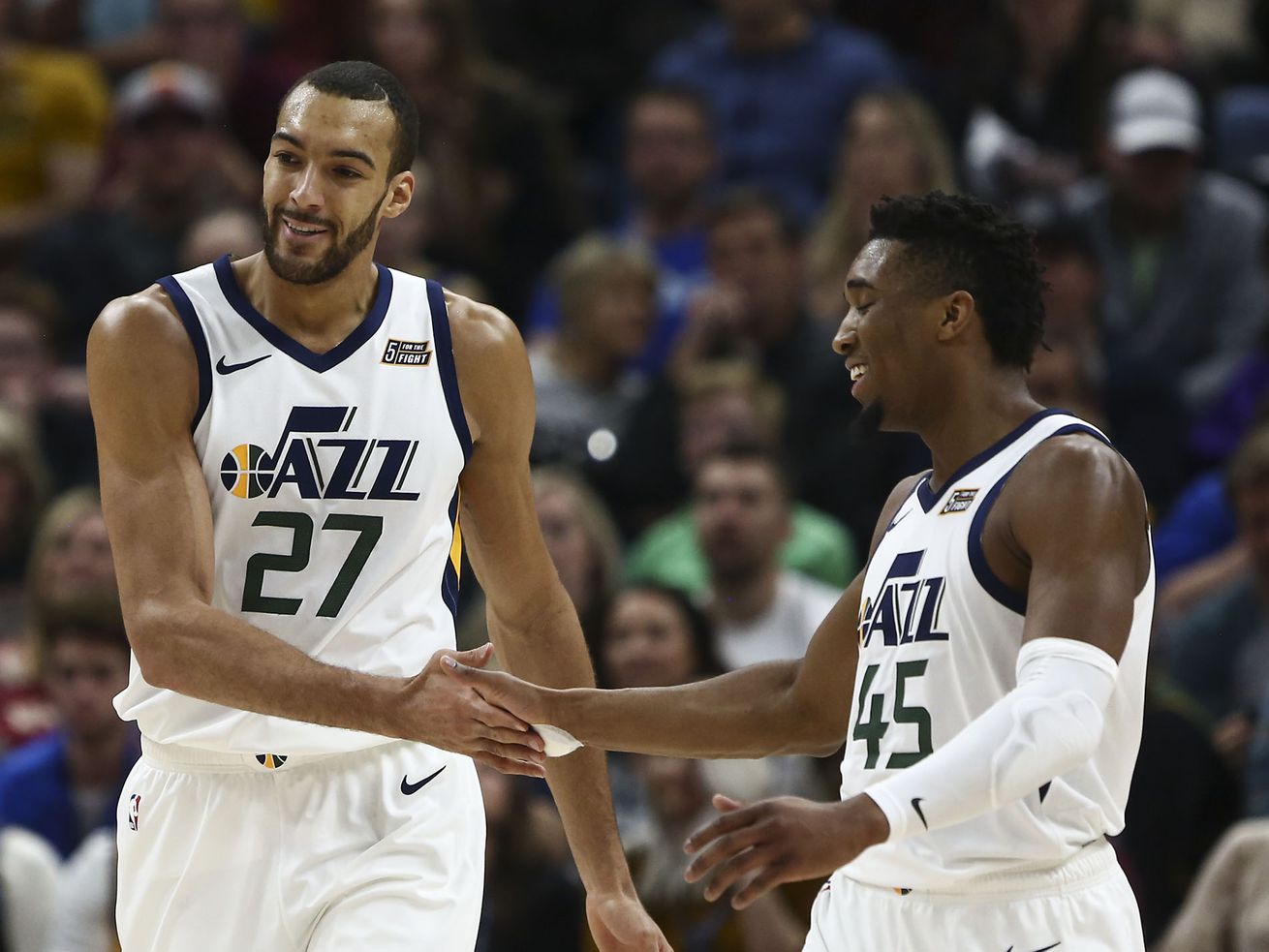 Tuesday was a day to celebrate for the Utah Jazz.

The NBA announced that for the second straight year Donovan Mitchell and Rudy Gobert will represent the Jazz in the NBA All-Star Game.

The two were selected by NBA coaches as Western Conference reserves, becoming the first Jazz teammates to make consecutive All-Star teams since John Stockton and Karl Malone did so each year from 1989 to 1997.

Gobert, who won Defensive Player of the Year for the 2017-18 and 2018-19 seasons, is favored once again to earn the end of year honor. He leads the league in defensive win shares and defensive rating and is second in rebounds and blocks per game.

Mitchell is averaging a team-high and career-best 24.5 points per game while also averaging career-highs in assists, rebounds and 3-point percentage.

“It’s really a reward of what we’ve been doing as a team.” — Rudy Gobert on being named an All-Star

The honor is well deserved by Gobert and Mitchell, who have been instrumental in leading the Jazz to a league-best 25-6 record. They’ll be joined in Atlanta for the single-day festivities by Jazz head coach Quin Snyder, who was named an All-Star coach after leading the Jazz to the West’s best record.

But there was also cause for some disappointment on Tuesday when Mike Conley’s name was left off the list of seven Western Conference All-Star reserves.

“I’m praying Mike gets in,” Mitchell said on Monday night. “I think, you know, for a guy like him, who’s done so many things through his career, on and off the floor, he deserves this. I think he’ll make it. I’m banking on it.”

Conley, who is in his 14th season, has never been an All-Star, but there was hope that this year could be the year he loses the label as being among “the best players not to make an All-Star team.”

“I do feel like I’ve played well enough to be in that conversation and to, quite frankly, be one of those reserves,” Conley said last week.

There is still a chance that he could join Snyder, Mitchell and Gobert in Atlanta.

Mitchell and Gobert were named as Western Conference reserves along with Anthony Davis, Paul George, Damian Lillard, Chris Paul and Zion Williamson. But it was announced last week that Davis will be sidelined for the Lakers for four weeks as he deals with a calf strain.

That means that NBA commissioner Adam Silver will be charged with naming an injury replacement for the All-Star Game.

Though Conley’s name will be one considered for the injury replacement, he won’t be alone.