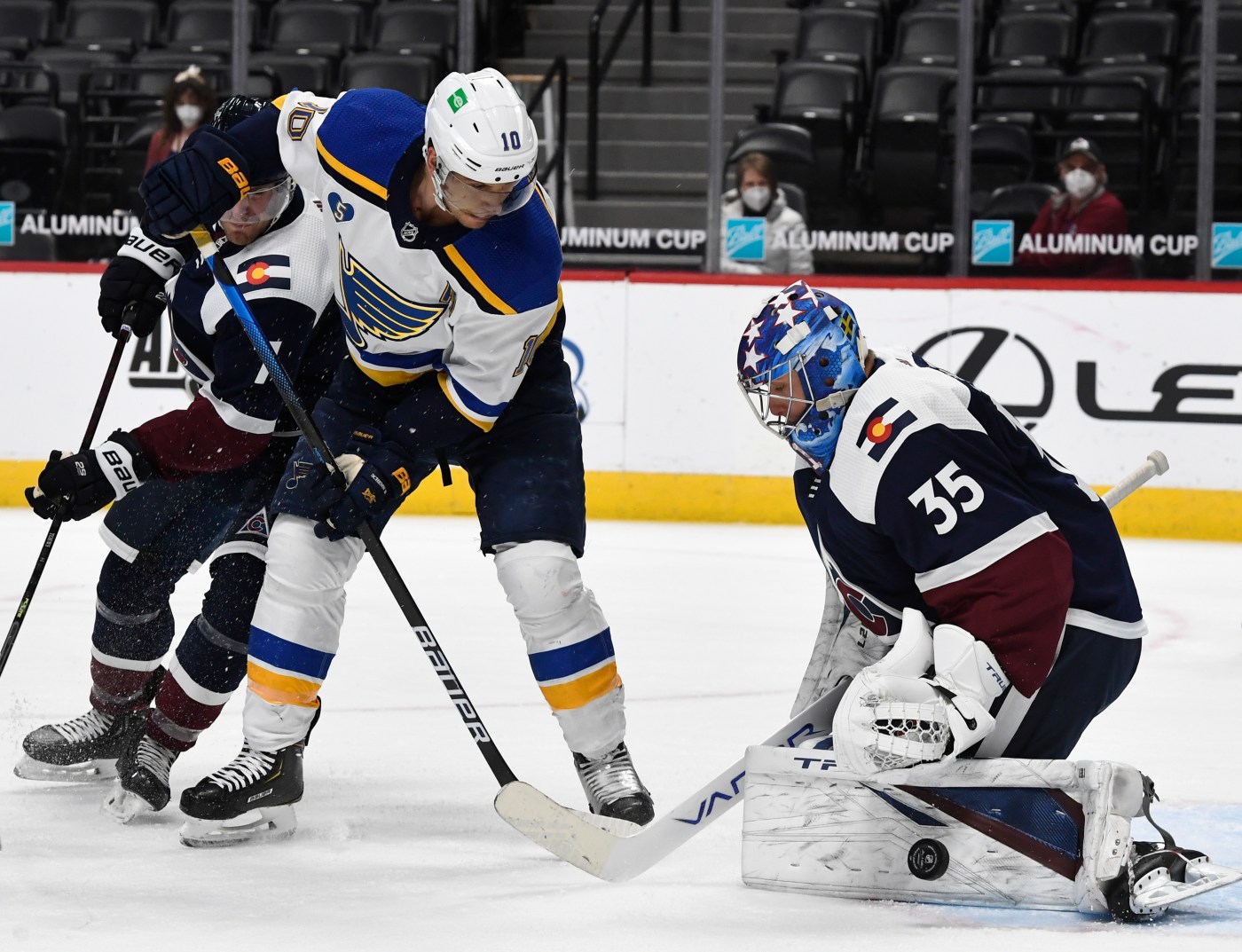 Recently acquired goalie Jonas Johansson made his third appearance with the Avalanche on Wednesday night in Minnesota, and for the third time, he allowed a goal on the first shot he faced.

Granted, Johansson came in cold in the third period, replacing Philipp Grubauer in a rare off night for the German, and the goal Johansson allowed came on a Wild power play.

But a dangerous pattern of spotting the opposing team a goal on its first shot continued.

Is this really the backup the Avs want as insurance entering the stretch run and the playoffs — given there is no evidence Pavel Francouz is anywhere close to returning from long-term injured reserve? Do the Avs dare bet on Johansson and not make a move for a proven veteran ahead of Monday’s trade deadline?

Credit the Avs for being proactive last month by acquiring Johansson from Buffalo for a sixth-round draft pick. They needed to move on from Hunter Miska (1-1-2, .838 save percentage) and they did so more than three weeks before the trade deadline.

So the Avs could use that $700K toward another roll of the dice on goaltending insurance.

Four of the five veteran goalies and pending unrestricted free agents I identified as trade targets last month are still available. And the fifth, Devan Dubnyk, could be a target if San Jose (17-17-4) believes it can’t make the playoffs. Detroit’s Calvin Pickard ($750,000), New Jersey’s Aaron Dell ($800,000) and Anaheim’s Ryan Miller ($1 million) make the most sense financially.

Colorado has too much to lose by not improving its goaltending depth. This team is too good — too capable of winning the Stanley Cup — to pin all of its hopes on Grubauer remaining healthy.

Grubauer, despite giving up seven goals to the Wild in Wednesday’s 8-3 loss and four in Monday’s 5-4 win, still has a league-best 2.00 goals-against average and is tied for 10th in SP at .919. He’s good enough to lead Colorado to the Cup. But the Avs could be doomed — again — if he goes down like last season.

Unsuspecting elements. The final two games of the Avs-Wild eight-game, regular-season series were strange from a power play/penalty killing perspective.

Minnesota scored a combined six power-play goals on 11 opportunities in the two games, after entering the set with the league’s 30th-ranked power play (10.8%). The Wild is now ranked 27th on the power play (14.8%).

The Avs’ penalty killing has been strong all season and entered Monday’s game ranked second at 87.1%. After Wednesday’s game, they stood sixth at 83.5%.

Avs Mailbag: Who’s the best option to back up goaltender Philipp Grubauer?