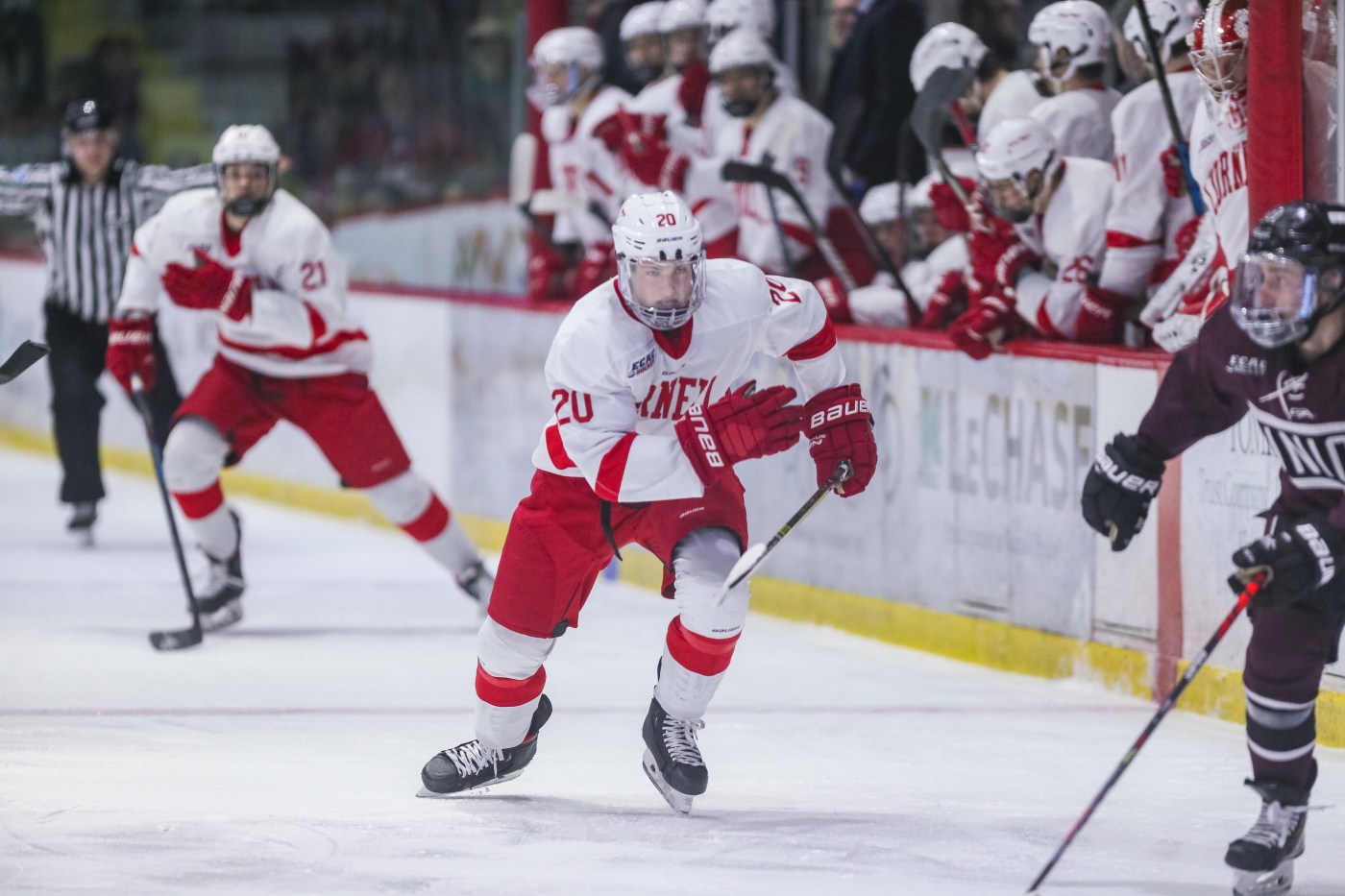 The COVID-19 pandemic has made it a difficult year for NHL prospects — the recently drafted players and those eligible in 2021 and beyond.

Some high school, junior and college leagues have begun playing. Others have not. And some have had their seasons canceled.

Long before the Ivy League teams officially shuttered its season Nov. 12, Stienburg sought another place to play while maintaining his NCAA eligibility and taking Cornell online courses. He settled on the West Kelowna Warriors of the British Columbia Hockey League (junior-A).

Then he broke his leg. Ten games into what the BCHL considered an extended training camp, Stienburg blocked a shot, fell to the ice, wreathing in pain, and ultimately skated to the bench on one leg. He knew he was hurt, but he didn’t know he was injured.

Stienburg’s next shift began on a faceoff. “Once I pushed off, it gave out,” he said of the fibula bone in his left leg. “It was displaced.”

That was Nov. 7. He underwent surgery last week in Ottawa, Ontario, where he is now recovering at the home of his aunt and uncle. Stienburg was on a Zoom call with his Cornell teammates on Nov. 12 when the Ivy League announced it was canceling the season.

While he was done for the season, he was hoping to root on the Big Red, which was ranked third nationally with a 23-2-4 record in March when the remainder of the 2019-20 NCAA was canceled because of coronavirus. All current Ivy League players can choose to take a redshirt year.

“I guess if there’s a year to have an injury, this is it, given the circumstances of all the other leagues not playing,” Stienburg said. “I guess I’m lucky that way. But it’s never fun to go through a rehab process.”

Stienburg, 20, said the Avalanche has been helpful and supportive of his journey while maintaining the necessary distance required by the NCAA. The Avs selected Stienburg with the 63rd selection last year, thus they have a deep investment in a smart player who will probably have an Ivy League education before he signs professionally.

“My No. 1 goal and dream is to play for Colorado but I recognize the value of an Ivy League education,” he said.

Avs Mailbag: When will top prospect Bo Byram get his NHL call-up?