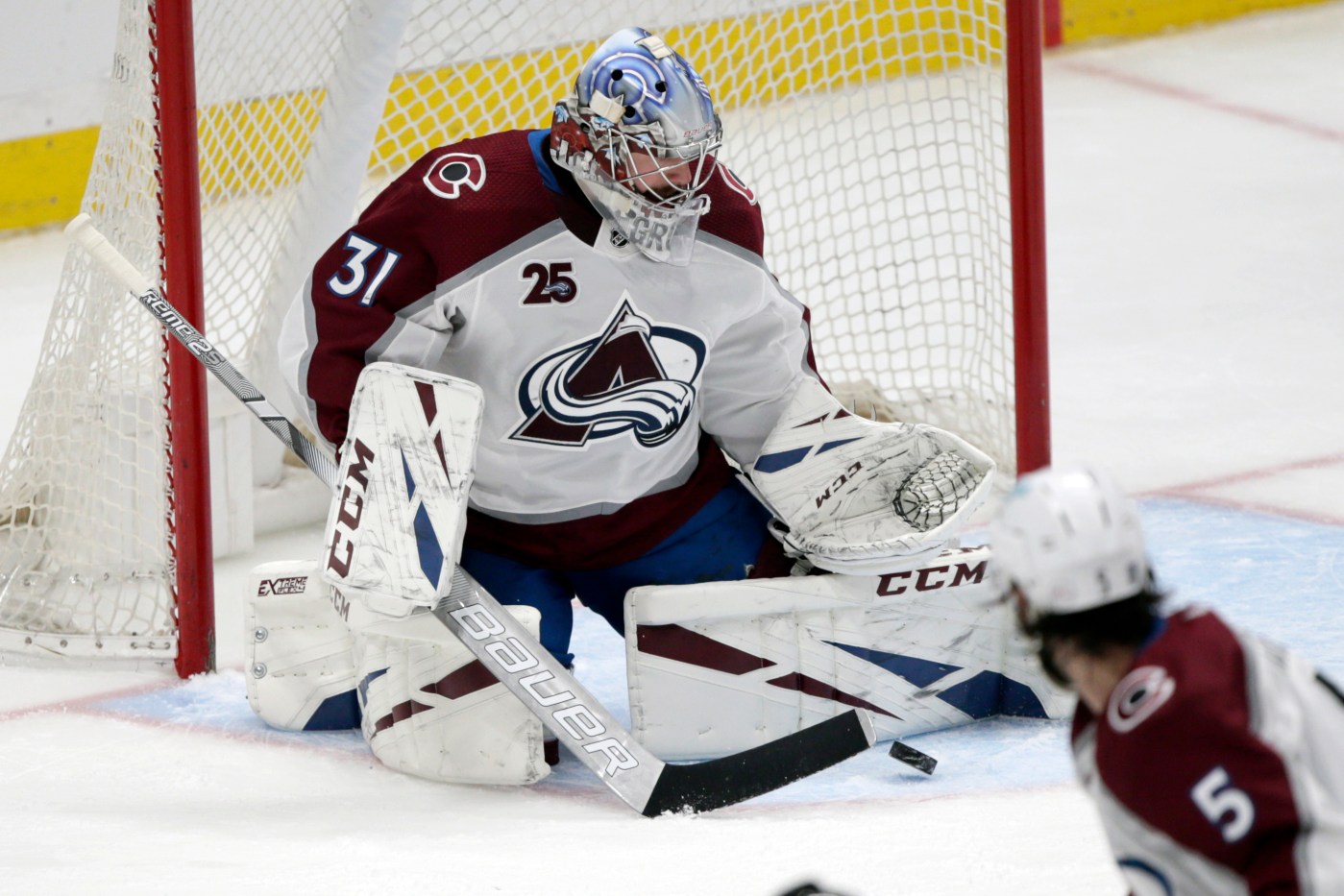 If you don’t have dependable goaltending, you can’t be a good hockey team.

The Avalanche enters the most strenuous part of its condensed schedule somewhat thin at the position. Colorado completes this month with consecutive games Friday and Saturday at the Arizona Coyotes, then plays 17 games in 31 days of March.

Goalie Philipp Grubauer, who is among the NHL leaders in wins (nine), goals-against average (1.78) and save percentage (.932), could conceivably play every game if he remains healthy. But the Avs surely won’t allow that to happen. Taxing Grubauer at this time of the regular season is simply not an option, and it appears backup Pavel Francouz will remain on long-term injury reserve (LTIR) for the foreseeable future — if not the entire season.

Francouz, who has not played this season, has put a giant crack in the Avs’ armor. Every hockey team needs two capable goalies — particularly this year in the NHL — and Colorado isn’t deep and highly unproven behind its top two.

So what are the Avs’ options? If they don’t trade for an experienced goalie, they have no proven option.

Hunter Miska, who is 0-1-1 in career NHL starts — both in place of Grubauer this season — is coming off the COVID absence list and could be available this weekend. Then there is Adam Werner, who played in two games for the Avs last season and has been Grubauer’s backup of late, and three goalies that have played for the Colorado Eagles: Trent Minor (four starts), Peyton Jones (one) and Parker Gahagen (one) — none of whom have played in an NHL game.

If the Avs are currently seeking to trade for a goalie, it likely won’t be an expensive marquee name. Every team is in playoff contention right now and Colorado is right up against the $81.5 million salary cap, with just  $587,133 to spend, according to CapFriendly.com. The Avs could unload a high-priced player for an expensive goalie, but that’s unlikely.

The question is, how does the Avalanche operate in net until the April 12 trade deadline or until Francouz returns — whatever comes first? There are 28 games through April 11, including three consecutive-night stretches.

Do they hope Grubauer remains healthy and Miska, Werner, or one of the three others can win some games when Grubauer needs a break? Or do they go out and trade for someone like Aaron Dell, the third New Jersey goalie behind Mackenzie Blackwood and Scott Wedgewood?

Dell, 31, was Martin Jones’ backup for four years in San Jose, and played a career-high 33 games last year. He signed as a free agent with Toronto for $800,000 in October but was claimed off waivers by the Devils last month. Dell has played just one game for New Jersey, stopping 37-of-40 shots in a 4-3 loss to Washington on Sunday.