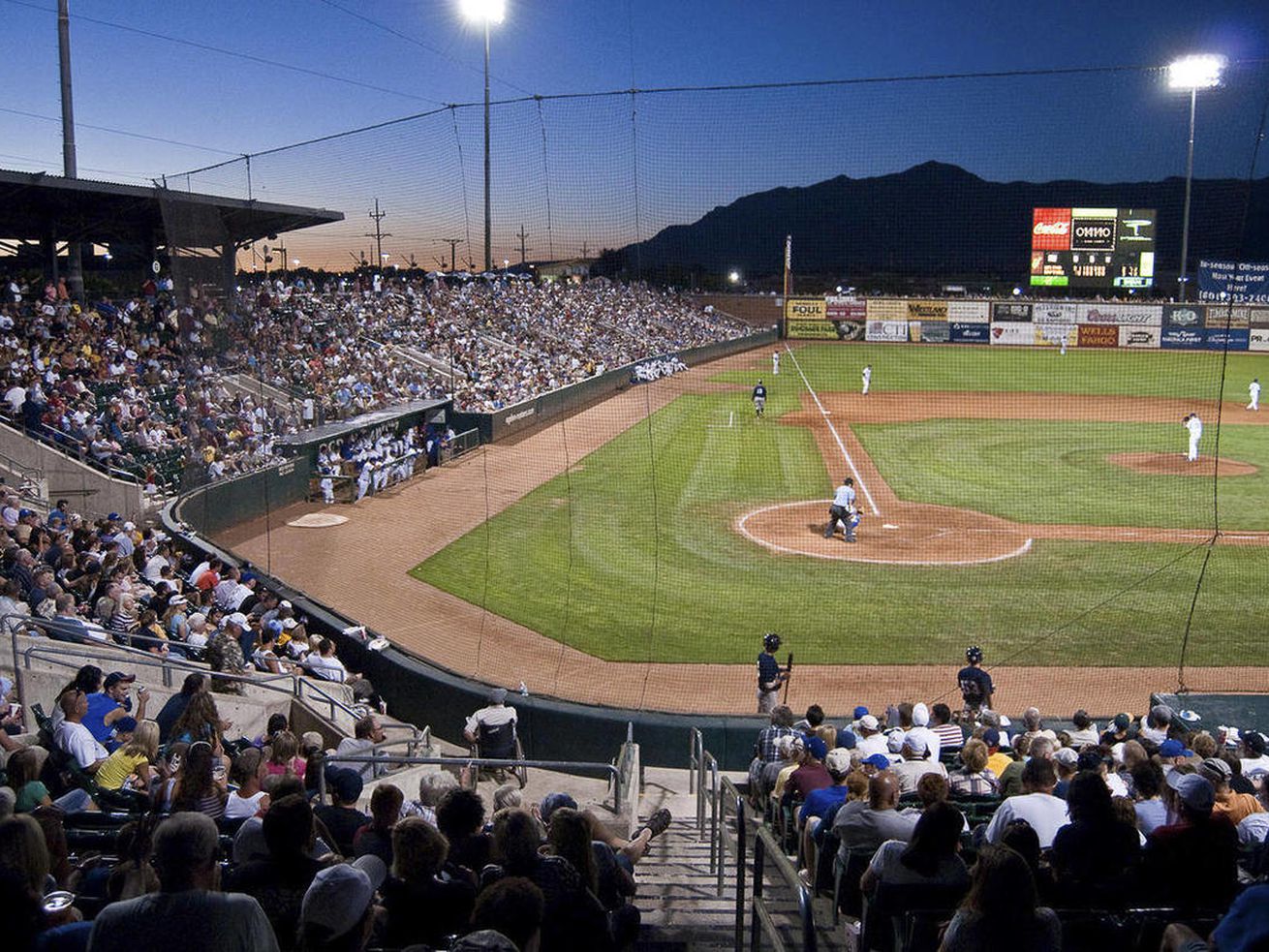 This undated photo courtesy of the Ogden Raptors shows the Raptors at Lindquist Field with the Wasatch Mountain Range in the background in Ogden, Utah. | Ogden Raptors via Associated Press

There is no sport at any level that is more interwoven into grassroots America than minor league baseball. From rookie leagues to Triple-A, from the Idaho Falls Chukars and Greensboro Grasshoppers to the Erie SeaWolves and the Tacoma Rainiers, they are a slice of Americana.

The minors have a certain charm — players mingling with fans, the corny music, the silly on-field promotional fan gags, scaled-down stadiums, even the names of the teams. For more than 100 years, towns small and large have had a team of their own that was connected directly to the bigs. Minor league ball, romantic and hopeful with possibilities, has inspired dozens of books (“A False Spring”) and movies (“Bull Durham,” “Field of Dreams”).

And now much of that is going away. On Sept. 30, the Professional Baseball Agreement that bound the minor leagues and the major leagues, ended, and big changes are coming. MLB will contract the minor leagues from 162 to 120 teams — four per big-league club — thus ending big-league affiliations for 42 teams (two of Utah’s three minor league teams — the Ogden Raptors and Orem Owlz — are expected to be among them). Rookie and short-season Class-A levels are being eliminated. And, the coup de grace: MLB will take over broadcast, sponsorship and merchandising rights, splitting revenues 50-50 with the minor league clubs.

Some consider this action tantamount to a hostile takeover. And this is on top of a minor league season that was canceled because of the pandemic.

Previously, under the terms of the agreement, the minors and majors were equal partners, recognizing the need for one another. Major League Baseball needed a proving ground for talent and provided and paid for players that made up minor league rosters. Minor league teams, independently owned, governed and financed, provided teams and facilities for those players.

Now that arrangement is being turned upside down.

MLB executives say that contraction will save money and improve the caliber of minor league teams. Dave Baggott, president and owner of the Ogden Raptors, says that’s nonsense.

“They are saving a little money,” he says, “but for the New York Yankees it is the equivalent of the cost of our napkins for one season.”

Maybe nobody is leading the fight against the MLB takeover more passionately than Baggott, whose Raptors are one of six minor league teams affiliated with the Dodgers. As a rookie league club, they are playing at the lowest level in the minor leagues, but they have still sent a handful of players on their way to the majors, including former six-time All-Star Prince Fielder, among others.

“There’s been an ongoing negotiation, but it’s all from us and nothing has changed,” says …read more