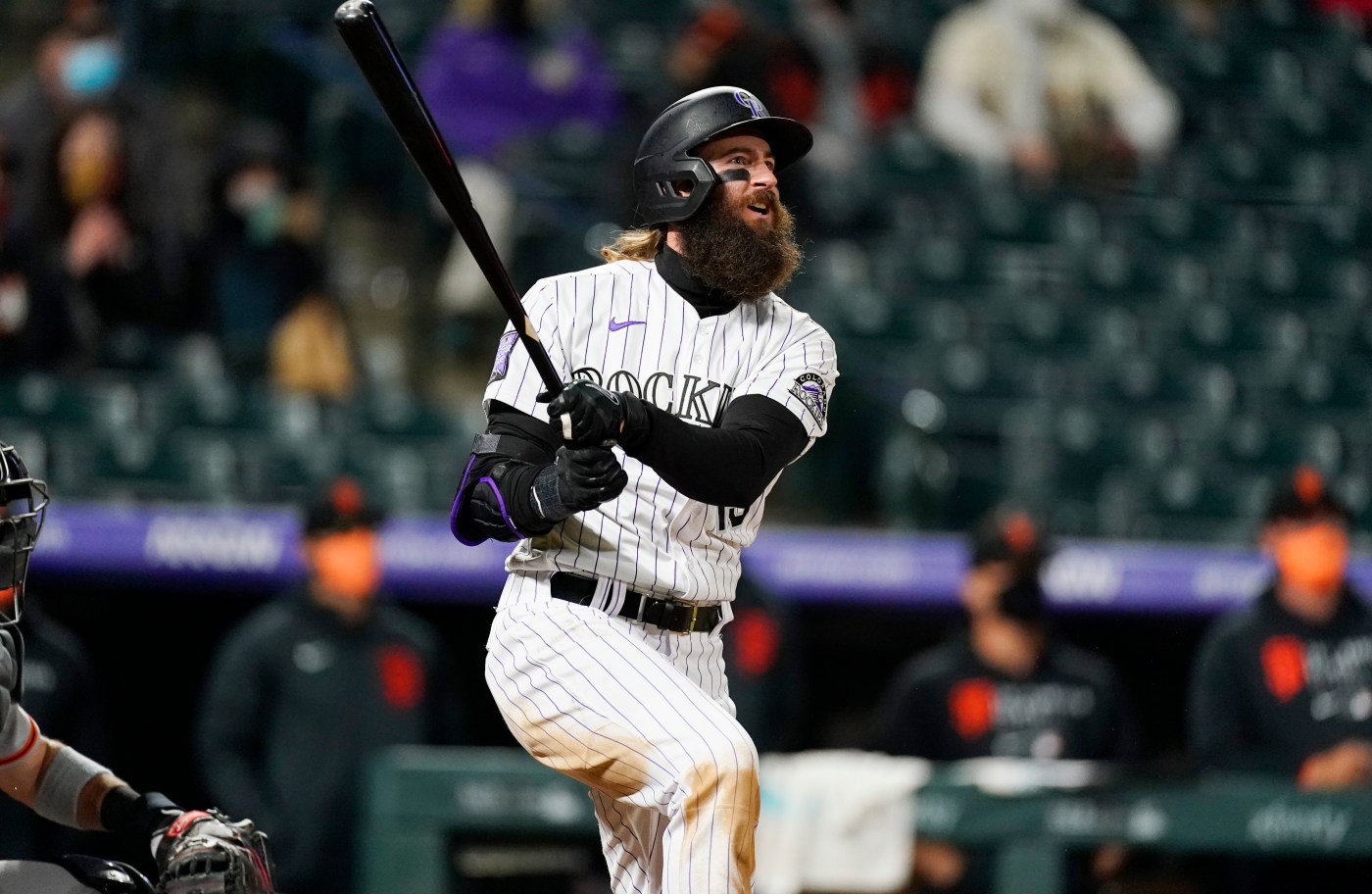 If ever a team needed a walk-off hero it was the Rockies. And if ever a player needed to be a hero, it was Rockies right fielder Charlie Blackmon.

He blasted a two-out, three-run, walk-off homer off of Giants right-hander Camilo Doval to lift the Rockies to an improbable 8-6 victory Tuesday night at Coors Field. Blackmon ripped Doval’s 3-2 pitch into the right-field seats for the fourth walk-off home run of his career.

The blast earned the Rockies a split of the doubleheader.

Blackmon’s homer was certainly a slump-buster. He entered the second game batting .188 with just one homer.

Enter Giants right-hander Camilo Doval, who gave up a bloop single to right to C.J. Cron. The ball landed in shallow right field as the Giants tried to chase it down.

The Giants appeared to have scored two game-clinching runs off of rookie Justin Lawrence in the fifth, and adding two bonus runs off of veteran right-hander Mychal Givens, who was tagged for a two-run blast by Wilmer Flores in the sixth.

San Francisco won the opener, 12-4, scoring 10 runs in the first inning, eight of them off starter German Marquez.

The Rockies also got a look at one of their younger starters in Game 2. Right-hander Ryan Castellani, called up from the alternative site, had a rough first inning, but at least he kept the Rockies in the game.

Former Rockie Mike Tauchman led off the game with a double and then scored on Brandon Belt’s home run. Castellani, who had major control issues during spring training, struggled with walks again, yielding four in his 3 2/3 innings. But when he departed, the Rockies were only down 2-0.

The Rockies tied the game in the fourth on Cron’s mammoth two-run homer to left off of Giants lefty Alex Wood. Cron’s fifth home run of the season sailed 458 feet.

The Giants pounded out 12 hits in Game 1. In that 10-run first inning, they sent 13 hitters to the plate and banged out eights, including a grand slam by Brandon Belt, followed by a solo blast by Buster Posey. The home runs came off of Rockies mop-up reliever Jhoulys Chacin who had to report to work very early.

Marquez, counted on to be the Rockies’ best pitcher, continued to struggle with his command. After just two-thirds of an inning, manager Bud Black had seen enough. He lifted Marquez, who gave up eight runs on six hits and walked two as his ERA soared to 6.21 with a 1.68 WHIP after seven starts.

The Rockies’ highlight in Game 1 was a fourth-inning grand slam by the sizzling left fielder Ramiel Tapia off Giants starter Aaron Sanchez. It was the third slam of Tapia’s career.