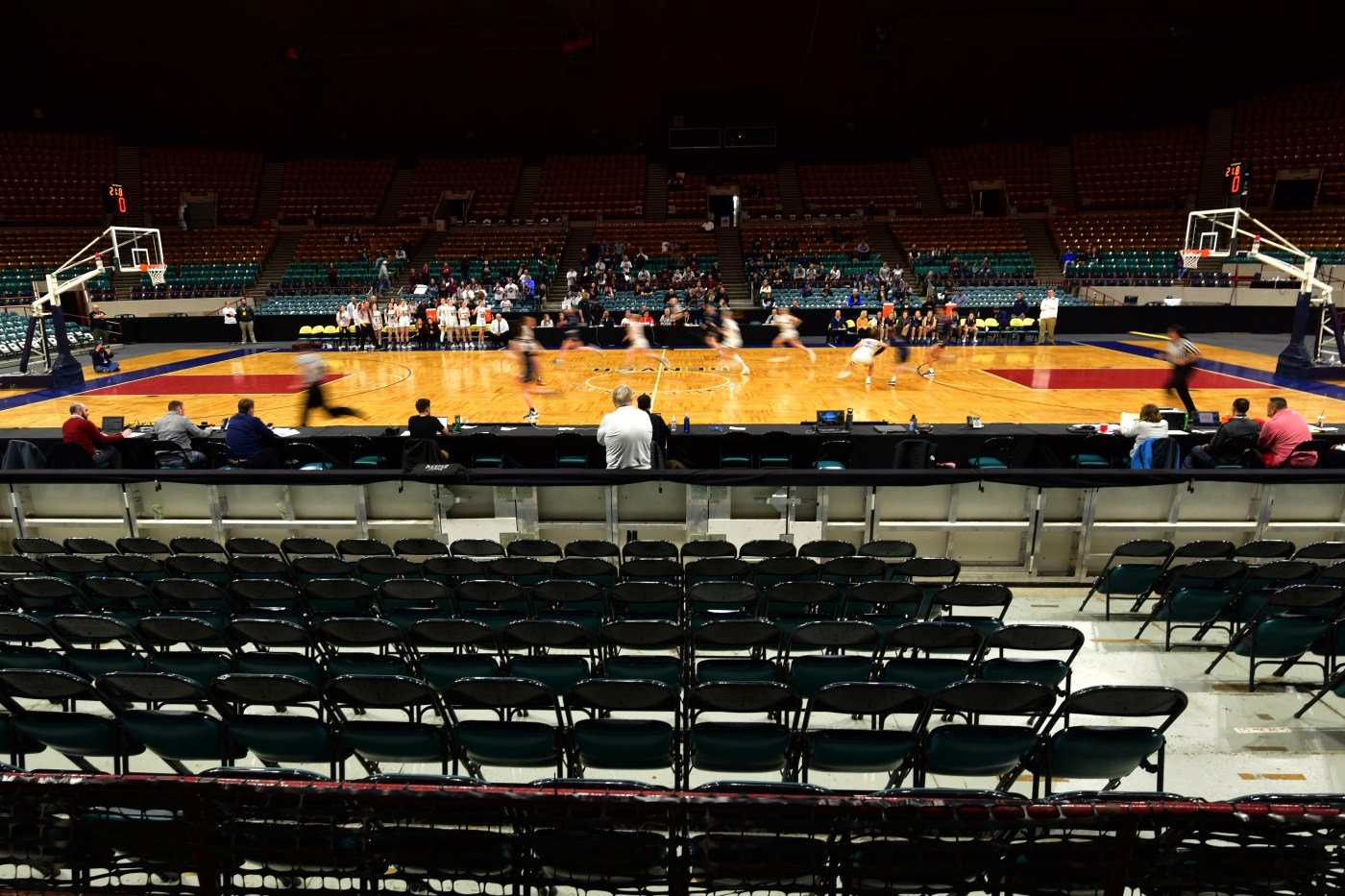 There won’t be any co-champions coming out of this year’s state basketball tournaments after the final two days of competition were canceled due to the coronavirus pandemic.

But, in recognition of the unprecedented circumstances that the players had to deal with, CHSAA is giving a medal to every boys and girls player who participated in the tournament, across all classes.

“In order to be a co-champion, you have to play in a championship game, and there weren’t any championship games,” commissioner Rhonda Blanford-Green said. “Therefore, we would like to realistically recognize students for what they have accomplished in the tournament. And we want to make sure the recognition is done in an appropriate manner to where we were when the tournament concluded.”

Class 5A and 4A girls Final Four felt “really, really weird” with crowd capped by coronavirus

Only the Class 4A and Class 5A girls got their semifinal games in; the other eight brackets were frozen in the Final Four as the state didn’t crown any hoops champions for the first time.

Per tradition, each team already receives a plaque for advancing in their respective tournaments. But these medals take individual recognition a step further, which as Blanford-Green explains, is a rather unprecedented move for CHSAA. The association never awards individual medals in team competitions — only in solo sports such as track and field, swimming and wrestling.

“We wanted to, in a consistent and equitable manner, recognize students that displayed extreme amounts of leadership, resolve and maturity in a situation that neither our organization nor they had any control over,” Blanford-Green said.

With the CHSAA staff working remotely until March 30, Blanford-Green said the exact design of the “commemorative mementos” is yet to be finalized. The commissioner hopes the gesture can, in some small way, ease the sadness and lack of closure local basketball players felt with the cancellation of the tournament. CHSAA will be footing the bill for the medals, which will number about 1,600 and be distributed sometime this spring.

“Our thought process is to have a CHSAA-type medal, with a saying on the back that speaks to what our students faced and how we want to recognize them,” she said. “It will have …read more