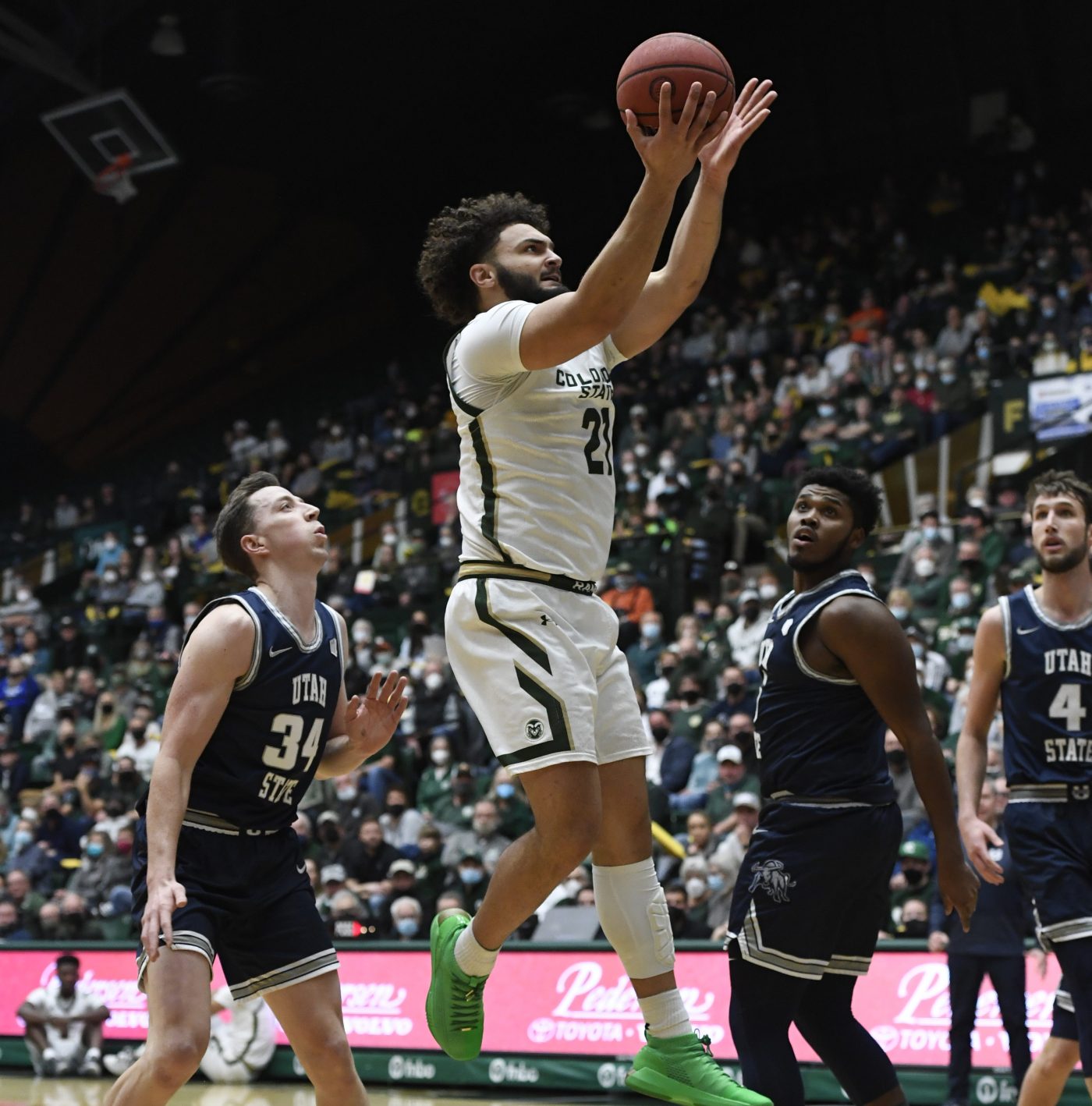 These Rams are alright.

CSU earned a resilient 77-72 victory over Utah State on Wednesday night at Moby Arena in a bounce-back performance after suffering its first loss of the season. The Rams (12-1, 2-1 MWC) now hit the road on Saturday against San Jose State.

On Thursday, the CSU star combination of point guard Isaiah Stevens and forward David Roddy combined for 46 points and six assists. The Rams went up by 10 in the second half.

But Utah State nearly completed a comeback when it pulled ahead, 62-60, on a forward Justin Bean fadeaway with 4:37 left in regulation. Roddy responded on the next possession with a triple to regain the CSU lead. The final 35 seconds got tense when the Aggies pulled back within 1-point. Then clutch free throws from guard Chandler Jacobs and Stevens iced the CSU victory.

The Rams were rusty to begin the night with an almost six-minute scoring drought and four early turnovers. CSU lacked cohesion. It’s no surprise when you consider their recent schedule.

Keeler: CSU Rams are better than they showed against Air Force. And if Niko Medved’s unbeaten bunch wants to dance at NCAA Tournament, it’s on them to prove it.

The Rams had four of their previous six games either postponed or canceled due to COVID-19 protocols. Getting back to a playing rhythm, especially in a 30-point drubbing over the weekend at San Diego State, has been challenging. The loss knocked CSU out of the Top-25 rankings.

But the Rams’ fortunes changed in a hurry Wednesday night in front of a rowdy home crowd.

CSU lit the match with 10:58 left in the first half when freshman guard Jalen Lake buried a 3-pointer. Stevens dazzled with several tough finishes in the paint and a buzzer-beating triple. The Rams went on a 14-1 run for an eventual 9-point lead at halftime.