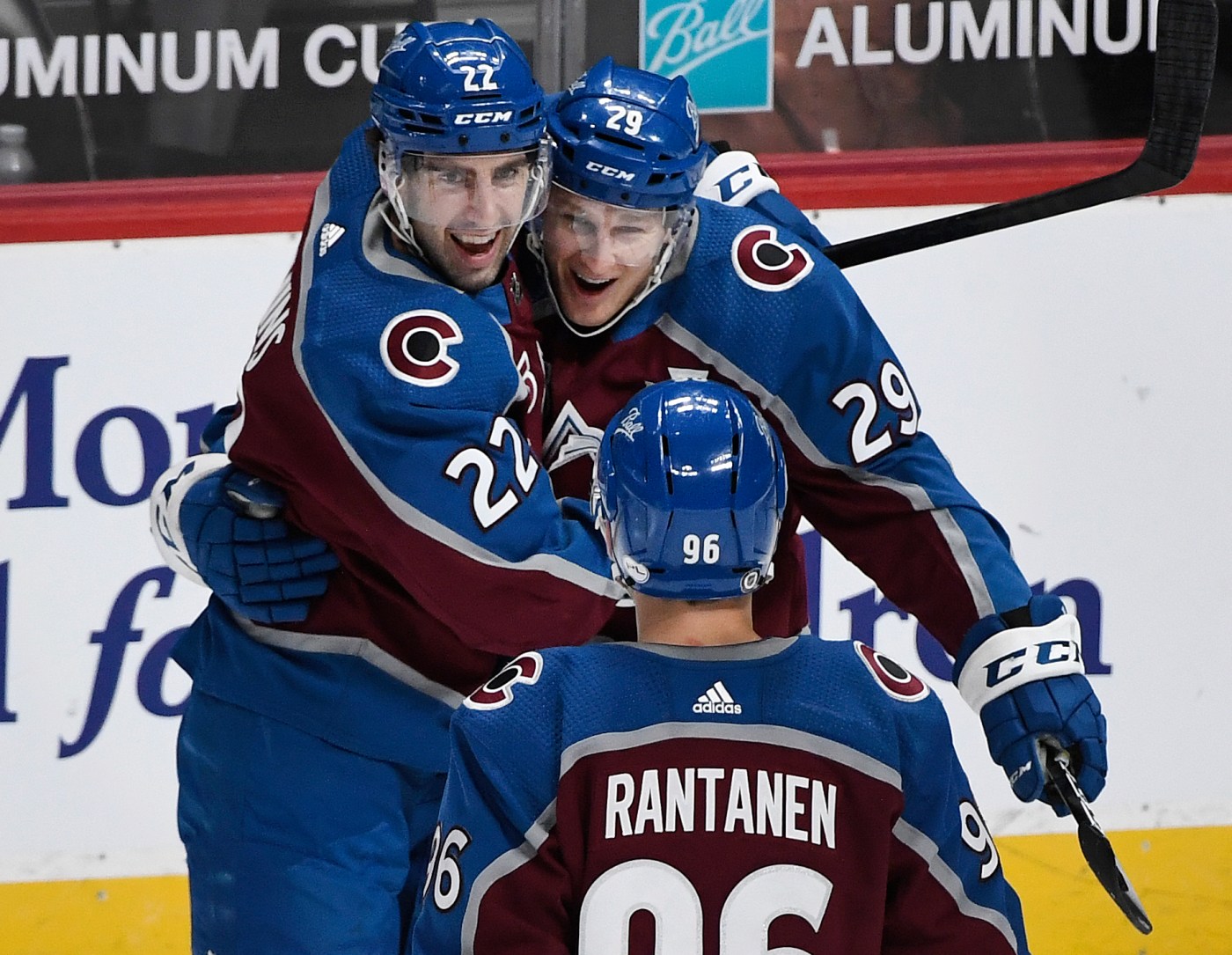 Conor Timmins is no Cale Makar. But he played like the reigning Calder Trophy winner and Norris Trophy candidate in Saturday’s 4-3 victory over the San Jose Sharks.

Timmins, who had a career-high two assists and club-best plus-3 against the Sharks, is a poor man’s Makar — the points-per-game leader (1.03) among NHL defensemen. They’re both 22, and both right-shot offensive-minded defensemen selected early in the 2017 draft. Makar went No. 4 overall, Timmins at No. 32.

They were paired together for Canada’s 2018 gold-medal-winning World Junior Championship.

And then Timmins got hurt. He suffered a concussion upon returning to his junior team and the injury forced him to miss the entire 2018-19 season. Timmins also suffered injuries last season and early this year that stalled his development.

But he has developed into a nice second-pairing option now with Sam Girard and Ryan Graves out with injuries. Timmins logged 18:27 on the second pairing Saturday as the Avs swept the Sharks in a consecutive-night stretch at Ball Arena.

“He’s been putting in the work,” Avs coach Jared Bednar said of Timmins. “He had a good last stint with the Eagles, got healthy, was playing with confidence down there. He comes up here, he’s not going to play the same amount of minutes, but now with some of the guys who are injured, we just felt he was doing the right things, he was more sure with the puck, he was executing more plays in the breakouts, neutral zone, O-zone, than he was in his last stint. So we felt confident with him.”

Timmins, 6-foot-2 and 185 pounds, assisted on the Avs’ first and fourth goals on Saturday — the Avs’ two most important tallies.

Blanked by San Jose rookie goalie Josef Korenar for more than halfway through the game, Timmins made an extraordinary play to set up Nathan MacKinnon’s back-door tap in to tie it 1-1. And with the Avs clinging to a 3-2 lead midway through the third period, Timmins made a sharp D-to-D pass to Devon Toews, whose shot from the point caromed in off Mikko Rantanen for what turned into the game-winning goal.

“He’s a right shot, he shoots the puck well and he passes it hard,” Bednar said of Timmins. “He made an amazing play on the 4-on-4 goal to the back-door to (MacKinnon). He has that type of ability. We haven’t seen a lot of flashes of it through his first few call-ups but I think right now he just looks like a more confident player.

“He’s been around us enough. He knows we need him to play well with (Graves and Girard) injured, and he’s hungry to do that. Good for him for making the most of the opportunity.”

Timmins played in 17 of the Avs’ first 21 games this year, a stretch where he was reassigned to the Eagles twice. He has played his last seven games with the Avs and his ice time has slowly increased.

“Just been more sure of myself on the ice,” Timmins said of his improved play. …read more