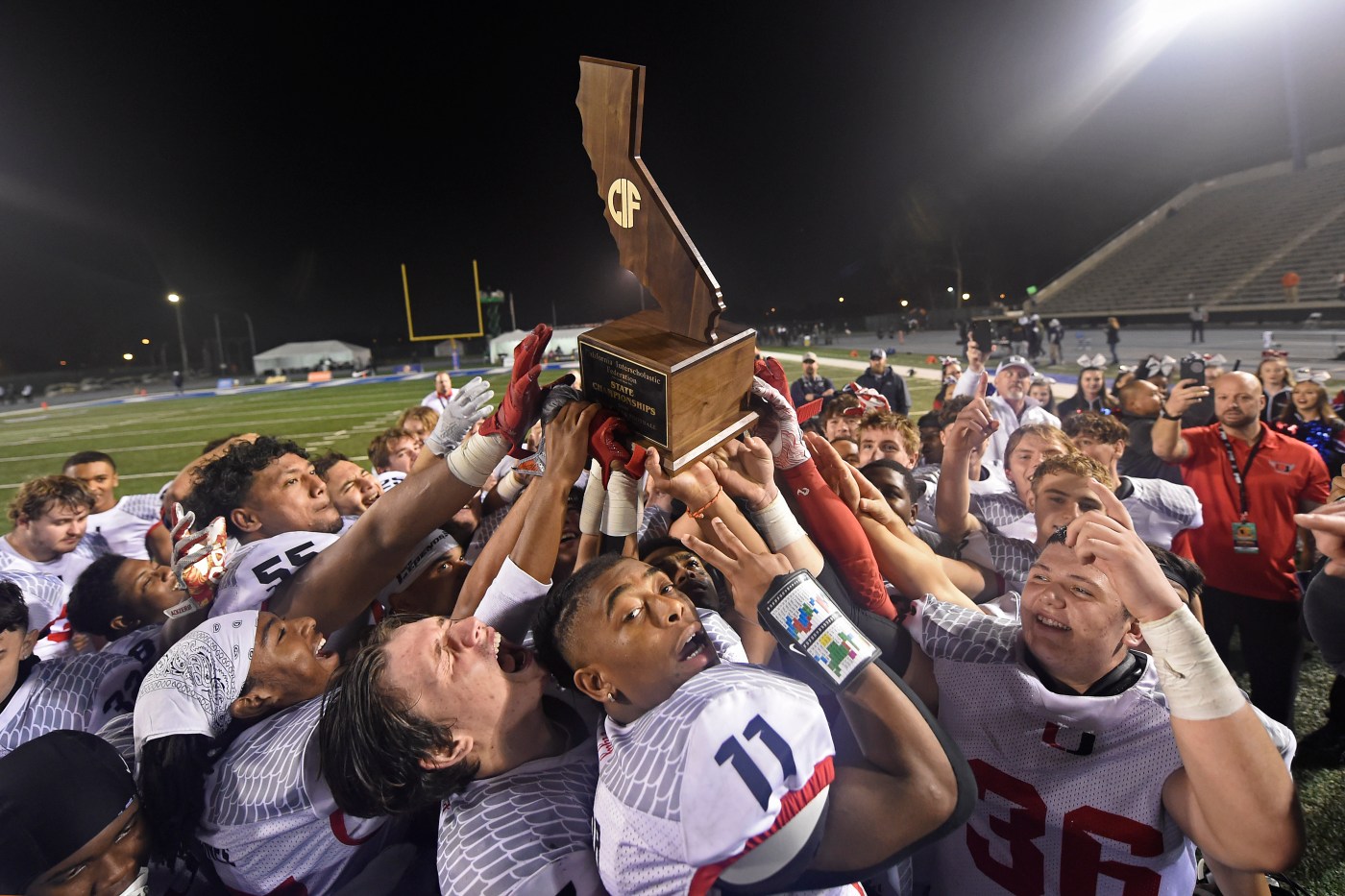 For all they have accomplished in their football lives, nothing can top the outcome Friday for Patrick Walsh and Justin Alumbaugh.

The De La Salle High School products — and longtime football coaches — went to bat for kids across California and knocked the ball into the Pacific Ocean.

They, along with other return-to-play advocacy leaders, successfully persuaded Gov. Gavin Newsom to ease state guidelines so all outdoor high school sports in California can return before the academic year ends — a stunning outcome that began seemingly as a pipe dream a few months ago and ended in celebration.

“We’re all ecstatic for the kids,” Alumbaugh said Friday morning. “We’re going to get to see a lot of kids doing something that they love in a healthy way. That’s why we have been doing the work that we have been doing. This wasn’t just about football or anything like that. This is about a lot of daughters that are out there. It was about a lot of sons that are out there. … From the bottom of my heart, I think there is a lot of kids that are going to be very, very happy, very, very soon.”

But never had these men faced odds so seemingly insurmountable with the weight of student-athletes and parents throughout the state on their shoulders.

If this were the mother of all Hail Mary passes, it landed in the arms of kids who have held onto hope since the pandemic shutdown started more than 11 months ago.

When Walsh, Alumbaugh and Torrey Pines-San Diego’s Ron Gladnick founded the Golden State High School Football Coaches Community, Walsh said the advocacy group’s mission was to give the 3 million kids stuck on the bench a voice — a seat at the table where issues are discussed and decided.

So Walsh and his group, along with the parent-driven Let Them Play CA leaders, went to work. They did surveys. They put together data. They recruited coaches and parents. They met numerous times with Newsom’s coronavirus reopening team. They met with Dr. Mark Ghaly, the state’s health and human services secretary.

Walsh brought in heavyweight alums from Serra, where he has coached for two decades, to speak about their youth sports experiences. Yeah, it helps when one of those heavyweights is Tom Brady.

The Zoom interview Walsh moderated with the legendary quarterback was recorded in mid-January. Walsh strategically released the video minutes after Brady won his seventh Super Bowl.

Through the snail’s-pace talks with state officials, and all the ups and downs, Walsh and Alumbaugh maintained their public optimism. They believed the outcome would somehow, someway turn out in the kids’ favor.

Not their favor. The kids’ favor.