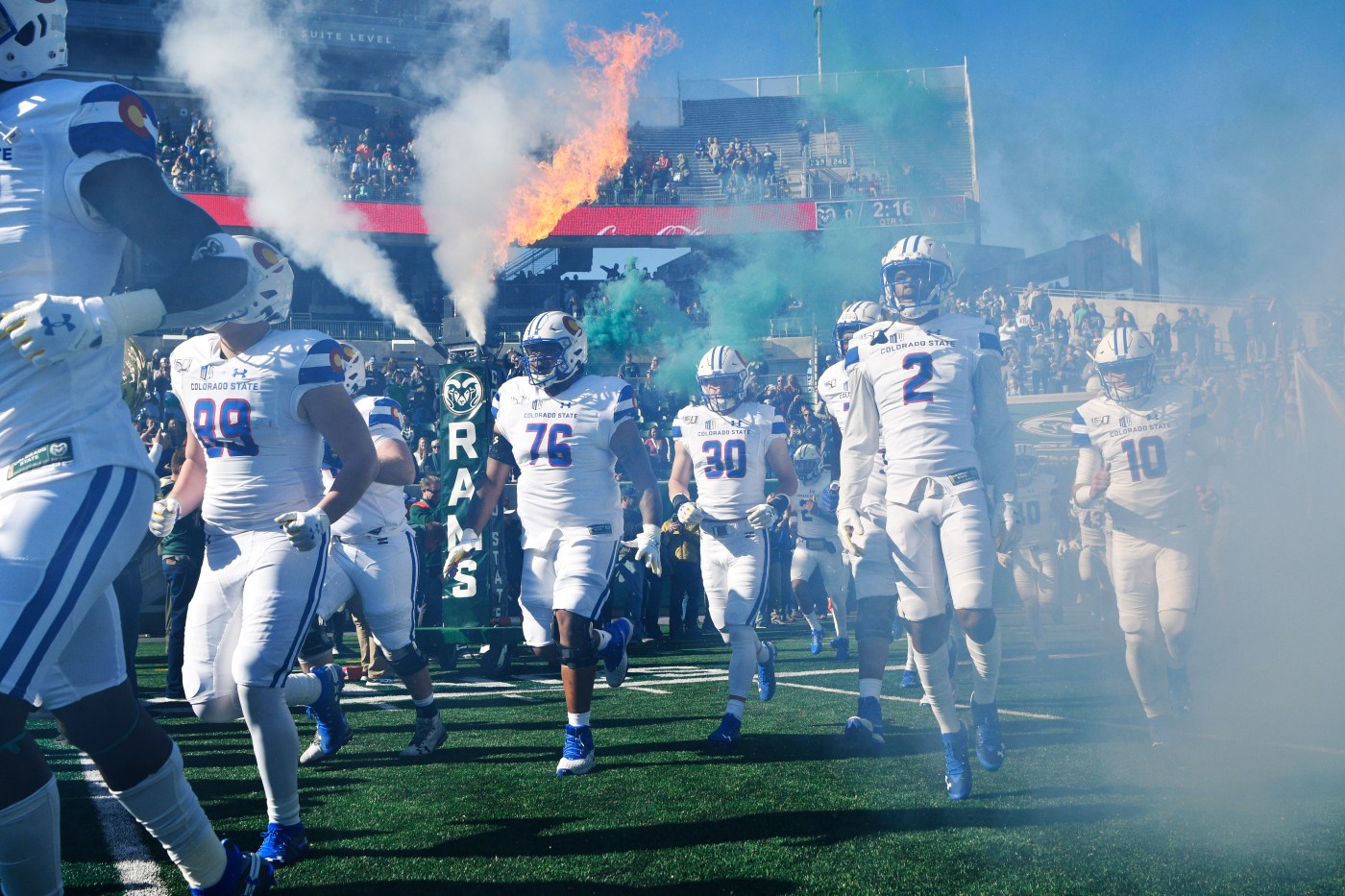 Are you ready for some Thursday night football, CSU fans?

The Rams’ first season under new coach Steve Addazio will feature four Thursday contests, the athletic department announced on Tuesday. Those weekday contests include the Border War showdown with Wyoming on Nov. 5 and the annual clash with Air Force on Nov. 26 — the afternoon of Thanksgiving Day.

CSU faithful, if eventually allowed to attend games in person, would also be advised to dress warmly. Of the four home games scheduled at Canvas Stadium, three will be played at night. And the fourth, a Nov. 21 date with UNLV, has a time to be announced.

The Addazio Era will open under the lights on Oct. 24 with a visit from New Mexico, a tilt slated to kick at 7 p.m. on Fox Sports 2. Three of CSU’s eight contests are to be aired on either FS1 and FS2, with the other five airing on CBS Sports Network.