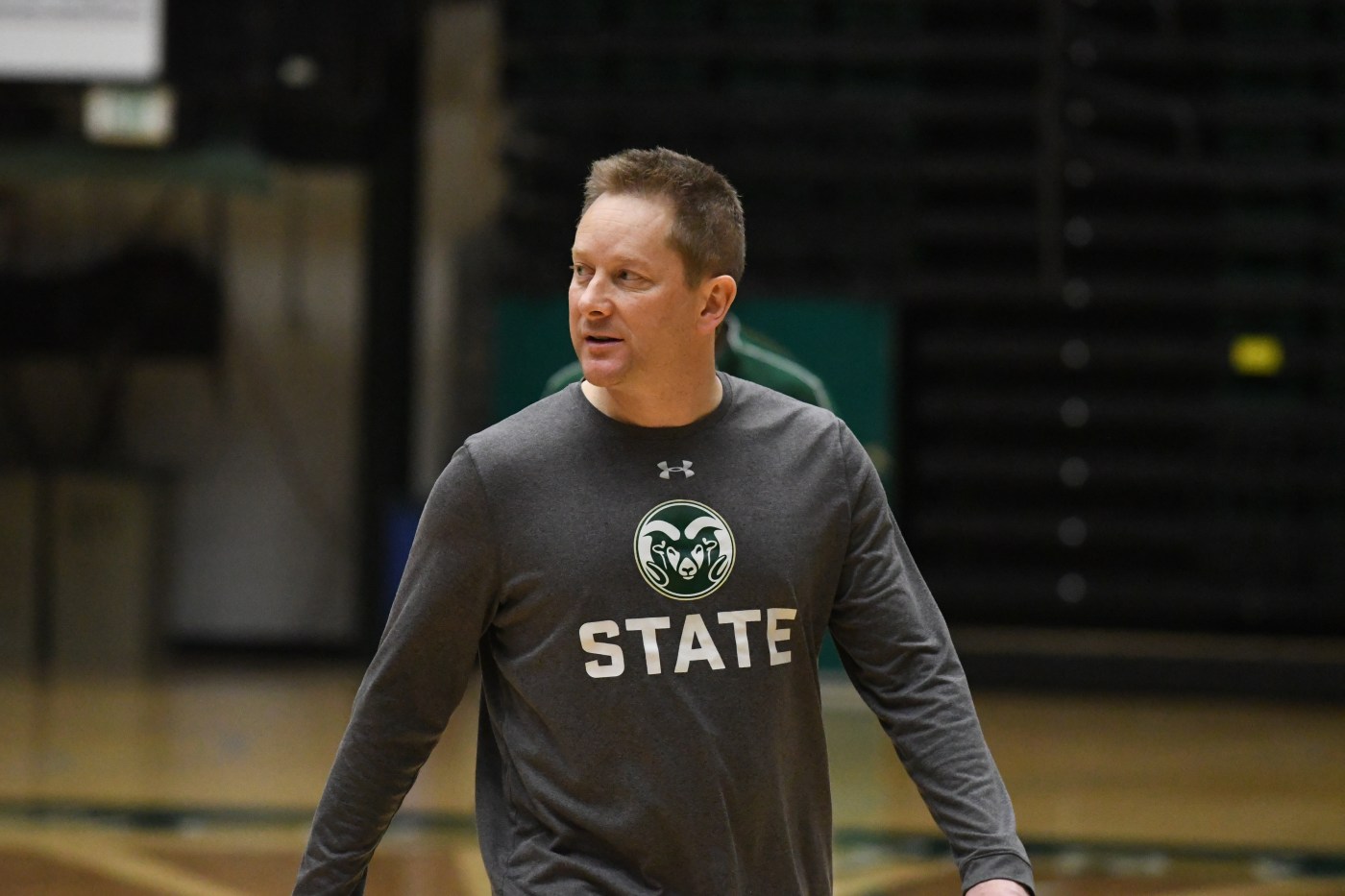 While the NCAA will allow the CSU men’s basketball squad to tip off as early as Nov. 25, the Rams’ non-conference schedule remains a work in progress. Accent on the work.

“We’re still kind of navigating our way through a couple different scenarios,” CSU coach Niko Medved said after the team’s first official practice Thursday. “And a lot of it for us just depends on who we’re going to have the opportunity to play and where that’s going to be. And some of those things are still up in the air, honestly.”

We know the Rams will still play the CU Buffs in Boulder. They’re still slated to meet DU and UNC, too. CSU had been in line to appear at the MGM Main Event in Las Vegas Nov. 20-22, but “that tournament will not exist anymore in the same form,” the third-year Rams coach said on Thursday.

Medved expects more dates and times to be arranged before the end of October. The Rams will open an 18-game Mountain West slate at home Dec. 29 vs. UNLV. The Mountain West tourney is slated for March 10-13 in Las Vegas.

But we’re also heading into the first full winter of the coronavirus pandemic. And if we’ve learned anything from the last seven months, it’s that even things supposedly designed to be set in stone can get scratched from existence in a blink.

“We have a little more clarity than maybe two weeks ago,” Medved said. “But heck, I say that, and this is 2020, right? It could all change by (Friday) morning.”

Eligibility bonus? Medved said the Rams wouldn’t feel a significant impact from the NCAA’s announcement on Wednesday that it would, in response to the pandemic, extend an extra season of eligibility to all winter sport athletes. Largely because CSU is only carrying 11 scholarships on its roster right now, and only 10 of those players are practicing every day.

“I think a lot of these guys already will get opportunities to play,” the coach said. “Jake (center Jacob Jennissen, a 6-foot-11 freshman) is recovering from a knee injury, you know, maybe he’s been moved further down the road. It depends on how he progresses this year and he’s doing a great job so far. Maybe … (you) change your mind to say, ‘Maybe we can play him this year if he’s ready.’”

The Rams’ roster is one of the youngest in the Mountain West, with nine of CSU’s 12 players being either freshmen or sophomores.

“But because we’re so young, we haven’t thought about that much,” Medved said. “It’s still a little bit different for us than a lot of these other schools. Maybe that pays off down the road for us, who knows?”

Being home is different. Medved cracked that he’s spent more time at home since March, thanks to COVID-19 travel restrictions, than he has in ages, given how the pandemic limited face time with potential recruits.

“I’m still married, my kids still love me, I think,” the coach joked. “(But) as you get to October, this is …read more