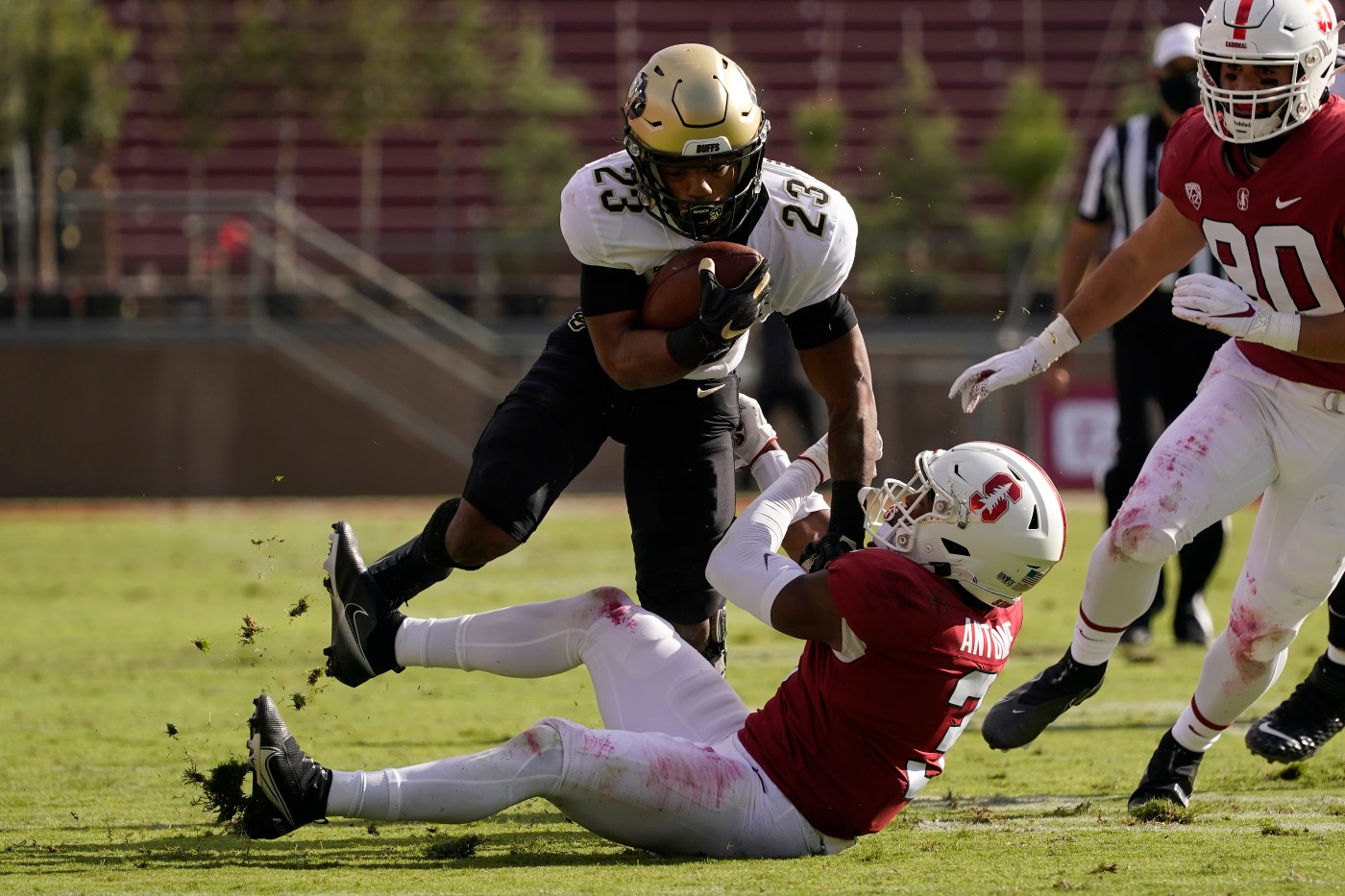 STANFORD — Sam Noyer passed for two touchdowns and ran for two more, Jarek Broussard had another strong day rushing, and Colorado held on to beat Stanford 35-32 on Saturday.

Noyer, a fifth-year senior who nearly transferred out of Colorado after playing safety last season, threw an interception on his fourth pass of the afternoon then settled in to complete 15 of 24 attempts for 255 yards. Noyer scored on a 7-yard option keeper midway through the second quarter then led the Buffaloes on three scoring drives coming out of halftime.

Davis Mills passed for 327 yards and a touchdown in his first game of the season for Stanford (0-2, 0-2). Mills was one of four players forced to sit out last week’s game against Oregon because of coronavirus concerns. The Pac-12 later admitted errors in the testing protocol that kept the four Stanford players out.

Jet Toner added three field goals for the Cardinal. Stanford lost its home opener for the first time since 2007.

Colorado outgained Stanford 432-403 to win on the road for just the seventh time over the past three seasons.

Broussard followed up his stellar performance against UCLA (187 yards, three touchdowns) with 121 yards on 27 carries.

Noyer had touchdown throws of 54 and 34 yards in the second half. He also scored on a 10-yard run after a perfectly executed fake to Broussard.

Broncos After Further Review: Third-and-long not third-and-oh-no for offense

Stanford trailed by 19 early in the fourth quarter but rallied and pulled within a field goal when Mills connected with Scooter Harrington on a 1-yard touchdown.

After Mills’ two-point conversion pass to Tucker Fisk made it 35-32, the Cardinal attempted an on-sides kick that was recovered by Colorado’s La’Vontae Shenault.

CU’s Jarek Broussard confident in rise to starting Buffs running back: “He always said, ‘Do not let the size fool you.’”

Atoning for his past errors

Toner had a much better afternoon than he did a week earlier in Eugene when he went 0-for-4, matching his total for misses from 2019. The Stanford kicker drilled a 48-yarder to cap the …read more