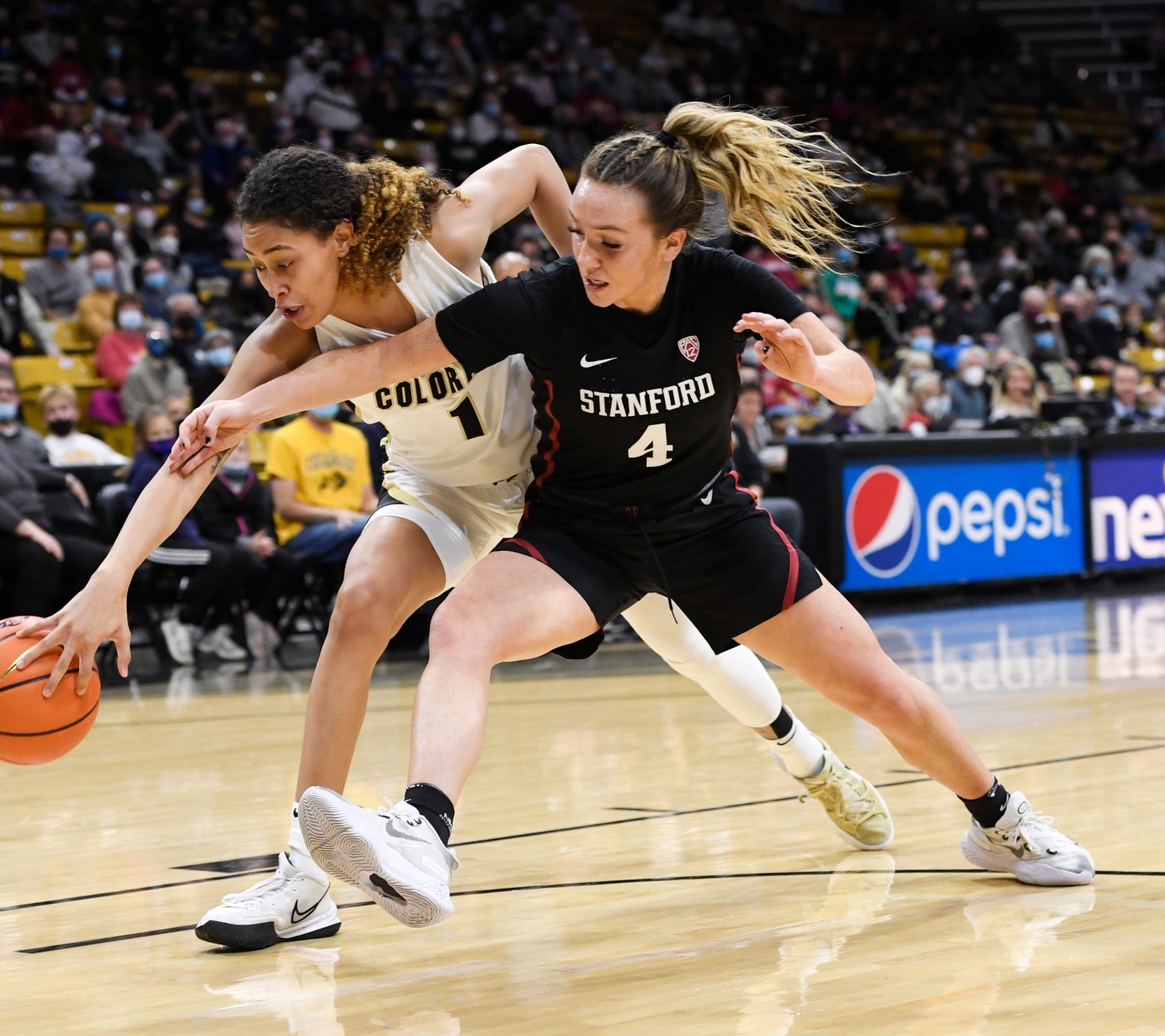 BOULDER — The spirit was willing and the defense was stellar, but it wasn’t enough to lift the Colorado women’s basketball team over No. 2 Stanford Friday night.

The Cardinal, the defending national champions, kept their poise, found their offense in the second half and pulled away for a 60-52 victory at the CU Events Center. Stanford outscored CU 36-24 in the second half.

Worse than the defeat for CU was the late-game injury to junior guard Jaylyn Sherrod. The Buffs’ energizer and team leader appeared to hurt her right leg and had to be helped off the court.

The Buffs, who shot a tepid 30% from the field, lost for the first time this season and are now 13-1. The Buffs were led by Quay Miller, who scored 16 points.

Stanford, getting balanced scoring throughout its lineup, improved to 12-3.

The Cardinal lost just twice en route to its national title last season, and one of those losses was a 77-72 overtime defeat to Colorado in Boulder last January. It marked the first time the Buffaloes had ever beat a No. 1-ranked team.

Early on, it looked like CU was going to pull off another upset and earn a milestone win for the rebuilding program. Stanford, however, was just too deep and too talented.

CU’s defense was frenetic and nasty in the first quarter. Applying constant pressure to the rattled Cardinal guards, the Buffs forced 13 turnovers — 10 of them coming off of steals — to take a 15-8 lead. Sherrod had four of those steals.

Had the Buffs been able to drain a couple of 3-pointers in the first quarter, they might have buried Stanford early. Instead, the Buffs shot 0 for 6, missing several wide-open looks.

In the second quarter, when CU’s Frida Formann finally drained a 3-pointer from the top of the key as the shot clock expired, CU’s lead was 28-19 with 2:09 left. But the Cardinal scored the final five points of the half to cut CU’s lead to 28-24 and grab the momentum heading into the locker room.

Stanford junior guard Haley Jones lifted her team in the third quarter, scoring eight of her team-high 11 points in the quarter.

A beautiful give-and-go from Sherrod to Peanut Tuitele, who made the foul shot to complete the 3-point play, put the Buffs ahead 41-36 late in the third. It looked as if Colorado just might hold off the Cardinal.

It was not to be.

Stanford started draining open shots and scored the next 10 points to take a 46-41 lead with 8 minutes left in the game. Colorado, out of gas, never mounted a rally.