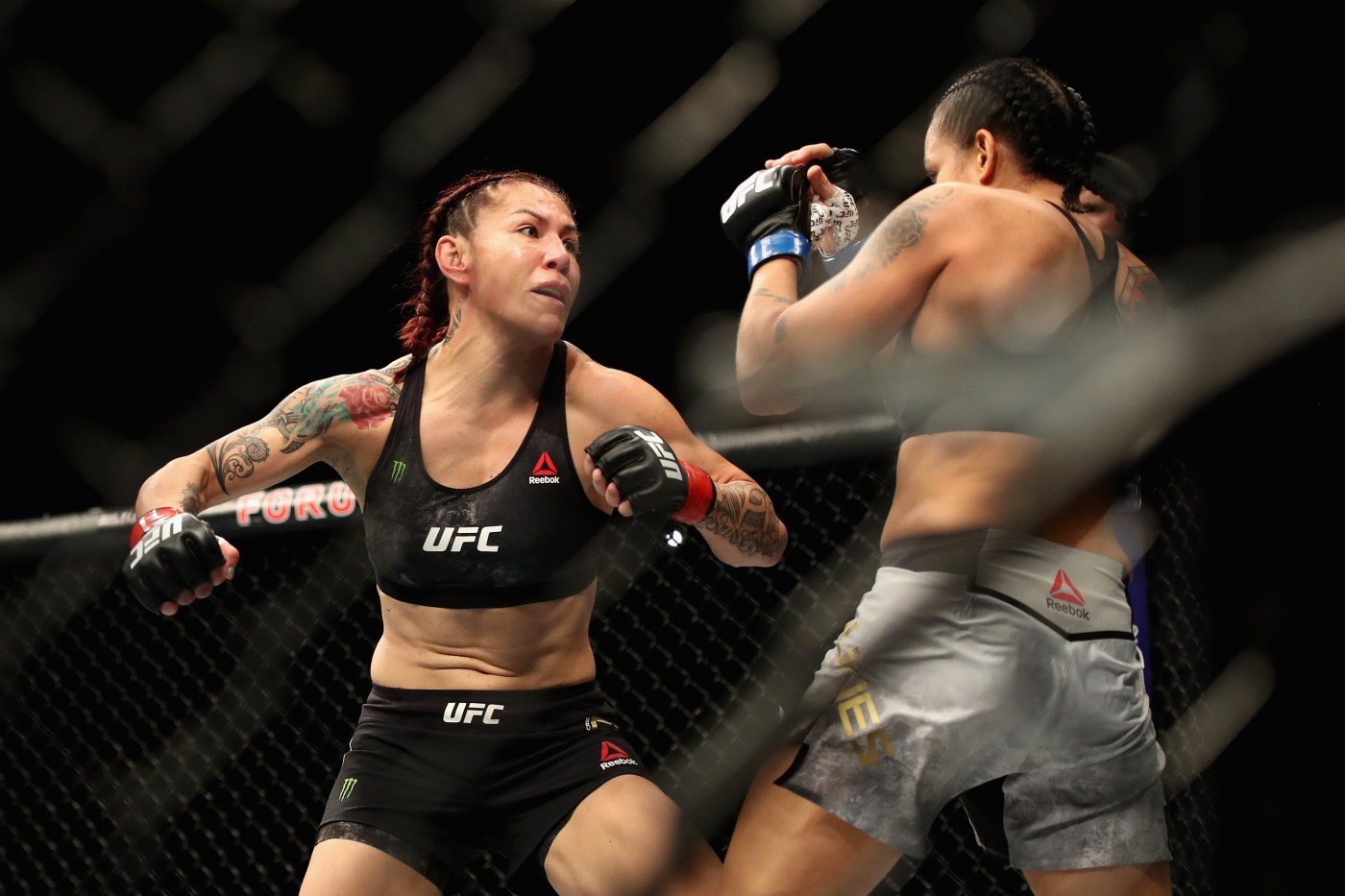 Cris “Cyborg” Justino says all the right things about staying focused on her 145-pound title fight in the main event of Bellator 249.

But the 35-year-old Brazilian who has accomplished about all there is to achieve in MMA — highlighted by winning world championships across four major promotions — has her sights set on more than winning big in Bellator.

She’d like a cross-promotional fight with a challenger from the Japanese MMA organization, Rizin. Somehow, someway, she wants a rematch with UFC champ Amanda Nunes, who knocked out Justino in 2018. (Don’t count on that one.) And spurred by the success of crossover fights in the men’s field, Justino has toyed with the idea of lacing up the gloves against boxing world champion and 2012 Olympic gold medalist Katie Taylor.

“Everybody knows my dream is to do a boxing fight,” Justino said.

The dream is on hold until Justino (22-2, 1 NC) takes on Australia’s Arlene Blencowe (13-7) in the featherweight title fight Thursday at Bellator 249 from Mohegan Sun Arena in Uncasville, Connecticut.

Justino won both of her fights in Bellator after her acrimonious split with UFC, and her fourth-round stoppage of Julia Budd at Bellator 238 in January put another belt around her waist.

Budd had won 11 consecutive fights since Ronda Rousey beat her with an armbar back in 2011 and had reigned as Bellator’s featherweight champion since 2017. Blencowe lost to Budd in a 145-pound title fight in 2017 but rebounded to win her last three fights and get another shot against Justino.

“What makes me really happy is that this is a true 145-pound division,” Justino said. “I always wanted this. My whole career I have been saying how a woman’s 145-pound division could work, and Scott Coker is signing all the best girls for the division and they will be great fights.”

Coker, the Bellator president, has been one of Justino’s biggest backers for most of her career. She was a champion in Coker’s former Strikeforce promotion and both sides were eager to reunite in 2019.

“Scott Coker appreciates every fighter. You never see him blame fighters in the media, you just don’t,” Justino said. “He does not try to damage the brand of the fighters, because this is a partnership. Here is the thing, if the fighters don’t fight, the event doesn’t happen. Scott knows this, so he has a great relationship with the fighters and is very professional.”

Happiness is a common theme these days with Justino. She professed her love of fighting for Bellator. She’s happy she played a role in watching women’s MMA blossom into big business and main-event matches — which includes her fight Thursday on the CBS Sports Network. And she was happy she stayed in America during the coronavirus pandemic and was able to train at Kings MMA gym in Southern California with her old coach Rafael Cordeiro.

Cordeiro was Justino’s coach when she destroyed Gina Carano in 2009 in the first women’s MMA superfight.

Justino is a heavy favorite and should she get past Blencowe, a former boxer …read more

Justin Fields, No. 5 Ohio State run away from Nebraska in opener