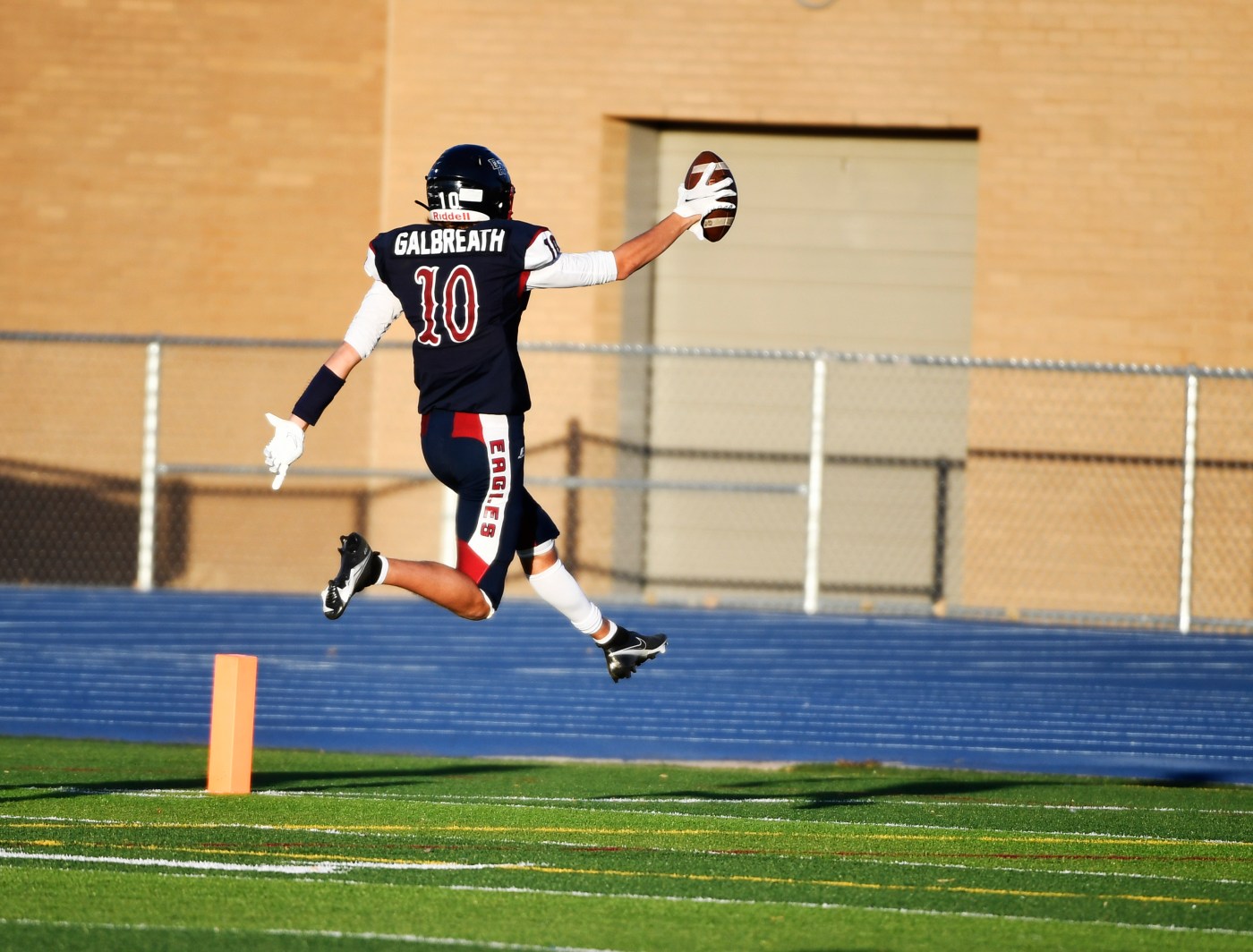 Colorado’s No. 1-seeded Class 4A team had heard whispers and hints that their perfect record and laughably lopsided victories were byproducts of a weak schedule.

“Yeah, we kind of came out with a little chip on our shoulder,” senior quarterback Ben Gultig said Saturday evening at chilly Pirates Stadium at Engelwood High School.

Gultig’s grin spread ear-to-ear. And why not? His undefeated Eagles (7-0) had just blasted Montrose 76-34 in the 4A quarterfinals, earning a trip to the semifinals next week against undefeated Loveland (7-0).

The Eagles’ pyrotechnic offense put on a remarkable show Saturday. On the game’s third play, Gultig blasted through the middle of the Indians’ defense for a 53-yard touchdown sprint. It was a hint of things to come. Remarkably, Dakota Ridge scored on all 12 of its offensive possessions — scoring 10 touchdowns and adding two field goals by Tilo Pena, including a 46-yarder at the end of the half that would have been good from 60 yards out.

“I never dreamed about us getting 76 points,” said head coach Ron Woitalewicz, who made sure he credited offensive coordinator Jeremiah Behrendsen. “Part of it was us getting turnovers early and getting some short fields to work with. Our offense is hard to stop when you have 80 yards to go. You give us 30 or 35 yards and it’s really going to make it difficult for you.”

Montrose discovered that reality in a hurry. Two fumbles in the first quarter were quickly converted into Dakota Ridge TDs — a 2-yard run by Charlie Offerdahl and an 8-yard reception by Mason Galbreath. The Eagles led 21-0 less than five minutes into the game.

Yes, the Indians (4-3) were clearly overmatched, but they played gusty, hard-hitting football. As Woitalewicz put it: “Our guys are going to feel it tomorrow.” And had it not been for four lost fumbles and an interception, Montrose would have made it a closer game.

After getting stunned early, the Indians did what they do best. They put together scoring drives of 80 yards on 18 plays (a 3-yard TD pass from Keagen Goodwin to Trent Blundell), and 80 yards on 16 plays (Austin Griffin busted in from the 1-yard line) to cut the Dakota Ridge lead to 24-14 late in the first half.

Colorado high school football playoffs roundup: Who’s advancing to Class 5A, 4A and 3A semifinals?

Valor Christian blows out Cherokee Trail in first round of playoffs