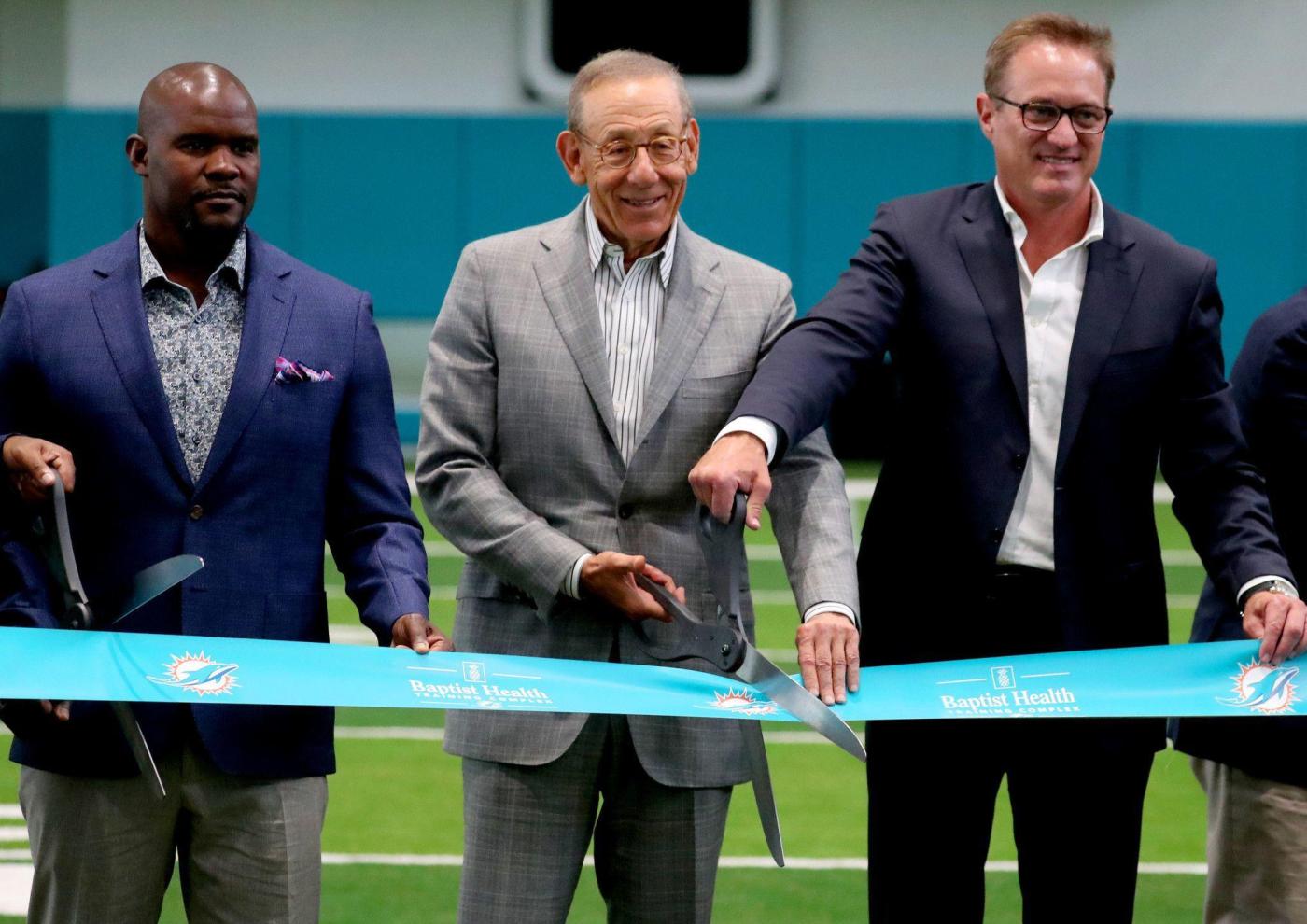 When Steve Ross bought the team in 2009, incoming team president Mike Dee, a marketing guy, told football people previously reporting to vice president of football Bill Parcells to report to him. That caused “communication and collaboration” problems to cite a recent phrase. Parcells left the team.

Ireland soon had communication and collaboration problems with new coach Joe Philbin. As did Philbin and new football overseer Dawn Aponte with general manager Dennis Hickey. As did Philbin with his full team leading to Bullygate.

Everyone was still communicating and collaborating so poorly by 2016 Chris Grier said upon being promoted to general manager to start another new era, “The talk of dysfunction within the organization is over.”

It wasn’t over. They didn’t address the real problem. It continued through the era of coach Adam Gase and vice president of football Mike Tannenbaum as a land grab continued over who had power inside the team. Each was fired after three years.

Then in 2019 Grier hired Brian Flores as coach. He must not have communicated and collaborated with him properly, though. Grier accepted the plan of Ross and team president Tom Garfinkel to tank a season (or two) — even if they didn’t call it that — by trading good players for draft picks.

Flores wasn’t on board with that plan from Day One. He coached to win. No one stopped him inside the organization. So the Dolphins sacrificed a season (now three), but Flores won two meaningless games at the end of 2019 and lose the Holy Grail of the No. 1 draft pick.

This past week Flores was fired for “communication and collaboration” issues, as Ross said. As if that’s a new issue inside this team’s operations.

Here’s the problem the Dolphins always have: What’s the problem? Seriously, they don’t see it. They just keep throwing a fresh coat of paint on a poorly constructed house and saying it’s beautiful.

Everyone’s attention is on who the Dolphins should hire as a coach. But the Dolphins problem right now isn’t who.

Grier or the new coach?

It’s never been abundantly clear who’s in charge of the football side for the 13 failed Ross years. That’s Step A here. Get a sharp football mind and strong personality and put them in charge to make hires that end these constant communication and collaboration issues.

That will end the internal dysfunction. That’s a first step in the right direction. It gives everything else a chance to work. It won’t guarantee success, of course.