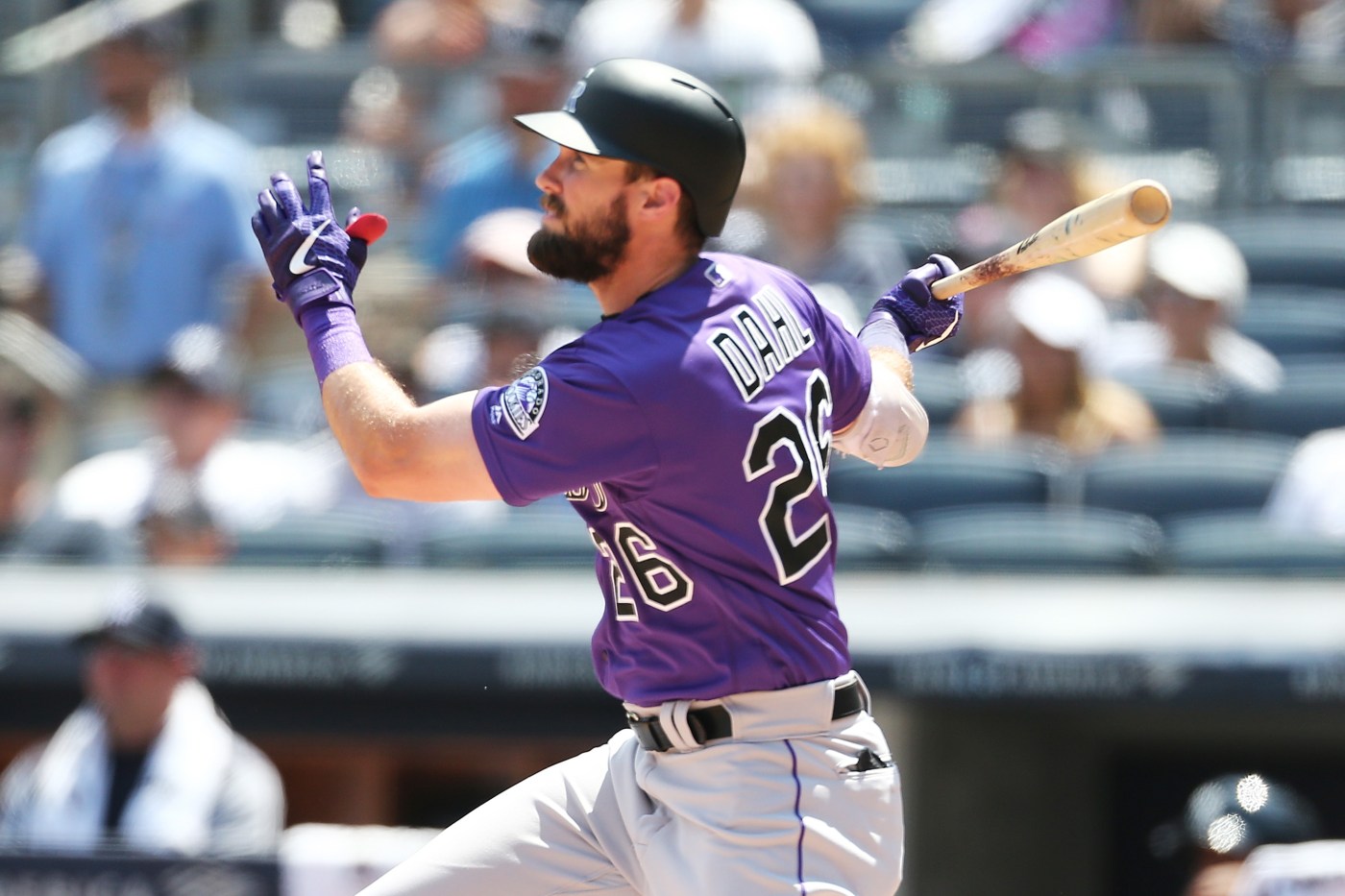 The Rockies’ offense is like a stubborn, 20-year-old car on a frigid winter morning. It needs a jump.

But it doesn’t look like any significant help is coming via free agency because the team says it does not intend to sign a big-money free agent. A boost could come via a trade, but that would likely mean dealing either Nolan Arenado or Trevor Story. That scenario is a one-step-forward, two-steps-back scenario.

There is, however, one player already on the roster who could potentially provide the spark and added power the Rockies so desperately need: outfielder David Dahl.

The important word here is “potentially.” Because Dahl’s sweet swing and considerable skills in the outfield have been obscured by his well-documented injury problems.

“I know I can be a good player,” Dahl, 26, said near the end of a 2020 season marred by an oblique strain and a right shoulder injury that required surgery. He played in only 24 games with just 99 plate appearances, hitting .183 (17-for-93) with no home runs, two doubles and two triples.

“I know I’ve had success while I’ve been up here. It’s a matter of availability and being out there on the field. But I’ve got to really sit down this offseason and kind of figure out what I need to do as far as figuring out my body.”

Manager Bud Black believes Dahl is on the right track and said the reports he’s received are encouraging.

“David’s rehab is going smoothly and his strength is great,” Black said. “I expect a big bounceback from David. He’s a big reason our offense will turn it around. He’s too talented a player not to.”

Commentary: Donovan Mitchell’s player option no cause for concern

A healthy Dahl won’t solve all of those shortcomings, but he could help.

Dahl had flashed his skills before. He made his big-league debut on July 25, 2016, at age 22, and promptly hit safely in the first 17 games of his career, tying the major league record. Dahl finished the season hitting .315 with seven home runs and 24 RBIs in 63 games. His .315 average tied Todd Helton in 1998 for the highest batting average by a Rockies rookie (minimum 200 at-bats).

But Dahl’s injury history is extensive. He’s been afflicted by simple bad luck, as well as injuries that call …read more