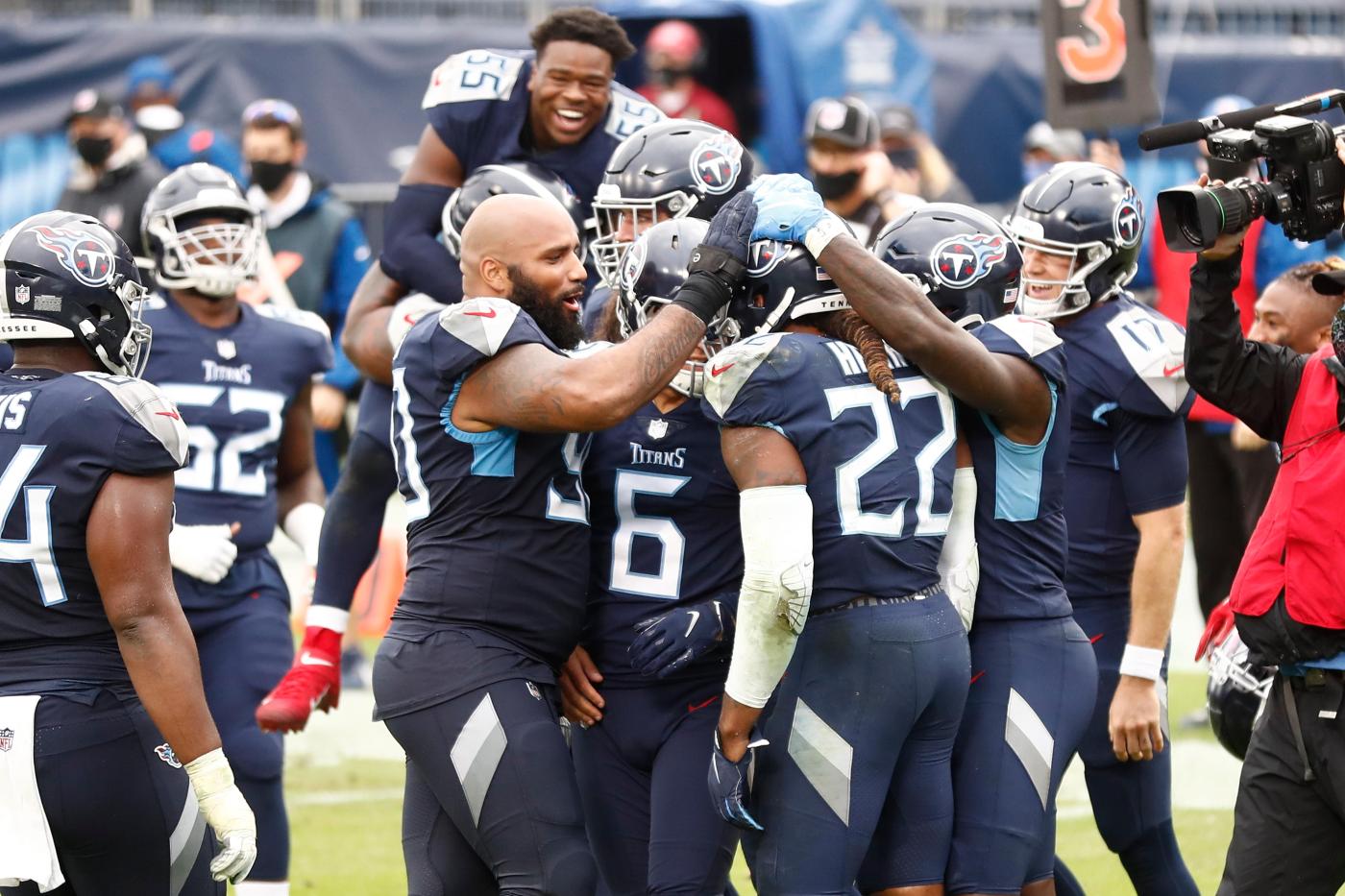 Last season’s rushing leader keeps finding new ways to top himself, taking the Tennessee Titans along with him yet again.

Henry took a direct snap and ran 5 yards for a touchdown 3:30 into overtime and the Titans remained undefeated, rallying to beat the Houston Texans 42-36 on Sunday.

“Obviously, we all witnessed somebody taking a game over,” Titans coach Mike Vrabel said of Henry.

The Titans (5-0) finished with a franchise-record 601 yards of total offense. That helped them overcome two turnovers, Stephen Gostkowski having a field goal blocked and missing another and the defense giving up 335 yards passing and four touchdown passes to Deshaun Watson.

Watson’s final TD pass put Houston (1-5) up 36-29 with 1:50 left, but his pass to Randall Cobb on the 2-point conversion attempt failed. Coach Romeo Crennel, in his second game since replacing the fired Bill O’Brien, said he went for the conversion in a bid to put the game out of reach. Crennel also didn’t take a timeout before the game-winning TD.

“That play was run in practice, and we should have been prepared,” Crennel said of the wildcat play.

Ryan Tannehill, who had three of his 19 career game-winning drives to start this season, drove the Titans 76 yards before finding A.J. Brown on a 7-yard TD pass with 4 seconds left. Gostkowski made the extra point, and the Texans fielded a squib kick to send it into overtime.

Henry ran for 202 yards in regulation, including a 94-yard TD run. In overtime, he took a screen pass 53 yards on the second play. He capped the six-play, 82-yard drive with his second TD of the game, finishing with 212 yards rushing and 52 yards receiving.

The Titans are 16-0 when Henry runs for at least 100 yards. Asked about his performance, Henry kept giving credit to his teammates.

“I just had to do my job,” Henry said more than once.

The Titans have their second-best start in franchise history since this franchise won its first 10 games in 2008. Their win, combined with Pittsburgh’s victory over Cleveland, sets up a showdown between the AFC’s last two undefeated teams here in a week.