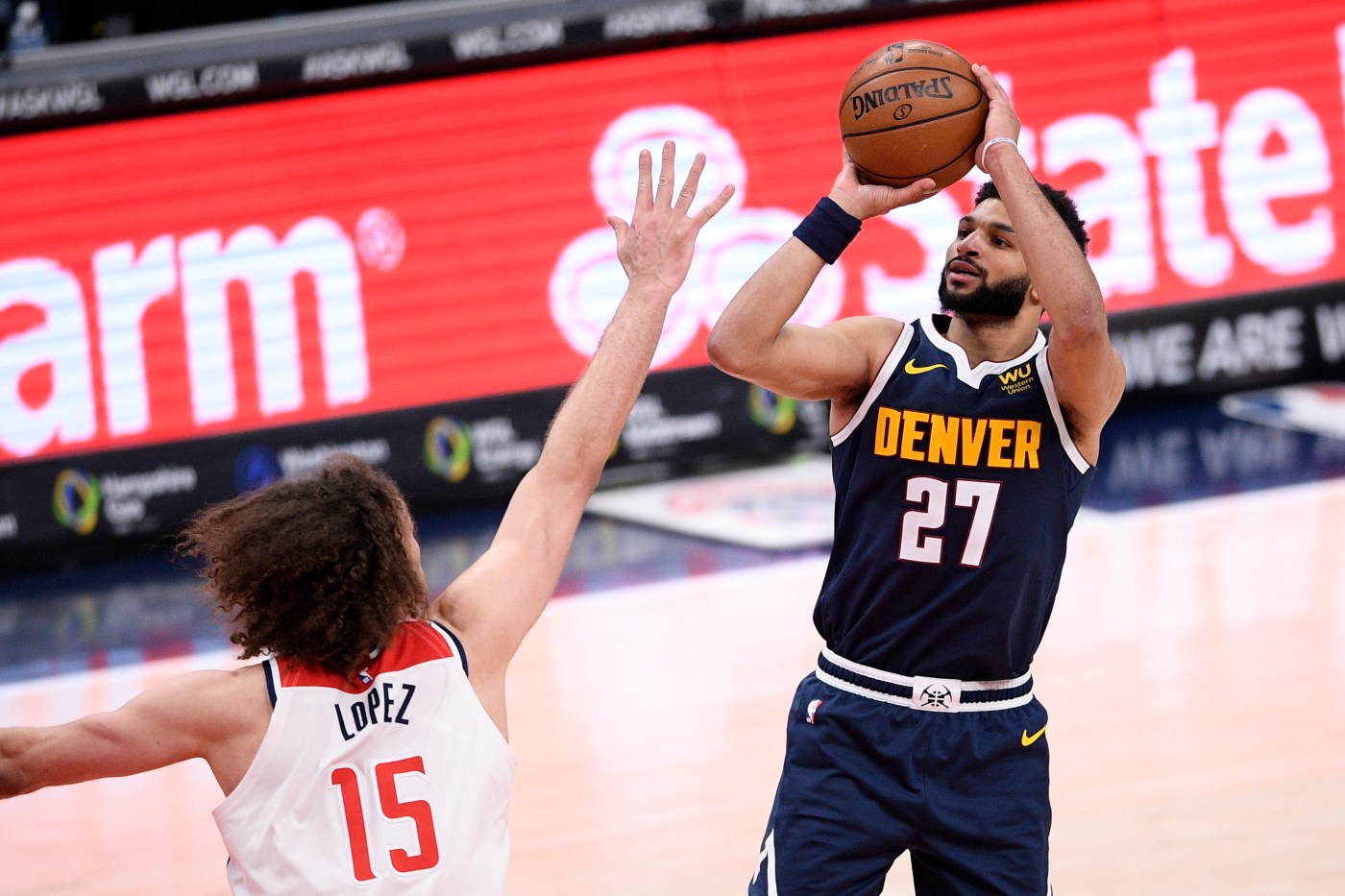 Hot would’ve been an understatement.

What Wizards sniper Davis Bertans did to the Nuggets Wednesday night could only be described as scorching.

Down 13 with 4:39 remaining, the Nuggets stormed back to tie it at 125 with a barrage of 3-pointers. Jamal Murray had eight straight points, including 19 in the fourth quarter alone, but when JaMychal Green fouled Bertans with :8 seconds left on a three, it gave the Wizards a late three-point lead.

Murray responded, again. His deep 3-pointer tied it at 128, but there were 2.1 seconds on the clock. Wizards All-Star Bradley Beal took the ball straight to the hoop, drawing yet another foul from Green.

With Beal’s two free throws, Denver’s frenetic comeback attempt was over. The loss – Denver’s second in a row – dropped them to 15-13 on the year and spoiled another magnificent game from Nikola Jokic. Murray had a team-high 35 followed closely by Jokic’s 33.

Facundo Campazzo provided a huge spark off the bench with 14 points, but Washington’s reserves far outplayed the Nuggets’.

Denver’s offense deteriorated to start the third quarter, leaving Jokic to scratch and claw for whatever scoring he could muster. But down 79-73, Campazzo returned to the game and immediately lifted the Nuggets’ collective energy. He finished back-to-back buckets in the lane, which momentarily took some pressure off Jokic, then drained a 3-pointer to cap off his spree. The Nuggets got a late basket from Murray to make it 100-93 entering the fourth.

Following Tuesday’s loss to the Celtics, Nuggets coach Michael Malone said Wednesday’s tilt against the Wizards came down to his team’s approach.

“What is our mindset, what is our energy going into the game?” Malone said. “What is our respect level for our opponent? … Bradley Beal is the No. 1 scorer in the NBA. His backcourt partner, Russell Westbrook, is a one-man fastbreak.”

The return of Gary Harris helped defensively, though Denver’s starting two guard struggled mightily to regain his rhythm on offense. The Nuggets did get a boost from Michael Porter Jr., whose offense had abandoned him the last week and a half.

He finished the first half with nine points and two steals, while Denver’s offense was paced by 17 from Jokic and 14 from Murray.

“My message to Michael, my message to JaMychal Green, ‘If you’re in a shooting slump, don’t get passive out there,’” Malone said. “’Don’t get hesitant out there. Continue to step into your shot and shoot it with confidence because that’s the only way you’re going to get out of that funk that you’re in.’’

The Nuggets played nearly flawless basketball in the first quarter, funneling the offense through Jokic and keeping the Wizards’ defense on its heels with superb ball movement. But their 20-point cushion lasted less than a quarter.

Behind Davis Bertans’ 3-point shooting and aggressive play from Beal and Westbrook, the Wizards thrashed the Nuggets before the break. Washington outscored Denver 46-23 in the second quarter alone to …read more

‘We’re not letting COVID take another tournament away from us’: BYU taking every precaution to keep team safe