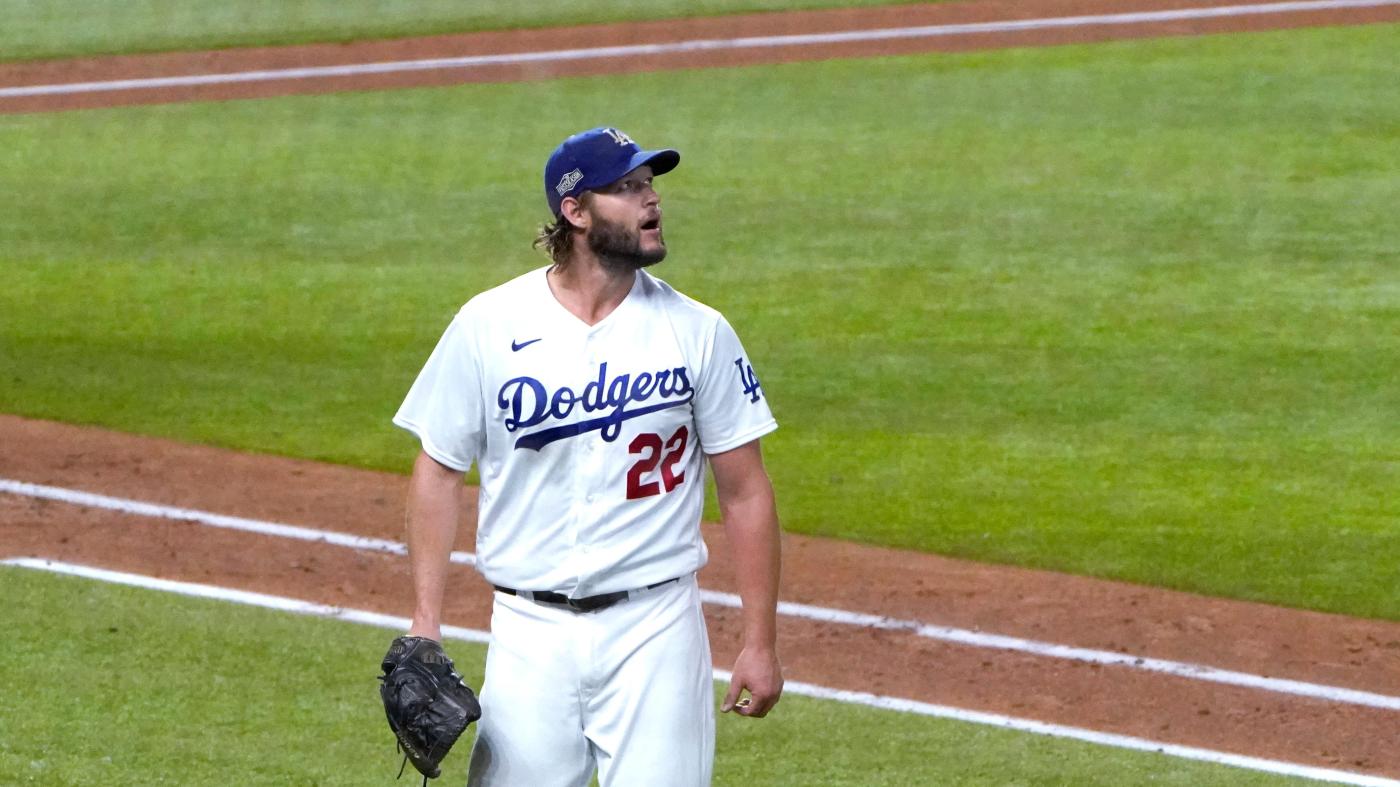 ARLINGTON, Texas (AP) — Clayton Kershaw was scratched Tuesday from his start for the Los Angeles Dodgers in Game 2 of the NL Championship Series due to back spasms.

Right-handed rookie Tony Gonsolin will make his major league postseason debut in Kershaw’s place with the Dodgers down 1-0 in the series to the Atlanta Braves.

The Dodgers announced the decision on their longtime ace about six hours before the first pitch in Arlington, Texas. Kershaw dealt with back pain once previously during an otherwise resurgent season for the 32-year-old left-hander, a three-time NL Cy Young Award winner.

After missing his opening start of the regular season with back tightness, Kershaw recovered quickly and went 6-2 with a 2.16 ERA in 10 starts as the Dodgers finished with the majors’ best record. He had 62 strikeouts in 58 1/3 innings and finished second in the NL with an 0.84 WHIP, while opponents batted just .194 against him.

Kershaw has kept it up in the postseason with victories in two strong starts.

He threw eight scoreless innings of three-hit ball and struck out a career postseason-best 13 to beat Milwaukee in the wild card round. Kershaw picked up another win in the Division Series while allowing three runs over six innings against San Diego.

Kershaw has dominated the Braves throughout his career, going 7-0 with a 1.49 ERA in 14 starts. He is 2-0 in three postseason starts against Atlanta, allowing just one earned run in 21 innings.

Although Kershaw has endured playoff problems in the past, his 11 postseason victories are the most in Dodgers history.

6 takeaways from the weekend in college football

Gonsolin earned a spot in the Dodgers’ rotation in late August after several outstanding spot starts. He had a 2.31 ERA in nine games during the regular season with 46 strikeouts in 46 2/3 innings, earning consideration in the crowded field for the NL Rookie of the Year award.

Bob Melvin reflects on ALDS loss to Astros: ‘We ran into a buzzsaw’

Billy Beane offers state of the state on A’s

The Dodgers didn’t immediately announce any adjustment to their rotation for the rest of the NLCS. Dustin May, a potential starter later in the series, faced eight hitters Monday while Los Angeles lost 5-1.