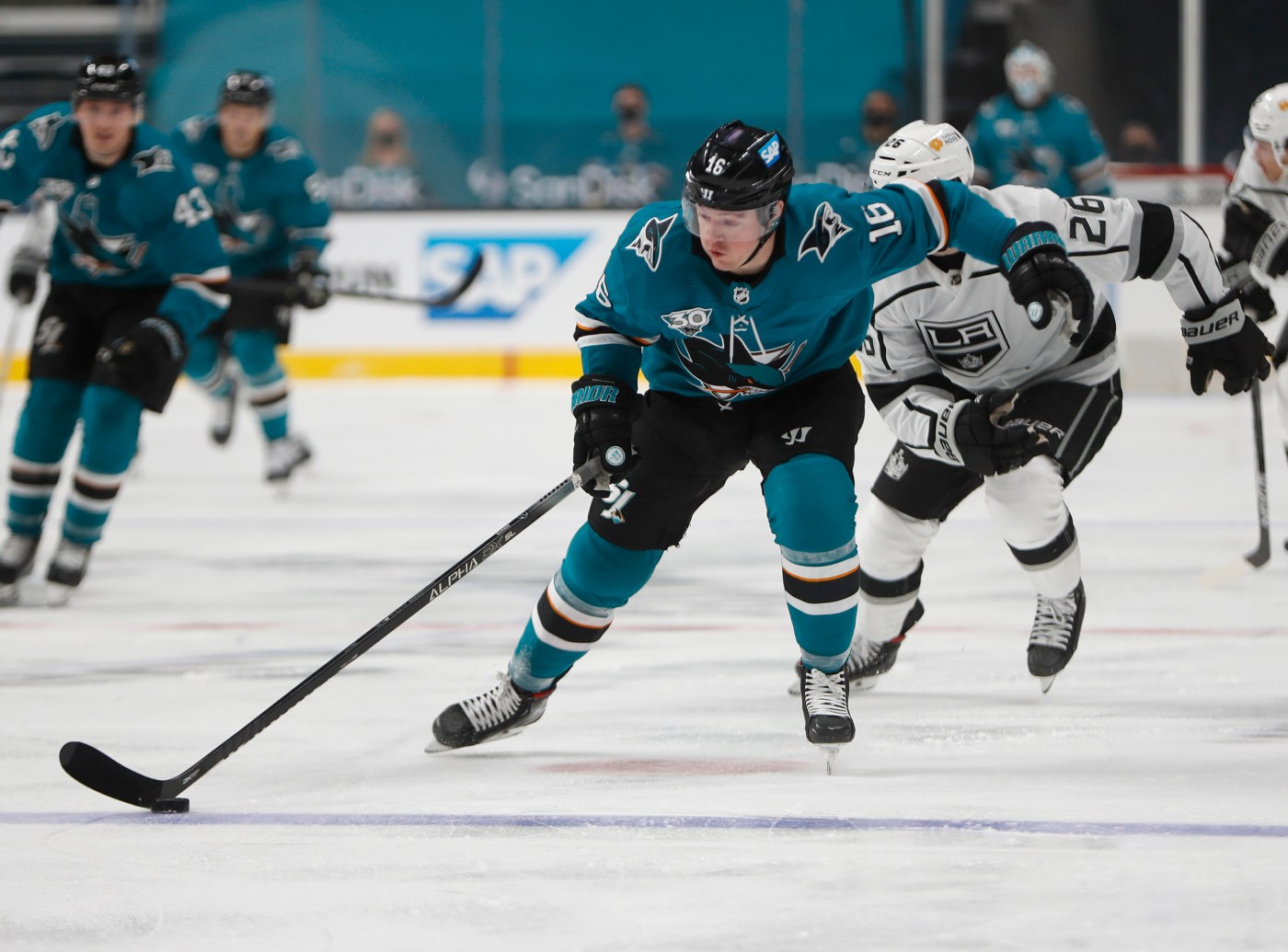 It is no secret the San Jose Sharks are using their last few regular-season games to evaluate certain players on the roster, to see who can fit with the team long-term.

Forward Ryan Donato, set to become a restricted free agent in the offseason, is no doubt undergoing that same type of scrutiny.

Donato’s play and production have been up-and-down in his first season with the Sharks. He got off to a solid start with five points in his first eight games, went without a goal in 10 games in February, rebounded with 10 points in 17 games in March, and had just two points, both assists, in 13 games in April.

“I just want to finish as strong as I possibly can,” Donato said. “I obviously want to do as best I can to chip in offensively. But for me, I also want to show that I can play the right way and buy into the systems and do the right things to make myself a player that can be trusted every night.”

Donato’s agent, Matthew Keator, said in an email that contract talks with the Sharks will take place in the offseason. Still, it would be a surprise to see the two sides not come to an agreement on a new deal, although the Sharks could also trade Donato or expose him to the Seattle Kraken’s expansion draft this summer.

“Everybody that’s got an expiring contract is something that we’ve got to look at to see what we’re going to look like next year as a team, and who fits and who doesn’t,” Sharks coach Bob Boughner said. “It’s not like we don’t know what we’re getting with (Donato).

“The good thing about his game is that from the tops of the circles down in the offensive zone, he’s got good hands and he finds the net and he’s got good hockey sense with the puck. We definitely have to see what we think our team’s going to look like next year.”

Donato’s ice time has dwindled from the start of the season until now, as he’ll start Saturday’s game on the Sharks’ fourth line with Patrick Marleau and John Leonard. Donato averaged just under 15 minutes of ice time per game in January but was down to 11:19 per game in April.

Nevertheless, the NHL’s salary cap is expected to remain flat at $81.5 million for next season and likely beyond, so the Sharks are going to need several players on economical contracts to make a difference.

Perhaps Donato fits into that category, although his role with the team next season might still be a mystery like it was in October when he was acquired by the Sharks for …read more