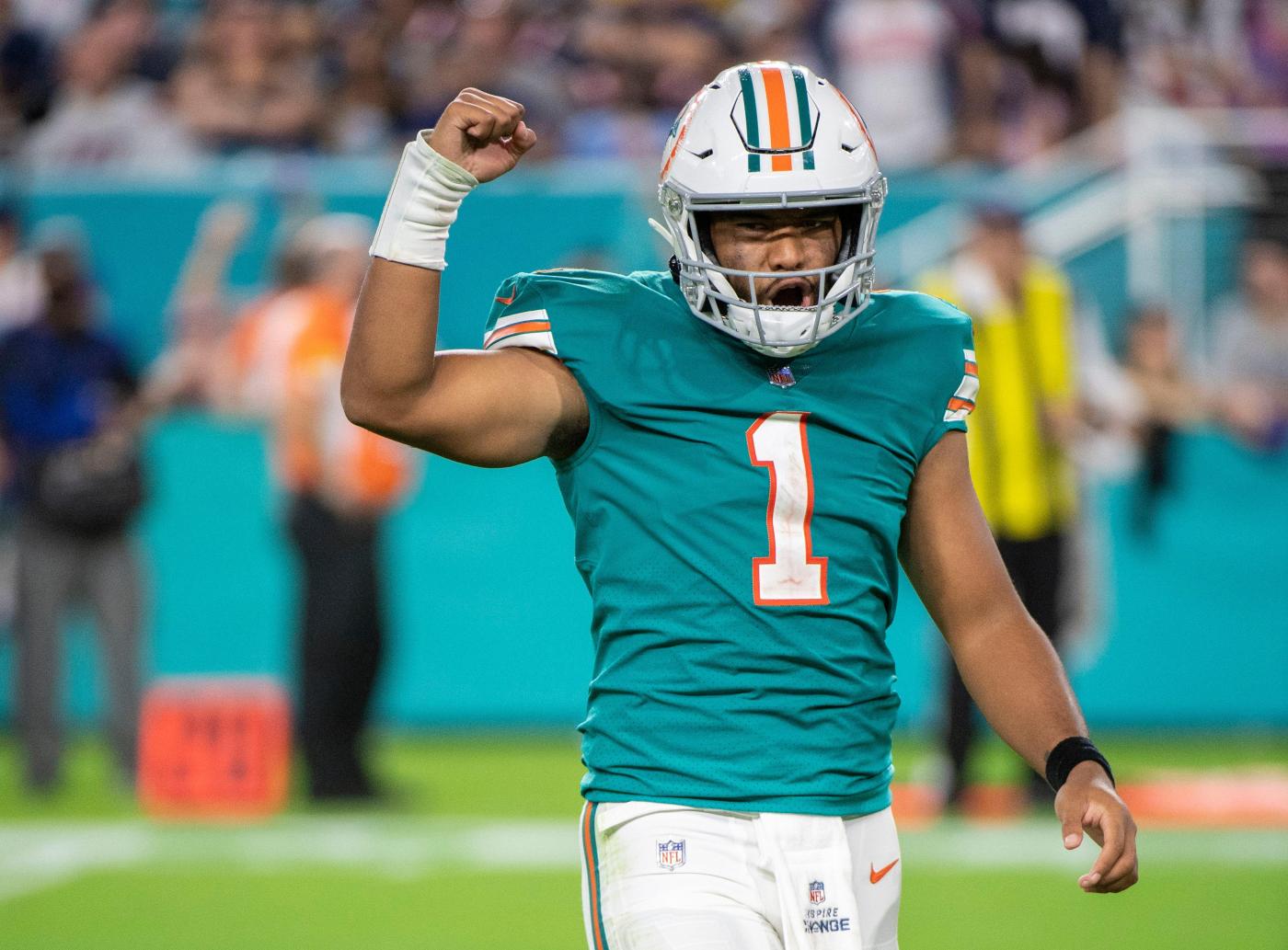 The next Miami Dolphins head coach will likely have to like quarterback Tua Tagovailoa.

As the Dolphins have set up a slate of seven interviews for the vacancy created by firing former coach Brian Flores, multiple reports came out on Saturday morning indicating the franchise plans to move forward with Tagovailoa as its quarterback for his third NFL season.

It also essentially ends the Dolphins’ pursuit of Houston Texans quarterback Deshaun Watson, an elite quarterback but one who did not play the 2021 season amid 22 civil suits accusing him of sexual misconduct and two of those alleging sexual assault. Miami, with Flores as head coach, had been heavily involved in trade talks for Watson throughout the past offseason and preseason and up until past season’s trade deadline.

NFL Network reported there’s a “plan to build around and support [Tagovailoa].”

ESPN added, “the chances of the Dolphins pursuing or acquiring Texans’ QB Deshaun Watson are greatly diminished, if not gone. … Flores had an interest in exploring a Watson deal, but others in organization, including owner Steven Ross, did not.”

Tagovailoa completed 67.8 percent of passes for 2,653 yards, 6.8 per attempt, 16 touchdowns and 10 interceptions, adding three rushing touchdowns in the 2021 season. He missed four games with separate rib and finger injuries, most of the Sept. 19 loss to the Buffalo Bills after going down early in the home opener and the first half of the Nov. 11 victory over the Baltimore Ravens.

Getting back into the lineup early in the second half against Baltimore, it began a run of four consecutive appearances with a quarterback rating higher than 100, a solid stretch during Miami’s seven-game winning streak that followed a seven-game losing streak. Tagovailoa, however, could not replicate that same success through the final four weeks of the season, including an ugly outing in rainy, chilly Nashville for a 34-3 loss to the Tennessee Titans that ultimately eliminated the Dolphins from playoff contention.

49ers Studs and Duds: Deebo Samuel leads the way to a playoff win over the Cowboys as Jimmy Garoppolo, Kyle Shanahan crumble in second half

Ross, in his Monday comments amid parting ways with Flores, said quarterback decisions played “no role.”

Ross added then he has “no plans” to reignite trade talks for Watson.

During the Dolphins’ pursuit of Watson, which resulted in them passing on a trade at the Nov. 2 trade deadline, Flores continuously reiterated “Tua’s our quarterback” and deflected questions on rumors and reports of Miami’s interest in Watson.

Dolphins general manager Chris Grier spoke the day after the deadline and explained the organization’s reasoning behind exploring Watson trade possibilities: “If there’s a player available around the league that’s viewed as being one of the top players around the league at any position, you look at it and try and go for it.”